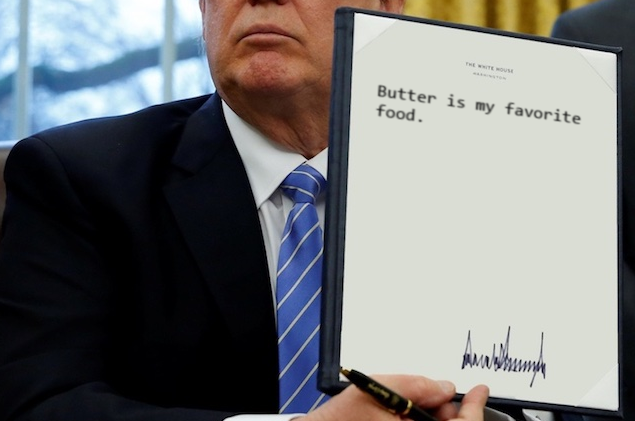 In today’s buzz: bans, waste, pensions, and procurement. Yesterday, my brother asked me if I had any hobbies and I said “pretty much just work-related stuff.”
This buzz is brought to you by executive orders with food quotes from Parks & Recreation. Wanna make your own?

What I’m Listening to – Trololo

What I’m Reading – the internet

What I Watched Last Week – Fixing Government: Bottom Up and Outside In (audio available now; video will be posted soon)

What I’m Doing – listening to the rain