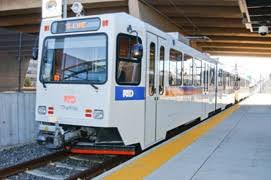 We often think of light rail as a single component of a larger transit system, but if it’s done right it can just as soon serve as the foundation. Since 1981 a dozen American cities have built light rail lines atop bus-only systems. In five of them — Dallas, Portland, Sacramento, Salt Lake City, and San Diego — light rail now accounts for at least 30 percent of all transit ridership in the metropolitan area, even as it covers less than that much service space in the region.

Transit researchers Gregory Thompson and Jeffrey Brown of Florida State, known for their espousal of multi-destination transit systems, recently took a closer look at these light rail systems to determine what characteristics define the best of the best. In a recent issue [PDF] of the Journal of Public Transportation, Thompson and Brown identify two of these “backbone” systems in particular — Portland and San Diego — as far more efficient than the others.

Thompson and Brown settled on three key factors in the success of these systems. First, a great light rail system anchors a transit network that’s dispersed throughout a metro area. Second, it acts as an express regional alternative to the local bus network. And third, it promotes transfers between the bus and rail systems. The researchers believe these traits can serve as guides for future light rail planners “by setting forth attributes that these services need to possess in order to attract substantial ridership.”

In good Olympic spirit, the researchers then judged all five of the above “backbone” systems and gave them scores of up to five points on each success marker, for a possible total of 15 points. Here’s how the light rail systems placed, from highest- to lowest-scoring. (Caveat: the data were collected circa 2007, which made the evaluations especially unfavorable to Salt Lake City’s popular TRAX system, so we’ve omitted that here.)