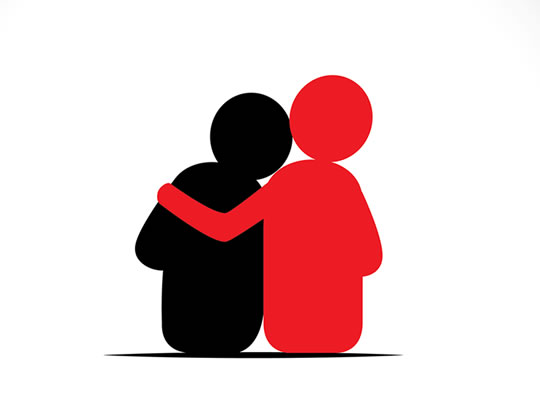 Today’s Morning Buzz is by me, Dr. Sarah Martin. Follow me on Twitter @SarahKCMO and let’s cry together virtually

What I’m Reading: I’m a big fan of narrative non-fiction that reads like fiction and makes me cry. I am catching up on some favorite authors and I’m currently deep into Spain in our Hearts by my fave, Adam Hochschild. I am also simultaneously reading Do You Mind if I Cancel (laugh out loud!) by Gary Janetti and Catch and Kill by Ronan Farrow (WHO IS TOTALLY FRANK SINATRA’S SON CAN WE ALL ADMIT) for work book club.

What I’m Watching: I just finished Rhythm and Flow a while back and I can’t stop rewatching certain episodes. Even if you don’t like unscripted series, you need to see this. Also Jack Ryan season 2 inexplicably makes me want to visit Venezuela. Which I don’t think was the point.

What I’m Listening To: I’ve been going back in the emo-Sarah archives lately to find things that I can sing along to and I’ve been going hard on some Jeff Buckley and old Luke Temple.

Here I am again, finishing up a Morning Buzz article in the St. Louis airport during a layover. It’s only fitting, then, that I continue on the same theme as my last article. I am so tired—my anxious mind wouldn’t stop last night and my 5:40 am flight tested the limits of the patience and empathy I’m trying so hard to cultivate in my heart.

Side note—I’m eating breakfast at the airport Chili’s and the waitress has to tell every customer that they can’t order the omelette because “the machine is broken”. WHAT IS AN OMELETTE MACHINE.

I had a wild dream the other night, probably after thinking too hard about this 311 data story we are building at work. I dreamed a dream of a compliment line where city residents could call or tweet positive reinforcement to government employees. It was a 711 line, if you will. An opportunity to break the constant stream of complaints that is the daily life of the people who serve. The troll online. The blow hard at the town hall. The people who call to complain about something you can’t possibly fix. The people who hate bikes. The cyclists who hate cars. The hate, the hate, the hate.

And yes, I really did have a dream about this and yes I know how sad it is that this is the type of stuff I dream about.

It’s easy to say “hey, lead with empathy” but it’s a lot harder to actually DO empathy when 99% of your interactions with the residents you work with is centered on your shortcomings. How do you not turn into an angry, negative ball of energy who finds the bad in everything when that’s all you know?

After my last article, I thought a lot about the habits we fall into and new habits we can build to practice empathy. I read every listicle on the internet, did every guided meditation. I gloated in the self-righteousness of “doing the hard work of empathy”. But then, per usual, just when you think you’ve got it figured out, God has a way of presenting situations where you are forced to practice these skills and—sometimes—you fail.

Not too long ago I found myself on a plane to a national conference that I normally love. I was in a particularly low mood. I won’t go into too much detail, but I had this general feeling of being left behind. It was my first time at this conference attending as a vendor, which was conjuring up images of me throwing peanuts at a crowd of government folks who would avoid me in the hallways because I wasn’t one of them anymore.

I was flying Southwest, which is a particularly verdant breeding ground for annoyances. Everything was irritating me from the moment I boarded the plane. I personalized every small inconvenience as if it was a big cosmic conspiracy against me alone. I was mad at the pre-boarders who didn’t look like they needed extra time down the jetway. I was mad that I was in the 2nd row. I was mad at the child with bony elbows next to me, jabbing my sides. I was mad at whoever it was who smelled bad and was giving me a headache. I missed my family and I hated everyone.

And then yikes. It hit me. I’ve allowed negativity to have way too much power in my life.

Suddenly, I saw my list of complaints as a snaking line of angry residents at a town hall meeting. In the absence of actual, valid complaints I just went and created stupid ones, and I let them line up and steal my time.

The kid with the bony elbows next to me turned out to be an aspiring child actor, which she told me about almost immediately the minute she found a window to talk to me. She was heading to Orlando to shoot commercials, or something like that. She said she liked my pedicure, said the light color looked “good against my darker skin”. I made an off-hand comment that my pedicure was chipped and she responded:

“You should work on taking a compliment”

But it wasn’t precocious or irritating. It was actually very insightful, and I felt myself open up a bit and not jump instantly to annoyance. She told me she was 9 years old, and you could tell that her family was not flush with cash from some of the stories she told–she shared a bedroom with a sister and two cousins; she was only allowed one frappuccino a month as a treat, “after payday”.

She asked if I had kids, and if my husband missed me when I traveled from work.

Me: “I do have kids–three of them. And I don’t have a husband, but I do have a boyfriend.”

Her: “Oh. Is your boyfriend their Dad?”

Tears stung in my eyes but I didn’t want her to think she made me cry.

Me: “Well, they were kind of surprised by it I guess. But everyone is adjusting ok”

Her “I guess that means you did it right, if they were surprised. That means they didn’t have to hear you yell at each other”

I turned away to pretend to look out the window and I squeezed my eyes shut for a second to try and not just lose it. It felt so intense to be validated by this random child.

She asked what I did for work, and I tried to explain that I worked for a company that helps Government. She said “I bet you’re good at that… how do you feel about Trump?”

I pause, doing some mental calculations. She is from rural Oregon, on her way to Florida. How do I navigate this one?

“Yah, me neither. My mom curses at the TV sometimes when he’s on.”

In front of me was an adult man who clearly functioned at the intellectual and developmental level of a toddler. He was thrashing and groaning loudly every time he got excited or angry. He was a very large man, and every time he thrashed his whole seat would shake, at one point forcing my drink off the tray and onto my lap. I watched his mother turn her head away from her son, a look of deep exhaustion on her face.

I could feel my anger rising; I could see that anger start walking to the microphone in my brain.

I tried to focus on my breathing, and I stared at the alligator logo on the back of the man’s hat in front of me. 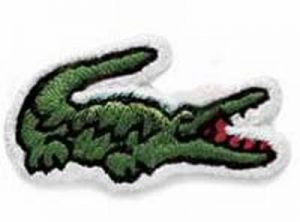 As I stared at the alligator I got a vivid image of this grown man as a young boy. Did he laugh at the alligator’s lolling smile? Were alligators his favorite animal, as they were mine? What did his mother feel when she found out that she would, basically, be taking care of a child for the rest of her life? No wonder she was exhausted. No wonder her eyes were so sad.

My anger dissipated. I felt, instead, a calming wave of empathy and love for this family I did not know.

I remembered then the advice I used to give my employees when our residents came to them with nothing but problems and complaints:

Picture this adult as the baby they once were.

At one point, this Bob spitting hate at a rally, or this Karen screaming at the town hall—they were newborn babies who fulfilled someone’s dreams. They were helpless and innocent and they snorted when they slept. Someone cried over their faces and rubbed that space between their eyes softly to get them to sleep (you know what I’m talking about—that magic space that calms anyone) and they were loved and wanted and for a brief second—no matter their circumstance, no matter what happened to them later—in that moment after they emerged into this world, they were loved at the peak of love-possibility.

And I hope that you can also give yourself empathy, that you see yourself above the negative self-talk. Because you were a baby once, too. And I’m happy you were born.