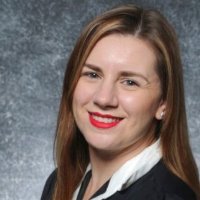 Women exercised their right to vote for the first time in 1920. Sixty, yes, more than 60 years later, the last state ratified the 19th Amendment in 1984. Coincidentally, the same year referenced by Kirsten Wyatt in response to Voorhees and Lange-Skaggs PM Magazine article, confirming no progress in female CAO’s in 30 years. Let me specify, the women’s rights movement was an over 130 year crusade. While this demonstrates the persistence behind the movement, it also highlights exceedingly slow progress. Now we are faced with the reality of stagnant statistics for female government leaders over 30 years. Are we destined to fight for the cause over another century or will we do something triumphant to accelerate change?

Initially reading Voorhees and Lange-Skaggs article, I felt shock, frustration, sadness, and as though the numbers were somehow wrong. This emotion quickly turned into passion and determination to join the movement of altering these statistics. I came from a household where my Latin father was unsupportive of my Mom becoming the breadwinner. Filling in as caregiver to my baby brother was the least I could do to support my Mom going to school and establishing her professional career. In my eyes, it was a benefit our family would enjoy and an empowering stance. Maybe it was intuition, but it was a no brainer supporting her professional growth and the opportunities an education would provide us all. There was no intention of snubbing Dad by either Mom or I, we just could not get his support because of his reluctance to view her as an equal contributor in the home. Unfortunate and yet, probably still true for many households.
This leads me to the great responses from men on the #13Percent conundrum, bringing value and support to the topic. It highlights the importance of banding together to make progress on the inhibiting statistic. As females, we appreciate and welcome the extra influence you can provide. Sadly, even when our male counterparts want to join and advocate for increasing female presence in government leadership, the unfortunate truth is we are often our own worst enemies. How or why you might wonder……various studies pinpoint the assertiveness factor, resistance to apply for positions without 100% of the qualifications, perception of female leaders by others, and so on. Frankly, I believe a vital piece is missing, the support of women for one another.

Yes, I’m saying female camaraderie, mentorship, teamwork, and flat out sponsorship of our efforts. Allow me to get straight to the point, why critique or put down other women who work hard to establish themselves? Did you realize the mother who pursued her education was torn apart by having to sacrifice time away from her family? What about the supportive spouse who makes sacrifices to have their significant other soar in their career? It takes dedication and ambition to step forward in seeking leadership roles, therefore, it is disheartening when we are the ones ridiculing one another.
Let’s step up and take ownership of the rights our predecessors fought for over 130 years. When we attain those leadership positions, use them as a positive pedestal. Use the power of the position constructively to mentor other women, share your knowledge, and engage them in significant business activities. I was once disrespected by a female executive and rather than remain silent, I faced her by expressing my disappointment in her demeanor. Had an ordinary employee made the disrespectful comment, they would have been heavily disciplined. Yet, managements response was simply this was somewhat expected because it was part of her personality. I’m sorry, did I hear that correctly? Blatant disrespect is tolerated from an executive and as an up and coming female Millennial, should this be the type of person I look to for sound business guidance? I am appalled as a professional and as a mother to my daughter. Women like this taint the arena for professional go-getters who are trying to prove themselves as candidates for leadership roles. Rather than antagonize, women should be supporting one another and setting the bar for the next generation of female leaders.
I agree with Kirsten Wyatt, let’s make a movement by developing credible actions. I believe a first step needs to be an honest self-reflection. Let’s use our executive roles to do positive work and pay it forward for future female executives. Develop an environment where the negative female perceptions described in the article are obliterated. At all levels, we should treat each other professionally and with respect. At a presentation training I attended, the facilitator shared a great tip and observation. When you are going to make a presentation, you are in the “spotlight” the moment you walk into the room and are in view of your audience. They are critiquing and making assessments of you right away. Your presentation starts the moment you walk in the door. I believe this is applicable in everyday life. The moment you walk into your work place, you are on stage. Put your best self forward at all functions because you never know who your audience might be.

Next, let’s join efforts and participate in organizations that support the roles and ambitions of women in government. Last year I joined Women Leading Government and recently had the opportunity to participate in one of their luncheons. It was easy to sense the positive influence in the room which was motivating. Author of MOGUL, MOM, & MAID – THE BALANCING ACT of the MODERN WOMAN, Liz O’Donnell, was the speaker. She shared great insight on how it is not always about the balancing IT ALL act, but the boundaries we set that make our life balanced as working women. ELGL is another great example of raising awareness to the deficient statistic and by more of us chiming in, we can create a great movement.
I do not want to appear as a ball of negativity, because there have certainly been positive changes over time, it has just been at a snail’s pace. Just last week the NFL announced the first female referee has been hired! This shows headway is being made in different arenas and we need to keep the momentum going. With Kirsten Wyatt being the quarterback in this league, it would be my pleasure to join the team. Let’s broaden our sphere of influence, be ambassadors for change and go forward with positive movement! The ball is in your court now…..