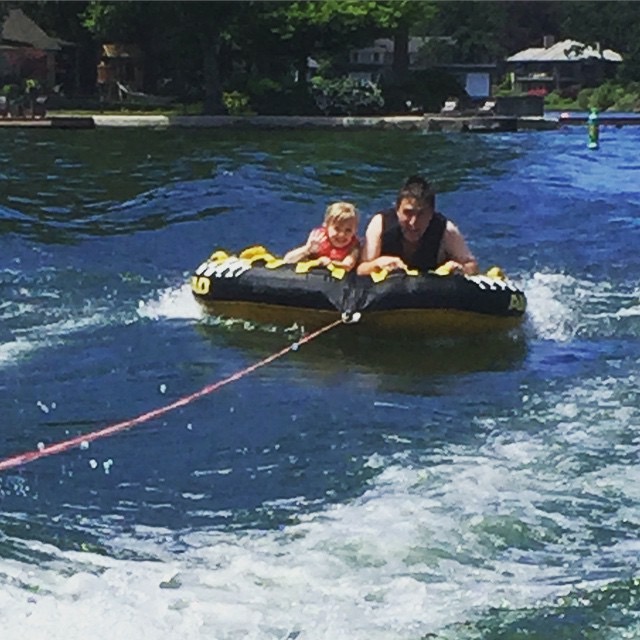 I am a 36-year old, white male. I work as a senior management analyst for the City of Tigard, OR. My dad was a city manager for more than 35 years in North Carolina and Virginia. I grew up going to ICMA Conferences and state association conferences (jealous, yet?). I have two daughters – a 3-year old and 5-year old daughter who face a lifetime of local government events.

I am not a minority. I am an ELGL leader who hears the frustration of minorities trying to advance in local government.

I am frustrated for women who think they must choose between work and family.

I am frustrated the percent of women in leadership hasn’t changed since I was 6.

I am frustrated that some diversity efforts lack commitment.

I am frustrated by the lack of diversity when I look around the room at a local government conference.

I am frustrated that nothing might change in my lifetime.

I am frustrated that my daughters will not have an equal opportunity in local government.

This is why I want to share my perspective toward the lack of gender and racial diversity in local government.

Race Must Be Added to the Discussion

I fear that the “13 percent” discussion excludes a key issue – race. The events in Ferguson highlighted that most local government workforces do not represent the racial composition of our cities.

I live and work in the Pacific Northwest where 88 percent of the state is white. Asian-Americans account for the second highest percentage (4%).

I lived and worked in North Carolina and Virginia where minorities’ population accounts for a significantly larger percent.

Clearly, this is just my experience, which I highlight to show the need to include race in the 13 percent discussion. This sentiment was shared by a number of LinkedIn users commenting on Kirsten’s article.

Local government managers must be aware of the sensitivity to racial and gender diversity. The Washington Post highlighted the issue in Racial imbalance exists all across local governments, not just in police departments. Two key takeaways:

Minneapolis Councilor Elizabeth Glidden framed it this way, “Not talking about race explicitly can often act as a reinforcement of individual biases and those kinds of things. A better way is to really be explicit and not be afraid to use the word, ‘race.’ ”

I wake up every morning to a very female-centric household. (Luckily, our dog Michael Jordan helps even the gender breakdown in the house.)

I work on ELGL projects in the Portland area and see a number of strong women leaders: Leah Treat, Martha Bennett, Marissa Madrigal, and Sherilyn Lombos.

These experiences left me blind to the 13 percent issue.

This began to change when I heard Bonnie Svrcek, past ICMA president, speak at an ELGL forum in 2013. She highlighted the lack of progress of women in local government management.

Kirsten Wyatt’s (yes, she is my wife, which makes it weird to type “Kirsten Wyatt”) recent article reminded me of the startling lack of progress – 30 years and no change in the percentage of women in leadership positions. You would think by happenstance there would be (at least) a slight uptick.

I have been excited by the reception to Kirsten’s article. Many current and retired local government professionals have reached out to share similar frustrations and decry the lack of progress.

I have also been shocked by the reluctance of people to share their voice. Some of these people are uncomfortable in having their name attached to the issue because of the fear of potential repercussions. And frankly, I don’t blame them. I have attended conference sessions and conversations on the topic. In these settings, everyone shares big ideas but in reality everyone leaves the room and doesn’t act on those ideas.

And, as Rafael Baptista reported, one professional association assured that they studied the issue but didn’t have any answers. The worst part?  They assured us that they “would let us know if they figure out any solutions.” Thirty years should have been enough time to “figure it out.”

An #ELGL14 speaker described local government as “male, pale, and stale.” The phrase highlights the institutional diversity problem – from city hall to headquarters of professional associations. The hard reality is people tend to hire those who look and act like them.  This is a serious problem.

The City of Ashland, Oregon is a case study for the ongoing challenge. Ashland is located in Jackson County where 51 percent of the population is female. As for city staff, roughly 25 percent of the managerial staff — and none of its appointed department heads — are female.

A former city councilor was discouraged by the numbers and pointed to an institutional problem.

“I don’t want to point fingers or say it’s any specific person, it’s an institutional problem. When these problems arise they usually reinforce themselves. So you get this cloistering troupe of white men, and they continue to hire more white men, and it’s up to citizens … to check these problem and force a remedy,” said Eric Navickas, former Ashland city councilor.

Time for Some Action

Local government must engage citizens from “cradle to grave.”

Changing an institutional issue is a long-term project. Offering City 101, youth councils, and Twitter chats will engage the next, next generation of potential government workers. Reaching out to senior centers, churches, and non-profits can instill confidence in local government.

For example, the City of Beaverton, OR is seeking to become the Oregon’s most diverse city by strengthening community outreach programs in hopes that an engaged citizenry will be more likely to join city staff. A meaningful internship program in Hillsboro, OR was developed to proactively connect with the community.

“What can we do to help?” – ELGL has been asked by a number of professional associations. We’re quick to highlight the need for meaningful work opportunities.

Every professional association should hire a project assistant. Drop the internship label and give the position a meaningful title. Don’t have money to pay for it? ELGL project assistants get paid $0.00. Despite the lack of pay, a number of talented individuals – Ben Kittelson, Ben McCready, Bridget Doyle, Emily Leuning, Patrick Rollens, Ryan Adams, John McCarter, Kristin Bodle, and Harrison Wicks – have provided valuable work for our organization.

Cities and counties often take the blame for the lack of entry-level opportunities but professional associations have failed to set the example.

Professional associations must create a safe place for diversity conversations.

Through our 1984 column and feedback from Kirsten’s article, it’s apparent that many women and racial minorities do not feel a safe place exist for these difficult conversations. Such conversations will be easier once you can point to meaningful opportunities for all members.

Master of Public Administration programs must do more outreach to minorities’ communities.

A number of ELGL members have mentioned how MPA programs do not actively recruit from historic black colleges.  ELGL is going to be actively seeking program ideas and working on ways that we engage student populations at HBCUs.  If this is a project you’d like to work on with us – contact Kirsten at [email protected].  There’s more that can be done – and if ELGL needs to be the organization to take the first, significant steps – we’re proud to do so.

Take a minute to ask your professional associations and local governments what they’ve done to address diversity and ask what specific actions are planned. ELGL wants to know how others are approaching the issue. Email them to [email protected]

Finally, I hope when my daughters read this article (hopefully they made it to the end) they will be surprised that these issues once existed in the local government workforce, because they’re working in local government environments that are reflective of the diversity that makes our communities strong, rich and vibrant.