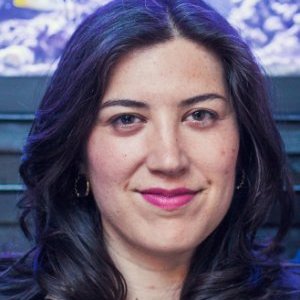 [vc_row full_width=”” parallax=”” parallax_image=””][vc_column width=”1/1″][vc_column_text]This week’s #13Percent post comes to us from Simone Rede (LinkedIn) who is a Senior Management Auditor at Metro. She has been called “bossy” for as long as she can remember.
Leading Out Loud (LOL): Releasing others’ potential through conscious awareness
By Simone Rede
I consider myself a professional consumer of advice. At work, I consult best practices to inform my evaluations of government programs, policies, and operations. At home, I seek guidance on what to buy, what to wear, and what to plant. There are few things I won’t research before making a decision.
But I recognize the limits of professional literature—let’s start with timing and accessibility—and have recently gained much wisdom from comediennes. Here are some reasons why I find them so sage:

Rather than quote academic journals, which is what I intended to do during the brainstorming phase of this blog post, I want to share a piece of entertainment that captures one of the challenges facing women and minorities in the workplace. I acknowledge that our attention, and the #13Percent initiative, is focused on women, and I think similar phenomena have hindered the inclusion of all kinds of people—LGBT people, people of color, and people with disabilities, to name a few.

In Season 5, Episode 16 of 30 Rock (TGS Hates Women), Liz Lemon (Tina Fey) hires an up-and-coming comedienne, Abby Flynn (Cristin Milioti), to combat accusations of misogyny against The Girlie Show
(TGS). Her plan backfires when, instead of a fierce femme, Abby appears to be a ditzy, “sexy baby” who dresses and talks in an infantile manner. Liz believes that her new hire perpetuates negative female stereotypes and is bad for women and ends up confronting Abby in front of their coworkers. It turns out that (spoiler alert!) Abby has dramatically modified her affect and behavior to protect herself, as a participant of the witness protection program. Long (and very entertaining) story short, Liz is forced to rethink her assumptions about Abby and her ideas about feminism. Discussing the episode on NPR, Tina Fey reveals:

I mean, for me it was about Liz – Liz is in the wrong to try – she thinks she’s doing the right thing by trying to correct this woman, by trying to say like, you don’t have to be this way. And at the same time, this girl has every right to be whoever she wants. And so that, to me, was what the story was about, that it’s just such a tangled-up issue, the way women present themselves – whether or not they choose to, you know, as I say, put their thumbs in their panties on the cover of Maxim – and the way women judge each other back and forth for it.

As women in local government, we are corrected for being too confident, too critical, and too cute. Recently, I was told, “You know, you don’t need that to look pretty,” while applying makeup in the women’s locker room before work. These microaggressions cause us to question our actions and appearance, but, ultimately, we cannot control how others perceive us.
Snap judgments and assessments are necessary for survival, but become dangerous when they limit our expectations and contributions to organizations. They are especially threatening to the public sector in that we are responsible for serving the needs of the people. When government leaders assume what those needs are, based on their own backgrounds and experiences, rather than take steps to understand them, they risk being at the least, irrelevant, and at the most, offensive. For elected leaders, these assumptions pose an even greater risk.
I could suggest a more objective or quantitative approach to changing the number of women in city management, but perhaps the most practical way I know how to address it is to encourage leaders to identify and interrupt their biases. Be conscious and critical of the lenses through which you interpret the world and people around you. Suspend your judgment and question your assumptions.
Avoid imposing your values and belief systems on others and, instead, give them the opportunity to express who they are and demonstrate what they can do. By digging beneath the surface, we can begin to understand each other’s motivations, grow our capacity to release their potential, and in turn, our ability to lead.
Sources: Tina Fey Discussing the “Sexy Baby” episode of 30 Rock (5.16—TGS Hates Women) with Terry Gross on NPR (Surly Temple); Unconscious Bias: Practicing conscious awareness to mitigate the impact of unconscious bias in the workplace (Cook Ross); “30 Rock” TGS Hates Women (IMDb).[/vc_column_text][/vc_column][/vc_row]