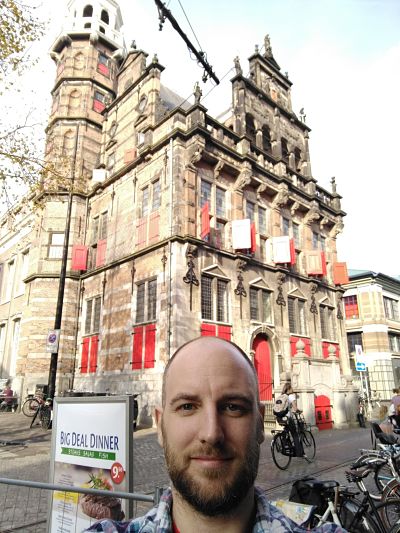 What I’m Reading: The Puzzler’s Dilemma by Derrick Neiderman

What I’m Listening to: The Hold Steady – A Slight Discomfort

What I’m Doing: I’m visiting the Netherlands! I have tried and tried and tried to get a #CityHallSelfie in Amsterdam, and I am completely unsure as to how successful I’ve been. Because Amsterdam has a completely decentralized municipal government comprising seven distinct districts, and even further decentralized workspaces, I had to go all the way to The Hague to get one I could be sure was a City Hall, but it was a doozy: 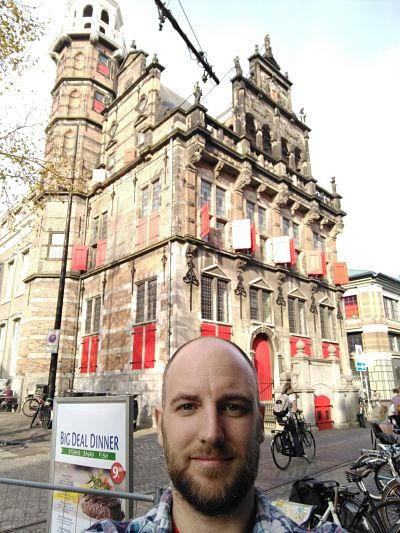 It’s really made me think about how differently things are run here (aside from just the legal sex work and drugs) and some of the lessons we could learn from them.

Obviously, bikes are a huge part of Dutch culture, and it’s far more pervasive than I could have imagined. We have so far to go, and in my opinion, we (the country that invented the automobile assembly line and subsequently Levittown) could never ever get there – bicycles and other forms of modern public transport are symbiotic in their complicated relationship with cars, trucks, boats and pedestrians here in a way that’s genuinely cultural, and would have to have begun in a time before the car was The Car.
The second thing is the canals. Obviously, this also came about before the advent of the auto, but it’s worth mentioning because The Dutch have worked with and against their environment, essentially inventing ways to change the geographic hand they were dealt, and learning to change what you can in a healthy and sustainable way a lesson we could all take to heart, ecologically or otherwise. Even the decentralized government is a function of the City’s size and shape.
Realistically, though, the best takeaway I’m leaving here with is the lessons on multiculturalism. More than transportation, more than ecology, the thing we seem to struggle with most visibly these days is our inherent multicultural nature. Just the same as there are people here from literally everywhere, there are reminders everywhere of how the government and businesses alike are equipped and enthused to help people from any background succeed.
By the way, wouldn’t it be great if there were some way that you could make a tangible difference in helping to bring more attention to the idea of diversity in local government? Some sort of, say, Diversity Dashboard kickstarter that could help track that sort of thing?

(The alt tag for this is “Kickstarter My Heart.” You’re welcome.)

Even this week, in our melting pot of immigrants, a New Jersey teacher is being reprimanded for telling a bilingual student to “speak American.” That this could happen in the information age is an affront, and that it’s happened less than 25 miles from Ellis Island weapons-grade bonkers.
Then, on the other political side in coastal Mississippi, there’s a new petite mort of revisionism as it relates to education, where a school system is taking To Kill A Mockingbird out of their curriculum because some of the language in it makes people uncomfortable. We can’t forget that our history is fraught and uncomfortable – If you constantly avoid being uncomfortable, you’ll never be challenged, and if you’re never challenged, you’ll never learn.

Lastly, my hometown of Lexington, Kentucky is joining the ranks of cities removing Confederate statues, and I could not be more proud. I realize this might seem on its face to contradict the point I just made, but outside of a battlefield, commemorating Confederate soldiers and sailors is different than a book that merely reminds us how we used to treat the whole people we considered less-than. Essentially, it’s really difficult to engender togetherness when you have memorials to those who literally fought to tear our nation asunder.
I suppose the unifying point in all this is that progress is not comfortable, and that’s okay. If you stay positive, work to change what you can to make your organization more effective, and offer ways to bring the people you serve together, then the results will very much be worth the slight discomfort.
Now if you’ll excuse me, I have a City Hall to find. I think. 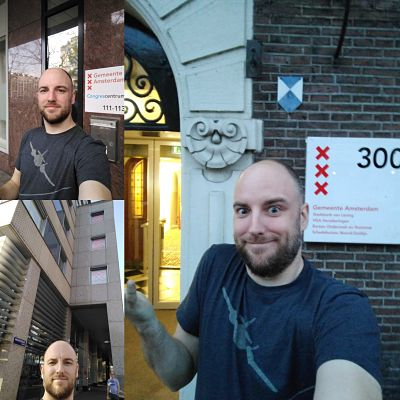