Good morning and happy Monday! Today we look at skater dudes in Chicago, a housing crisis in Spain, and  comprehensive planning in Washington. If you’re searching for motivation to start your week we have you covered; all the bad inspirational quotes you could ever want.

Lightning Round with Katie Mangle, City of Wilsonville

Capping off an MPA Program 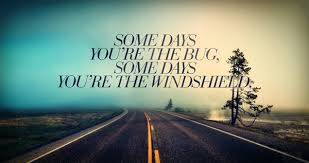 One Spanish Town’s Solution to the County’s Housing Crisis. In the Village of Armilla, Granada more than a third of residents are unemployed, many living on streets. At the same time, 15% of houses stood vacant last year. In the midst of the crisis local officials saw an opportunity to fill vacancies and reduce homelessness.

RIP Massimo Vignelli, the Graphic Design Legend Behind the Cult-Classic 1972 Subway Map. Vignelli was responsible for designing logos for companies like IBM and Ford but also created a very controversial (at the time) diagram of the New York subway system. His diagram was replaced in 1979 but in 2008 the MTA hired Vignelli to create a new version of the old classic.

This Suburban Yard Gives a Whole New Meaning to Beach House. We understand hating yard work but one Kansas City resident took it completely out of the equation by replacing her yard with 80 tons of sand. The new look is getting complaints from neighbors but we have to give her kudos for the commitment.

It’s Official: Mayor Parker Signs Equal Rights Ordinance. The ordinance passed City Council last week on an 11-6 vote after a months-long, and at times tense, debate over whether or not the City should adopt such an ordinance. Under the new ordinance, employers with at least 50 employees can be fined $5,000 for discriminatory behavior.

Minneapolis Launches City-wide Analytics Platform. Attention, nerds! Minneapolis is partnering with IBM to develop and implement some serious data analytics. The system will join the ranks of places like Chicago who have launched similar initiatives. Minneapolis was able to leverage $150,000 in support to get a $1.5 million in research from IBM. 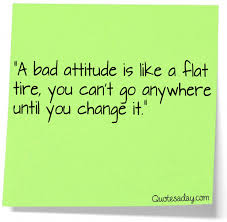 Urban Renewal, No Bulldozer. Tech companies in San Francisco aren’t building their spaces from the ground up but are making do with historical structures that have been there for decades.

Grant Park State Park Construction to Start. Chicago’s Grant Park may be getting a brand new skate park. The project would cost the City $2.5, which would be funded through tax increment financing. City Council will vote on the measure June 25. According to reports the skate park will be pretty rad, dude.

Streetcar-Minus-Streetcar Plan Worked in DC. Light rail efforts in DC may finally be paying off. Services could be up and running as soon as July.

Volunteer Emergency Responders Charge Past Fire, Smoke and a Wailing Nun at an Emergency Simulation in Lake Oswego. The exercise was the culmination of an 7-week training course put on by the fire department. Volunteers simulated an earthquake, allowing 18 volunteer emergency responders to put to practice the skills they had learned.

On Multnomah County Library’s 150th Anniversary, Leaders Reflect on Past, Plot Uncertain Future. The oldest library west of the Mississippi turned 150 years old yesterday. Although it began as a private library, in 1902 it went public and has been serving the community ever since.

Washington Wildfire Experts Predict Average Fire Season. Officials are predicting a fire season just around average this year, despite dry conditions in the center of the state. Washington State does not conduct its own research but rather relies on data from the National Interagency Fire Center in Idaho.

More Liquor for Sale in Washington; Prices Up. Yesterday marked two years since the liquor privatization in Washington State. The results have been lackluster, with little impact on prices.

Clark County Bans Pot Sales Outside of the City. County Officials voted last Tuesday to ban the sale of marijuana on County property until the federal government legalizes it use.

Debate Over Underground Power Lines. Seattle residents weigh the costs and benefits of burying a portion of an 18-mile powerline. Property values would dodge a hit from the eye sore but the costs are very high. 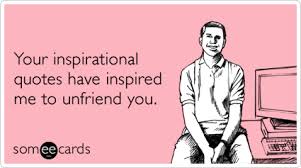 Ballard Back Charter Schools for Marion County Juvenile Center. Indianapolis May Greg Ballard supports a plan that would create a new charter school academy to serve the juvenile detention center. The Indianapolis School Charter Board votes on the matter today.

With Rule Change, Scores of Minnesota Police Officers Will Retire. If officers want to retire before the age of 55, they will save a ton of money if they do it before Saturday. A law signed lats year comes into affect this Saturday which increases the early retirement penalties for most members.

Grand Prix Comes to the Motor City. The Detroit Grand Prix is among the most storied traditions in the City. Held annually on Belle Isle, this year the event did not disappoint. Zoom, zoom.

Ohio Home to be Restored for Veterans. A collective effort from a number of people and organizations, including the Trubull County Landbank and the Trumbull Neighborhood Partnership is renovating a house for veterans in need of transitional housing.

Phoenix is Pulling of An Urban Miracle: Transforming into a Walkable City. Phoenix has long been the example practitioners and scholars point to in order to illustrate urban sprawl. The City is trying to turn the tides, leveraging a new light rail system and increased density to change their image.

City Commission in Richmond Takes on New Look. Metro-Houston has seen, and is foretasted to continue to see, tremendous growth. Richmond is no exception. Voters turned out for local elections this year and chose a new set of elected officials to lead that growth.

Councilwoman Announces Run for Mayor. Three term Councilwoman Sheryl Cole will run for mayor in the upcoming election. Cole is expected to be the frontrunner, at this point.

Aquifer Getting “Bump” From Recent Storms. South Texas, along with much of the country, has been in the midst of a drought over the past several month. While recent storms have granted a reprieve to residents, the drought may be far from over.

Mississippi Will Use It’s new Voter ID Law for Tuesday’s Primary. This Tuesday Mississippi will roll out it’s brand new voter ID rules for the first time. All voters will be required to present either a drivers license or another form of government-issued ID in order to cast their votes.

Solar Roadways Light Up the Future. Solar roadways may very well be the power source of the future. Made from thick glass panels containing solar cells, microprocessors, heating elements, LED lights, and fiber optics, the modular paving system is tested to withstand 250,000 pounds. How much? the answer is still foggy but estimates are it would take 5 billion 12 ft by 12 ft panels to cover the US road system.

The Unseen City. FutureStructure goes in depth on what lies beneath our feet in the worlds largest cities, most of which goes unseen and total under the radar.

When Sprawl Hits the Wall. Sprawl; the dirtiest of all dirty words. The Urbanophile looks at what happens when your booming suburb runs out of room to grow.

Friday News Digest. Strongtowns.org is awesome. A driving force in the sustainable development movement. Check them out!

Next Generation High-Rises Offer a Glimpse of Our Urban Skyline Future.  SMart Planet takes a look at how developing and developed nations alike are driving change in the way we look at skyscrapers.