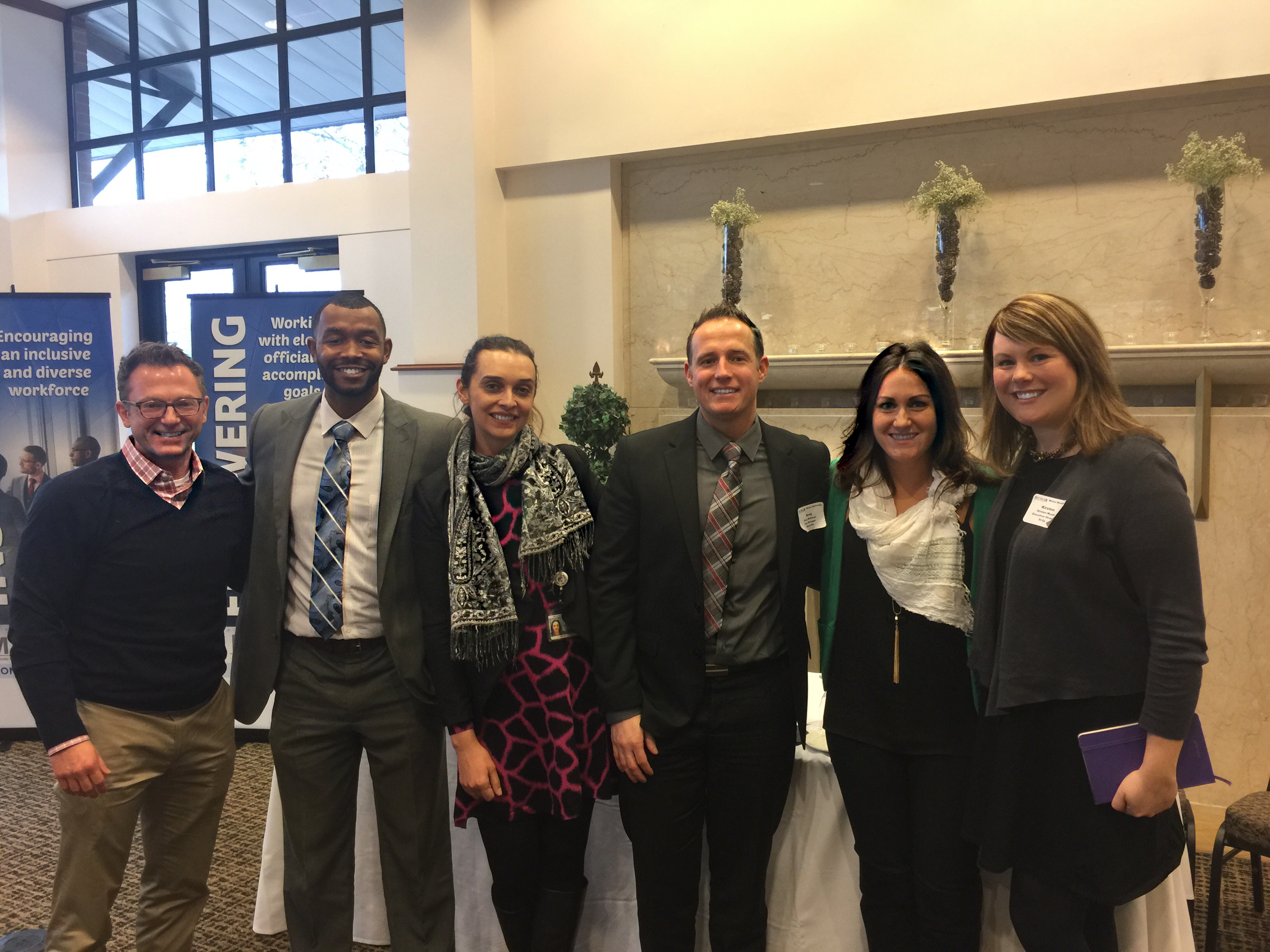 Kirsten: I’m in the Chicago airport on my way back to Portland. My time in Columbia was memorable and meaningful. Here are some reflections:

.@kowyatt presenting to MO city managers about “supporting the careers of people who don’t look like you” @ELGL50 pic.twitter.com/ofkJrgtzyw

Kirsten: I just finished the keynote at #MCMA17 and it was a fun and engaging experience. Audience questions:

It’s always interesting to see how people react after a presentation about diversity and inclusion. The #MCMA17 group was very welcoming and thankful, which is the best you can hope for… but, I did have a post-session conversation with a city administrator who wanted to talk about “reverse discrimination” and how that made him feel, and one guy called me “sweetie.”

.@kowyatt sharing lots of ELGL programs and initiatives with the #MCMA17 crowd. Love these colorful and exciting graphics. pic.twitter.com/BC0WczV7s4

Kirsten: A long and productive flight from PDX to ORD; got some emails answered, had the chance to post this cool new series from my friend and former colleague Casey Camors, and reviewed the *other* conference blog that’s going on right now. Bridget and I will have to set up our game to ensure that the Missouri conference blog is waaaaay better than the Texas conference blog.

Right now, I’m sitting in the Cubbies restaurant at ORD, getting ready to finalize my presentation for tomorrow morning at #MCMA17. I am softly singing “Go Cubs Go” under my breath because it’s so damn catchy.

Tomorrow, I’m talking for an hour about “Helping People Who Don’t Look Like You To Have Successful Local Government Careers” (that’s my session title). It’s always a little more nerve wracking to talk about diversity and inclusion at local government conferences than other topics. I’m never quite sure how the audience will respond – whether they’ll be more hostile (like the Minnesota audience) or more engaged (like ELGL audiences).

My approach is to stick to my guns, share the ideas and perspectives that ELGL often talks about, and rely on the ELGL faces in the audience who share our values. I’ll keep you posted (and you can follow @bridgetdkoz for a blow by blow during my presentation) on how it goes.

And now some perspectives from my flight and layover:

Bridget: Currently waiting to board my puddle jumper from Chicago to Columbia, MO and couldn’t be more excited. As mentioned when I blogged about traveling to #ICMA16 in Kansas City earlier this year, Missouri holds a special place in my heart. The #MCMA17 conference is being held at my alma mater Mizzou, another reason I’m especially grateful for the opportunity to attend the conference and present on behalf of ELGL.

Earlier this year, Kirsten and I also presented at the Michigan Municipal League Annual Convention, which gave us both an opportunity to listen to Michiganders and gain a better perspective for the priorities and challenges seen statewide in Michigan. I’m excited to attend a Missouri City Managers Association event, where I’m hoping to gain the same perspective but from a different state. It will be interesting to hear and learn about challenges specific to the State of Missouri and its municipalities while also hopefully connecting the dots on issues we all share an interest in as local gov professionals. I hope to learn new tactics, share ideas and head back to Michigan with a broader perspective.

I haven’t been back to Mizzou in a few years and I’m really looking forward to walking the campus, stopping by my old familiar spots and seeing what’s new. I’ve heard Downtown Columbia has really changed since I graduated in 2009. M-I-Z!

This week, Kirsten and Bridget are heading to Columbia, Missouri for the Missouri City Management Association Winter Workshop. Kirsten is giving a talk on Local Government Workforce Development Trends in the morning, and then in the afternoon, Kirsten and Bridget will join a panel for a lively and creative 60 Local Gov Ideas in 60 Minutes discussion. Their fellow panelists include:

Kirsten and Bridget will tweet about their visit using their @kowyatt and @bridgetdkoz accounts, as well as @ELGL50 and @MidwestELGL. They’ll use #MCMA17 for all of their conference posts. We hope you’ll follow along on their Show-Me State Celebration!