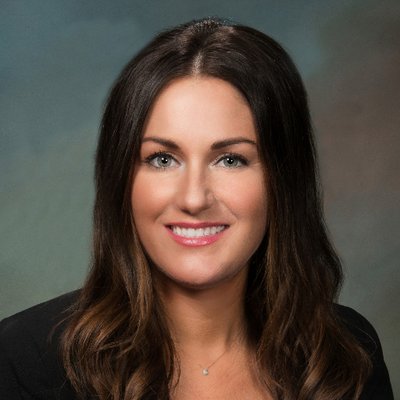 My favorite adventure in life was….  Any of my recent overseas travels. There is so much earth to explore and so little time. I hope to keep keep making travel a priority, even in future chapters of my life!
What is the most local government thing you have done on vacation? Taken a #CityHallSelfie while in Florida. That, or when my husband wore his ELGL swag shirt while we were in Beijing, China in 2015.
The most important decision that I’ve made in life was… Choosing my husband as my life partner. Shapes your whole life, doesn’t it?
If I was booking the guests for the GovLove podcast, I would book… Lombard, Illinois Village Manager Scott Niehaus. A very dynamic and forward-thinking guy who got his first City Manger gig at 32 (of a Chicago suburb of 56,000+ residents!). I worked under his leadership for only one year, but was really inspired by his ability to connect with residents — and especially Village staff — on a personal level while simultaneously remaining professional. My only gripe is he’s a Cubs fan, and I’m a Sox fan.
If I couldn’t work in my current position, I would… My other passion is animals, so I would work in an animal shelter or go back to school to be a zoologist. That, or be a teacher, but that is a severely underpaid job (and this is coming from someone in local government). We should pay teachers more… but that’s a different conversation.
The book on your bookshelf that you intend to read but haven’t is… “Notorious RBG: The Life and Times of Ruth Bader Ginsburg.” On my nightstand but keeps falling second to my book club’s monthly read. Gotta get on it!
Blue or black ink? Black, but above all I prefer ballpoint pens with a smooth flow and bold ink. I am a pen nerd for sure, and still rely on legal pads and post-it notes for most of my day-to-day.
What is your recent personal and professional accomplishment? Named City of Sterling Heights’ Administrator of the Year in 2017. Such a cool honor, especially working among some really amazing people.
I’ll know that I made the right choice to attend #ELGL18 if… I leave feeling more energized than when I arrived.
If I was writing the questions for the feature, I would have asked… “If you had one meal left before leaving this earth, what would it be?” This is a really interesting tell-tale of someone’s true palate. Most often it’s not something expensive, but comforting. That, or “If you could only have bread OR cheese for the rest of your life, which would you choose?” Painful question. Also, clearly I like food.