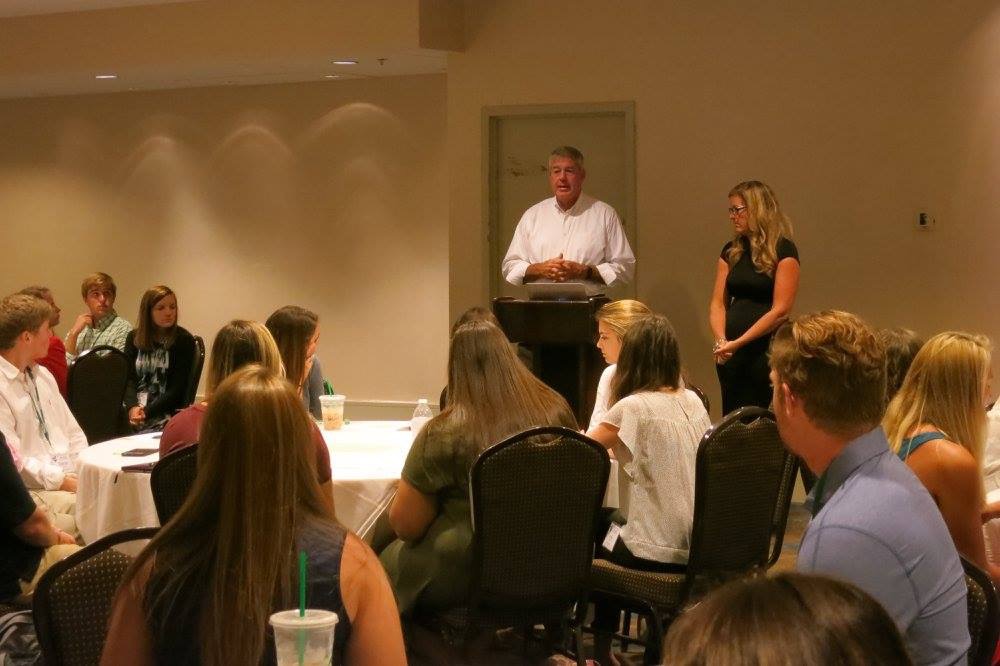 I’ve had the good fortune to benefit from many mentors over the years, each impacting a different part of my career or professional development.  Somehow along the way I stumbled in to one person who has influenced my life so significantly that I refer to him not as my mentor, but instead simply as Coach.

Tom O’Rourke from the Charleston County Parks & Recreation Commission is a legend in the parks and rec world.

Actually, Coach is a legend. Period.

Textbooks could be written about the innovative ways he advanced our field, about his commitment to serving the broad community, about how he teaches agencies to re-position themselves in order to thrive.  Yet what will last long beyond the descriptions of his technical expertise are the leaders sprinkled around the country whose spirit of enthusiasm and dedication to public service Coach had a hand in cultivating over the years.

Coach does what great coaches do.  He pushes you past your comfort zone.  He challenges your thinking.  He doesn’t hesitate to lead you to discover when you can do better and how you can do better.  And he doesn’t hold back the praise when you finally do it.  He may be the world’s best “devil’s advocate”.  He combines antidotes from years of experience with gentle nudging to explore opposing points of view.  “Have you thought about what might happen if? What will you do if it doesn’t go that way?” The best part about Tom as a Coach is that his genuine interest is in your growth and success.

When I reached out to let folks know I was wrapping up ELGL’s January focus on mentoring with a feature on Tom, a few of our ELGL members chimed in on the ways Coach O’Rourke impacted their lives.

“There are lot of things that someone might look for in a mentor – experience, coaching skills, connections, etc. And while he has all of those, the thing I value most from Tom is his willingness to cut to the chase and challenge you when he thinks that you’re going down a wrong path or to call bullsh** when the situation warrants it. When I talk to Tom about a tough situation, I know that he’ll give me a straight response. If his thoughts align mine, I usually know that I’m heading in the right direction. And when we don’t agree, the conversation helps build my resolve to carve out my own path more determined than ever. His unique style and genuine care has resulted in some uncomfortable conversations, but they’ve also been some of the most valuable ones of my career.” – Bobbi Nance

“Tom has provided legendary vision for parks and recreation in Charleston County, and in many other communities in South Carolina, as well as the implementation of that vision. He’s demonstrated that a comprehensive parks and recreation program can provide much more than recreation. It can preserve heritage and culture, protect natural resources, enhance the overall quality of life, and stimulate the economy.” – Ashley Jacobs

“Tom is counted on, respected and called upon as mentor and leader all over the country. He has a genuine way of being in the moment and connecting personally with me to provide the guidance and support needed.  For someone with so much demand for his guidance, he finds a way to give each of us undivided attention. That’s important, that’s unique and that is special.” -Wade Walcutt

In honor of mentoring month, I took some time to interview Coach O’Rourke to learn more about his reflections on his mentors, his advice for those seeking mentors and his insight for those serving as mentors.

Who were the mentors who meant the most to you early in your career? Why?

My most effective, first, and best mentor I ever had was my very first boss, in my very first job. I was a high school teacher and coach and he was the Headmaster of the Private School that I taught and coached. He was the best not for what he did, but for who he was. At first I thought his care for others was “fake,” because I didn’t know anyone could be that selfless. He was real. He also was the first to come and the last to leave. He would pick up trash, trim bushes, and run the school. No task, to accomplish the goal, was beneath him. He would meet with me personally to make me better because I was young, inexperienced, and not a very good teacher. He meant the most to me because he genuinely cared for me and my success. He was also the humblest man I knew. It was not until years later, and from other people, that I learned that he was probably the most decorated Vietnam War helicopter pilot, with books written about his heroics. The two things that I admire most in people is selflessness and humility.

There are mentors in my life right now that do not know that they are mentoring me. These people are my accountability mentors. These people are engaged in my professional life and they ask questions, give recommendations, and they HOLD ME ACCOUNTABLE. All of this happens without a formal mentoring agreement and never with any negative conversations. For me, these people are instrumental in my development because my respect for them will not allow me to disappoint them.

What is the best advice you have ever gotten from a mentor?

The best advice I have ever gotten from a mentor was to remember the number 10. They actually sent me an index card that I still keep in my desk with a big 10 on it. It is meant to be remembered when something negative happens in my life that angers or disappoints me. The 10 signifies a question that I should ask myself. “Will this situation affect me within the next 10 years. There have been some things in my life that I had to answer yes, or maybe to. For example, being diagnosed with cancer, or maybe the death of my parents, but in the end, there really are very few things that negatively affect me that will continue to be negative influences in my life 10 years from the triggered event. This advice puts into perspective what is important and not, and what I should upset me or not.

What was it like the first time someone looked to you to BE a mentor?

I believe that there are times I may be mentoring someone and I do not know that I am fulfilling that purpose.  When one assumes a senior management or Director role, they are a mentor, whether they want to be or not. I think the first time I noticed this was when I was named the Director of my first Recreation Department. When an employee would come to me, shut the door, and ask if they could ask me “something,” it was a hint that I was in a mentoring position. I felt like a mentor when the issue had nothing to do with their specific job tasks. When questions were about how to get along with others, personal matters, and professional development or advancement, I felt like a mentor. The message in this is to be very careful when someone comes to you with a concern, you are mentoring. One should consider this a privilege because when people stop bringing you their problems you no longer have their respect or trust and you cease to be a mentor to them.

What is the best advice you’ve ever offered as a mentor?

I had a friend/colleague, who thought that their boss was ruining their  department. Their Director was new to the Department and after three years, many of the longtime employees were leaving the Department. Some did not even have another job prior to resigning their position, they just hated it so much. What was, in my opinion, very unfair is that the City Administrator would meet with my friend, the Assistant Director, to ask questions about why the Director was so bad. I felt like it put my friend in an extremely awkward position.  My advice was to show her the steps to PROFESSIONALLY, with examples, explain how the management of the Director was not only affecting the department, but the Town that they served as well.  Sometimes you have to do what is really hard, and it could backfire, but you have no choice. “One can have a terrible ending or unending terror.”

What do you think about mentoring? What is the best type of mentor/mentee structure?

I don’t like any formal mentor/mentee relationship. Mentors know when they are being mentors to people, and mentees know when they need to seek advice from someone who has experience. I don’t see a mentor as someone who latches on to a person with less experience and guides them through their professional career. I would advise for people to have a large number of mentors. You should use a different mentor for the area of expertise that you are seeking. No one person knows everything, and different perspectives are good. I think the best relationship for mentor/mentees is one in which there is a comfort level with disagreement. The mentor has to be able to be challenged by the mentee and a discussion should decide the best course of action. I don’t like when mentors state,” Here is what you should do,” or even “Here is what I would do.” I think it is better for the mentor to keep asking questions until the mentee decides on their own what it is they should do.

I mentor many people, I guess, but I don’t want to be labeled as their mentor. I simply want to be available for anyone who thinks that I may be able to help them.

What advice would you offer to someone who is looking for a mentor?

My advice would be not to seek out ONE person and label them as your mentor. I am a fan of situational mentorship. If an individual needs ethical advice the person they seek this from may not be the same person they seek job changing advice. I would also choose a mentor that you like, that doesn’t take themselves or what they do to seriously. What you are looking for really is a friend with a bunch of experience and sound advice. Emphasis on friend!

I would also like to caution people that are looking for mentors to disregard the resume, position, or perceived prestige of the person that they are looking to mentor them. The best mentors may be “regular” people that you admire that are right in front of your eyes.

What advice would you offer to someone acting as a mentor?

When someone seeks you out, be there for them. Really engage. This is a responsibility that is thrusted upon you because someone values you. Don’t take this lightly. I also think it is important for a mentor to not just be there when the mentee needs advice. After an initial mentor/mentee contact, it is the mentor that should be checking in to the mentee, not the other way around. That is how true relationships are built.

Some great advice on mentoring from a true legend.  Thanks Coach.