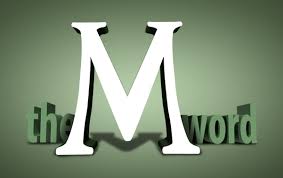 Benjamin Clark (Twitter) shares his take on the millennials (known by ELGL members as the m-word). Check out more of his work on Medium. Join the m-word conversation in the ELGL Facebook Group.

Over on the ELGL blog posted this piece “Who do you want to hire? An m-word or Brenda?” Excellent commentary. Their post is a response to this video below.

The claim is that the millennial generation (m-word) is full of entitled brats. It’s the result, Sinek says, of bad parenting and poor leadership. Millennials were basically dealt a bad hand. It’s not their fault, it’s the older generations fault for screwing them up. I don’t want to dwell on this point, but I’m sure this was said of Gen-Xer’s as well.

This ELGL post points us toward the bright spot in Sinek’s diatribe of gloom. “These people” (millenials) are constantly seeking jobs where they can make an impact. But when it comes to job satisfaction, millenials are screwed because “There ain’t no app for that,” according Sinek. So what’s the rub, local government rocks for feeling an impact. As someone who has worked as a Peace Corps Volunteer in Senegal, a low-level functionary (and later as analyst and consultant) in a USAID-funded international development project, and as a budget officer for a local government, I see real benefits at the local level. I preach this to my students now that I’m a professor training the next generation of public sector leaders. I’ll get to a bit more of this in a minute.

Sinek also bemoans the participation medal culture of millennial. To say that this a phenomenon isolated to that generation and not others is complete BS. I have one trophy from all my sports days, it was from 1982. It was for soccer, it stands about 2.5 inches tall, I still have it today, and it was a participation trophy. Seriously, let’s get over this whole participation trophy crap already. It is meaningless. [Side note: my only real trophy I ever won was a first place prize in a lithographic photography contest as a senior in high school — it was several feet tall, topped with a soaring eagle. I still have this trophy somewhere too.]

Sinek also talks about the Facebook-Instagram loving/obsessed world of millenials. As a non-millenial, with lots friends and family members outside of that generation, do we really think that we are not a bit overly obsessed with these platforms? Sitting around the living room at Christmas, I could look around and see three or four people from the mid-30’s to mid-60’s all on Facebook or their phones doing whatever it is we do on our phones.

Millenials may be better equipped to use these technologies — which will be great for local governments. As a scholar who obsesses a bit about how government can better use technology to connect to citizens, the Millenials may be out savior. Many in prior generations would do the bare minimum to engage (what was legally required by state sunshine laws) and call it a day. This might have been an advert in the paper (that may or many not be in print anymore) and calling it a day (These are the Brenda’s the ELGL was talking about). If anyone is being irresponsible, it is those folks, not the millenials. Is it reasonable to ask them to put the phone down and get off Twitter during the staff meeting, yes of course, but they have access to networks and knowledge that many others don’t when it comes to putting people in touch with their governments.

So back to why local government can rock for millennials.

Benjamin Y. Clark joined the faculty of the Department of Planning, Public Policy and Management at the University of Oregon as an assistant professor in 2016. Dr. Clark had spent the last six years on the faculty of Cleveland State University’s Levin College of Urban Affairs. His research focuses on local government management, public budgeting and finance, and the use of technology to engage citizens in co-production.