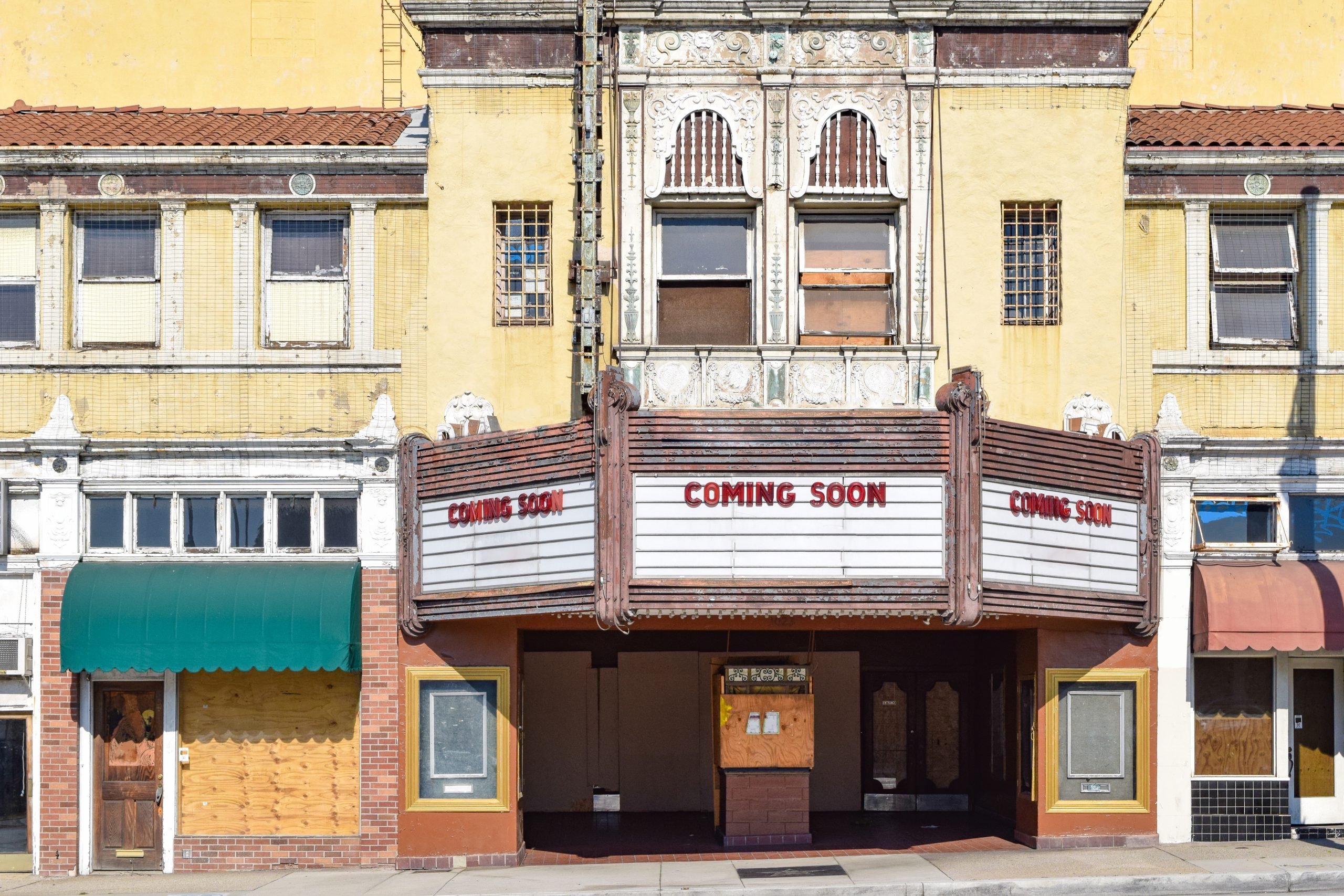 The facade of an old movie theater with Coming Soon on the marquee.

As we emerge from the COVID-19 pandemic, it is clear that the economic storm is not over. In fact, it is becoming increasingly clear to us that cities are entering a period of deep economic uncertainty and adjustment. The pandemic and other forces have accelerated disruptive dynamics and furthered racial inequities, and against a backdrop of generations of structural racism, low-income neighborhoods now face a series of super-sized challenges that radically affect their current and future states.

Over the past two years, low-income neighborhoods have experienced disproportionate health impacts, disparities in small business aid distribution, and inadequate schooling and digital access for students during shutdowns. Shifts in property ownership towards private, institutional investors are altering the landscape for entrepreneurs and homeowners, especially for Black and Latino-owned small businesses and communities of color. Despite positive signs of growth, minority-owned businesses remain overly concentrated in low-wage, low-growth sectors and access to quality funding remains a persistent barrier.

These and other dynamics make our message to city leaders and economic developers clear: unless major structural changes are made at all levels of government and across sectors, the nation runs the risk of a lost decade – one with racial wealth disparities that are greater and neighborhoods that are worse off than the period that preceded the pandemic. Kenan Fikri of Economic Innovation Group recently put it well: “It’s almost a hard and fast rule of modern economic growth that absent intentionality to the contrary, it will bypass the places that need it most.”

In the face of these structural challenges, the federal government and some of the largest private and civic institutions in the country have made unprecedented investments, commitments, and policy changes. Resources from the $1.9 trillion American Rescue Plan and $1.2 trillion Infrastructure Investment and Jobs Act have the potential to remake the American economy and reshape the physical landscape of communities. The equity commitments made by the Biden Administration as well as leading banks, corporations, universities and philanthropies have potential for positive change in the short term and new systemic approaches for the long haul.

Communities need a new path forward, both to respond to the challenges that they face and to take advantage of the abundant funding dangled before them. To that end, our recently released paper, Averting a Lost Decade: Rethinking an Inclusive Recovery for Disadvantaged Neighborhoods lays out a path toward an inclusive recovery, capturing seven kinds of interventions that cities are experimenting with that, if successful, should be adopted and adapted across the country. Our definition of an “inclusive recovery” focuses on upgrading skills, raising incomes, catalyzing revitalization and building wealth through the scaled ownership of homes and the formation of businesses. These areas of focus represent a marked departure from traditional neighborhood redevelopment approaches, which have tended to focus narrowly and disproportionately on the production and preservation of affordable rental housing.

Our seven interventions, along with cities engaged in the work, are highlighted below.

Cities have the right mix of civic agency and network power to navigate this uncertain period. They will need all of their assets and attributes to address the challenges that will undoubtedly face their lowest income neighborhoods. Simply repeating what has been done in the past will not be sufficient to address what is coming. While the examples above are not the full sum of what is happening or what needs to happen in the United States, they provide a powerful snapshot of the different strategies that could make up radically different post-pandemic approaches to city building and neighborhood revitalization.

The full text of our paper can be downloaded for free here. We welcome all comments and criticisms on Averting a Lost Decade and building strategies and responses that can drive a truly inclusive recovery.