Today’s Buzz is by Laura Hardwicke– connect with her on LinkedIn and Twitter!

What I’m Watching: The Bachelorette

This is my first major local election as a local gov employee. During the last general election in 2015, I was a nonprofit employee and choosing our next Mayor was thrilling to participate in– I followed it closely, attended forums on behalf of my organization, and phone banked for the candidate I supported. This time as a city employee it feels like an interview for the local gov CEO.

As you can tell by my reading/watching list– I’m currently hypnotized by the phenomenon of ABC’s the Bachelor. So naturally I’m looking at the world through a candle-lit, soapy, over-the-top fog, narrated by Chris Harrison. So buckle up for an extended metaphor because this is going to be my most dramatic morning buzz ever.

Here are four ways a strong mayor election feels like The Bachelor/ette and one way I wish it were like the 17-year running reality show.

It is expensive, casting is biased, so the pool of contestants isn’t good enough 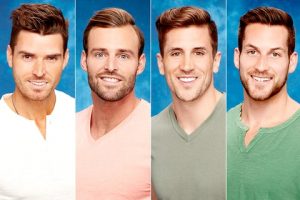 Contestants on the bachelor shove out serious dollar for lash extensions, personal trainers, and designer evening wear. They quit their jobs or take time off to be on the show. The result– a line-up of 30 folks who you need screen crawlers to tell apart. Nashville’s 2015 mayoral race had a price tag of $16.8 million. Campaigning is a full time job, and I don’t think it offers free child care. These hurdles are some of the reasons why we don’t have a representative pool of candidates on The Bachelor or local elections.

The dates are orchestrated to create a specific feeling 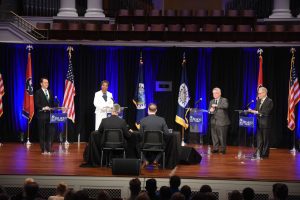 Televised debates with up-lighting and more state and american flags than you can count, and star-studded concerts to rally support are carefully contrived venues to introduce the candidates. I’m not sure how I can gauge a person’s ability to craft a capital spending plan or operating budget based on the headliner of their block party. That’s why contestants on the Bachelor/ette are falling in love so easy. The helicopter rides to vineyards and private dinners in romantic mansions present a rose-colored version of what these people are really like. When the show is over, or the election is won, do any of us really know who we’ve chosen?

Someone isn’t here for the ‘right reasons’

And there is no way to tell till it’s too late. Just like the contestants on the reality-dating series, accusations are flying about why folks are actually running for mayor. However, on the Bachelor/ette these accusations are vague and just question the contestants sincerity, but our mayoral candidates are getting pretty specific drawing attention to the “accidental mayor,” political dynasties, and developer or (unique to Nashville) honky-tonk interests.

We know it’s fake but we eat it up anyway.

Like political candidates, contestants on the Bachelor/ette are clearly only presenting one side of their personality, and goals for the future. They make promises they may or may not be able to keep when the cameras are off or the election is over, but we still love to watch. My favorite New York Times column just gave us permission to enjoy our guilty pleasures because “having something to do other than problem solving is good for us.” As a local gov employee, I find myself critiquing the plausibility of each candidate’s platform and even how it might affect my day to day work. However, if I take a step back and enjoy the spotlight on local gov for the next few months, it can recharge my public-service batteries.

In May, 4.7 million people tuned in to watch this season’s premiere of the Bachelorette, whereas in Nashville’s last (albeit special) election for mayor only 82,000 votes were cast, a 21.6% decrease from 2015. Whoever Nashville chooses to lead the city next, I just hope my neighbors show up to the polls with the hate-watch fueled energy that folks sit down every week to watch a woman date 30 guys and break-up with them one rose at a time.

As a local gov employee, how far do you allow yourself to get invested in local elections? Do you or would you ever work for a strong mayor government?

P.s. if I over extend this metaphor like I love doing, then yes Bachelor in Paradise is indeed Metropolitan Council. And shout out to Ashley Jacobs who previously used reality TV as a metaphor to critique hiring process.