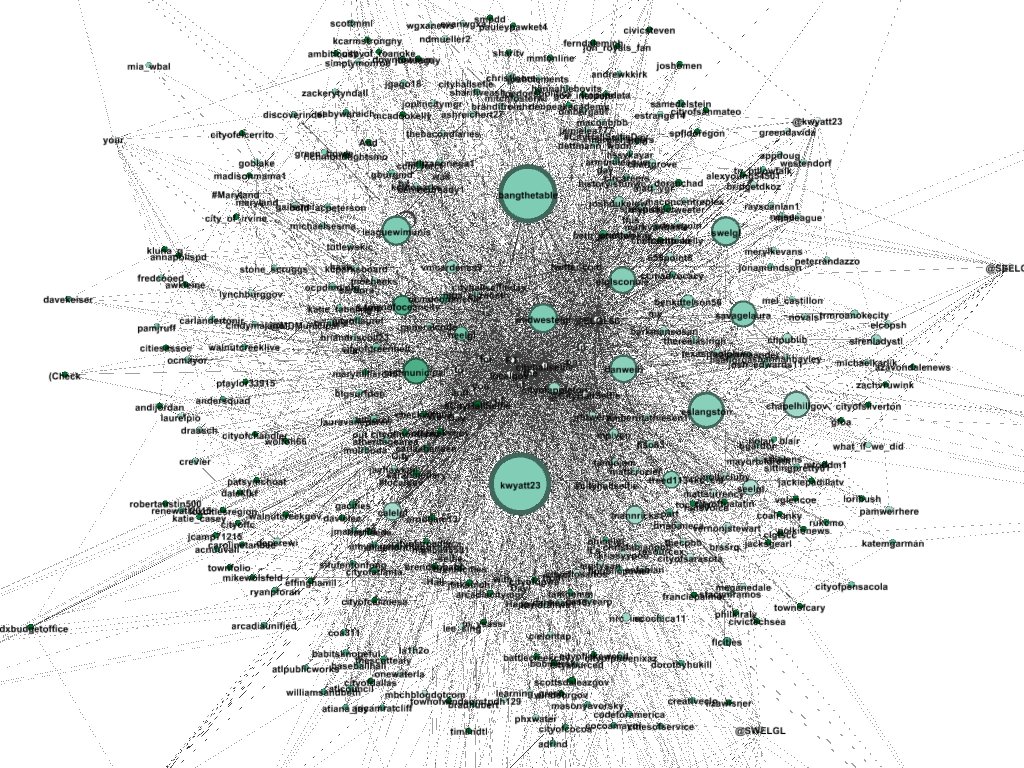 ELGL co-founder Kent Wyatt is straight bloggin’ about the greatest day of the year.

It is about to go down…. #CityHallSelfie Day is here. I’m here to keep you warm and comfy throughout the greatest day of the year.

And then, there are these stats from earlier in the day.

City Council Chronicles elected not to sleep this week in order to release a top 10 from City Hall Selfie Day. Embrace debate!

While you were sleeping, Sarah Gamblin-Luig was breaking records. She set a Guinness Book of World Record by capturing 50 city hall selfies in a day. Note: We didn’t fact check this. But, how impressive is that… great job Sarah, and way to set the bar high. #BigLocalGovBaller

#CityHallSelfie Day in the Headlines

Wishing You a Happy #CityHallSelfie Day

Sam: Stop by, take a selfie

Mayor Widmyer is also issuing a proclamation at (tonight’s) council meeting declaring it #CityHallSelfieDay in Coeur d’Alene and then we’ll take a full community selfie literally right during the meeting.

Turnout has been good for City Hall Selfie Day in Effingham.
City Administrator Jim Arndt said the first order of donuts supplied by Dunkin Donuts were gone in a hurry. The Culver’s frozen custard available through midday is also expected to go quickly.
People were showing up in a steady stream. For many, the chief goal was to get some “eclipse glasses” they can use to view the special event next Monday. The requirement, though, was to pose for a selfie that could be posted on Effingham’s behalf in the selfie competition among City Halls across the nation.
A safety mascot was there to pose with the kids, or those not so young. The fire department had engines on display this morning, and the police department has a display available through midday.

The Children of ELGL

Check out this drawing of the Phoenix City Hall.

Making of the City of Phoenix City Hall Selfie

The Drones Are Here

The expert analysts predicted that 2017 City Hall Selfie Day would be the year of the drone. Their prediction is proving to be true.
City of Fort Collins, Colorado

Village of Carol Stream is blessed to have a lot of city managers.

Next stop: Conquer the universe.

Watch out @KimKardashian! #CityHallSelfie on your heels in national trends pic.twitter.com/AZ1UEiirQY

The best ways to track #CityHallSelfie Day are:

Because it’s #CityHallSelfie Day and Nick Cartwright is giving away Arkansas Razorback tickets to a resident in Rose Bud who posts a #CityHallSelfie.

Just for you, our award-winning members, we present the official City Hall Selfie Day proclamation (see page 5) that will issued by the Mayor of City of Coeur d’ Alene.

#BachelorInParadise has been passed by #CityHallSelfie Day, and it’s not even City Hall Selfie Day for most of the world. Watch out #Confederate!

The Kids of ELGL

ELGL is a big tent organization. We are inclusive to all ages, races, and genders. We have a soft spot in our heart for the future, future ELGL leaders. Here’s how the youngsters are preparing for City Hall Selfie Day.

American, I am worried. Australia and New Zealand are winning #CityHallSelfie Day. I should have known when they published, “5 Ways Engage 2 Act Members Can Join In With International #CityHallSelfie Day – Andrew Coulson.”
I knew we were in trouble when the City of Port Adelaide Enfield Library got into the act…

America, we cannot afford to lose another competition. Set your alarm clock for 12:01 a.m and start traveling to city halls within a 75 mile radius of your house. You’ll be able to hit at least eight to ten city halls before you have to go to work.

We have a late entry for Best #CityHallSelfie Day promotion.

You won’t see these pictures anywhere else. Below are exclusive pictures of the #CityHallSelfie Day trophies courtesy of Bang the Table.

Australia is not messing around. City Hall Selfies are raining down from all corners of the land down under. Let’s show respect for Australia by standing and signing a few bars of the Australian national anthem.
Australians all let us rejoice,
For we are young and free;
We’ve golden soil and wealth for toil,
Our home is girt by sea;
Our land abounds in nature’s gifts,
Of beauty rich and rare;
In history’s page let every stage,
Advance Australia Fair!
To show my appreciation, I want to formally forgive Australia for my anger that I had toward them for producing the wiggles.

Our friends from Australia and New Zealand are lighting up Twitter with the #CityHallSelfie.
Andrew Coulson

In parts of the world, #CityHallSelfie Day has arrived. The first selfie of 2017 International City Hall Selfie Day came from….
Joe from Bang the Table, at the Town Hall building in Wellington New Zealand!