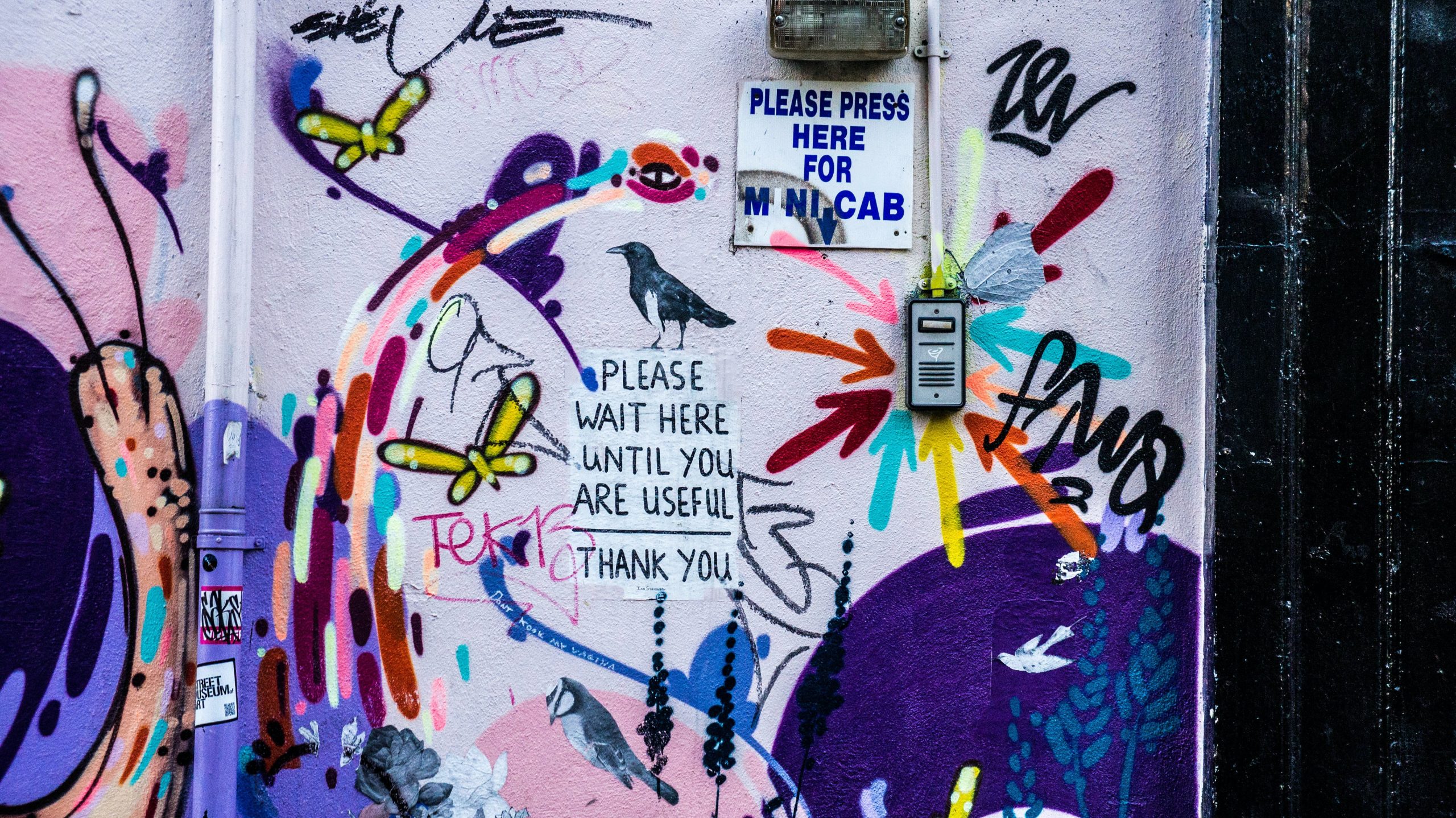 Today’s Morning Buzz is brought to you by Dr. Sarah Martin, Vice President of Strategic Communications at mySidewalk. Find her on Twitter @DrSarahMarie and on Medium.  She is also now finally posting again on IG, where it’s mostly about running, but there is a fun new life change on there you might enjoy 🙂

What I’m Watching: I just finished Season 2 of Mr. Mayor, which is likely the most accurate depiction of city government I’ve ever seen. I’m INFLAMED with anger that it was canceled.

What I’m Reading: In addition to Invisible Child (which should be required reading for every human in America), I devoured Happy-Go-Lucky by David Sedaris in about 12 hours. I laughed so hard that I had to put it away on the airplane because I looked like a complete weirdo. I’m now reading Mike Nichols: A Life. Even if you aren’t super familiar with his work, it’s still a fascinating glimpse into the roots of improv comedy and a solid portrait of a flawed genius.

What I’m Listening to: I can’t get enough of I Love a Lifetime Movie.

“The only place you can find love in Memphis is at the gentlemen’s club — at least then you know what you’re paying for, and they won’t steal your car.”

Getting on a plane is still precious and interesting to me. It’s so novel that I haven’t renewed my lapsed TSA pre-check, the dividing line between the haves and have-nots of the airport. I rolled up to Kansas City International last week for a 6 am flight with an hour before boarding — plenty of time normally. But not that day. Hundred and hundreds of people were lined up looking angry, bottlenecked into the one open security entrance. Cancellations the day before seemed to quadruple the number of normal passengers, and everyone sagged under the weight of inevitably missing their flights.

The day before, I went to a yoga class where I was pleasantly surprised by the instructor. She was in her 40’s — about two decades older than most of the instructors at this particular studio — and her brand of teaching was a healthy mix of biomechanical adjustment and inspirational quotes. I’m sometimes slightly irritated by the attempts at inspiration from the other instructors, as genuine as they may be. When you have seen some things in your 40+ years on earth, it’s challenging to hear “Yesterday, when I was in line at Starbucks with my mom, I thought about how important patience is” from someone who is young enough to be your daughter.

This instructor tacked on a guided meditation to the beginning of class, and she told us to set our intention based on the first phrase we thought of in that moment. She was daring us not to overthink it. What popped into my head was:

I knew that this intention wasn’t meant only for this lunchtime yoga. I knew that it was a word placed on my heart for my upcoming trip. I also knew that it was a reaction to how I had been living the last few weeks — I was not “here”. I was somewhere else entirely in my head, escaping a bit to avoid the painful reality of the world. The minute the children in Uvalde were murdered, I just sort of floated away. To the casual observer, I was the same. But to the trained eye of the people who care about me, it was obvious that this tragedy had sent me over the edge. I could keep it together during the day, and then at night, I would wake up in a cold sweat, plagued by nightmares about things like locusts and airplane crashes and being left at the altar.

When I saw myself in the Zoom after the shooting, and I saw my own face glaring back at me, I knew it was better to take a couple of days off rather than infect everyone with my anger. I knew it was bad when I blurted out to my high school daughter as I dropped her at the last day of school: “What floor are most of your classes on?” I was wondering if she could jump out safely. I watched her walk up to the school doors in her white shirt, and I could not help but think about all the horrible things that could happen to that white shirt beyond those doors.

Mentally checking out wasn’t doing me any favors. As I drove home that morning, I heard a radio story interviewing one of the parents of the Uvalde victims. She was telling a beautiful story about how generous her child was… how funny she was. She laughed as she told the story. Something melted in my heart, and I finally cried hard. I parked the car and sobbed. I pulled out my phone and forced myself to learn what I could about the children and adults who died. I knew that if I was going to move forward, I needed to lean in, not out. I needed to honor the victims and pray and look at their beautiful faces instead of running away. Everyone deals with things differently, but this was the way I needed to do it this time.

The only way out of this pit was through. I committed to spending my three-day work trip in Memphis being there. It started with me and hundreds of my friends in line at the airport. I returned to the idea that the only thing I can control is myself — missing my flight was out of my hands. Instead of escaping into an audiobook or my own blissful daydreams, I counted floor tiles and then counted them backward. I noticed small cracks in the paint on the wall. I body scan and I drink my coffee very slowly and try to taste all the layers. Because the coffee is from a machine in the airport, the layers are scant.

I picked a conversation and listen intently. The woman behind me is calling everyone she seems to know, just to complain about the delay. I wonder who she knows that is willing to pick up the phone at 4:30 in the morning, just to listen to her complain. Her preschool-aged daughter starts to whine, and the woman gets mad at the child for whining, then proceeds to call her own mom and whine about the delay. I am savoring this circle of life.

Of course, I miss my flight. I end up with three bonus hours in the airport before my new flight — all the more time to practice my being here skills. I watch a man who looks like how I imagine Ernest Hemingway looked fight sleep. Someone keeps trying to AirDrop me photos, and I don’t open them. I wanted to, but many folks would agree that opening a phantom AirDrop photo can end with seeing things you can’t unsee. The three hours pass quickly.

Being here doesn’t mean that I strike up a conversation with every person I pass. It means that I notice things that are happening and focus on them. This also means that I note when someone seems like they have more to say — and I act on that instead of retreating. This is how I meet Earnest.

It is 18 minutes between the Memphis International Airport and the historic Peabody Hotel. In those 18 minutes, I learn a lot about Earnest. The first thing he says to me in the car, after he compliments my jumpsuit, is “Man… I hate Memphis.”

In all of my years of being an Uber passenger, this is the first time I’ve faced such immediate negativity about the city I’m visiting. I can’t let this one go.

His answer surprises me.

“Man, it’s like the Fast and the Furious Tokyo Drift out here in these streets. It’s dangerous.”

He takes a beat. “Well, that and there are too many Black people.”

It’s worth mentioning here that Earnest is Black. I dig in and say, “well… you’re Black.” And he responds with something that I will never forget. He laughs and says “I love Black people, but I don’t like living in places where people don’t give a shit about us because we are the majority.”

Once Earnest starts talking, he doesn’t stop. Over the next 16 minutes, I learn that:

My time in Memphis was full of Earnest moments. The guide at the Civil Rights museum who was super proud of the invisible braces he just got. The councilman I met whose wife good-naturedly laughed as he told a story of her setting a table on fire accidentally at a gala. The mayor who held my hand to say grace over a meal. The city manager who pumped tokens into a jukebox so I could keep playing Marvin Gaye and Patsy Cline songs. The retirement party I accidentally joined for a member of the Memphis PD named Clarence.

Healing happened in Memphis. It can happen in Toledo, too. Instead of running away and choosing dissociation, I chose humanity. I chose to ask the extra question, to linger a little bit longer when the window was open. I chose love.

The last thing I did before going back to the airport was an express massage at the hotel spa. It felt indulgent and a little irresponsible, given that I’m trying to save money. But I had been holding so much tension in my body, I considered it a medical expense. The masseuse–a wonderful woman about my mom’s age–asked me at the start if I would prefer to talk or be silent.

I chose silence for those 45 minutes.

The masseuse looked at me tenderly and said “sweetheart, the body always knows what the heart needs.”