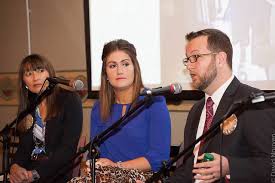 In our continuing partnership with Governing, Bridget Doyle, City of Sterling Heights, MI, contributes a column on building a relationship between local government and the media.

How Local Government Can Navigate a Disrupted Media Landscape

One of the most important challenges for local governments is to find ways to effectively share and communicate news and information to citizens. This is particularly important when the news is good: Be it quick police response times, well maintained parks, heroic fire rescues or daily civic efficiencies, our public-sector organizations need avenues to inform the public and help create confidence in government.
But — to the dismay of many local-government leaders — the reality is that we cannot rely on media to carry the weight of this need. Media does not exist to serve government, nor should it. At its core, the role of the media is to seek truth and report it; it should serve as an unbiased watchdog of government. The role of the journalists is crucial, helping to preserve our nation’s foundation of democracy, and transparent governments should respect and uphold this important function.
That is not to say that the media is interested only in scandal and failure. Human-interest pieces are still a priority for news organizations and craved by the consumer. A good story is a good story. But in trying to get our stories out, we in government must understand that the media itself is undergoing wrenching changes. The shrinking and increasingly digital media landscape forces thinly spread reporters to prioritize breaking news first, not our city’s positive public-relations pieces. Many reporters are covering entire regions or multiple beats for their publications, broadcast stations or online news sites.
Continue reading: How Local Government Can Navigate a Disrupted Media Landscape

Knope of the Week: Bridget Doyle, Village of Lombard

MI ELGL: Let’s Get It Started

What the Media Thinks About Local Government