Published Works: CONSUMER GOVERNMENT: VIA THE ART OF FULL DISCLOSURE and RIGHT IN THE CITY – VOLUME II –More Bizarre Tales

Our Take on Douglas Ayres

Here’s what you need to know about Douglas Ayres, straight from the horse’s mouth:

“I have been fully retired for 17+ years. I am now 83, but in excellent health.  Such is the outcome of good genes, no tobacco, alcohol or coffee, and a good wife.”

The Fifty Nifty is proud to feature one of the greats in local government. If there was a Mt. Rushmore for local government, Douglas would be chiseled in along with his famous Municipal Business Systems. We cannot categorize Douglas into just one state. While he worked in California, Florida, Oregon, and Virginia, he has an impacted all 50 states through writing a number of local government gospels (including our favorite, “The Local Government Joke Book”), teaching public administration at several schools, and devoting time to professional associations.

Our favorite item that we stumbled upon in researching Douglas is this item which appeared in the Statesman Journal.

When you’ve got sidewalk telephones you’ve got real public convenience. Especially in downtown areas at night when buildings are closed and people can’t get to the phones inside them.” These are the words of Douglas W. Ayres, City Manager of Salem, Oregon in describing the 24-hour service of phone booths on public sidewalks.

Douglas W. Ayres was reared in southeastern West Virginia during the Great Depression, dreaming of boating the United States. In 1948 he joined the Army, followed by education at Roanoke College; the University of North Carolina, Chapel Hill; Syracuse University; and the University of Southern California. An Air Force commission provided 20 years of service, to Major. Doug always had at least three active involvements, so most endeavors overlapped.

Doug became a flunky to a mentoring Town Manager, and signed as indentured servant to a Town Attorney to read for the law. Now, 58 years later, he is a retired City Manager, of Melbourne, Florida; Salem, Oregon; Inglewood, California; and Leisure World Laguna Hills, California. For another 25 years Doug also served as consultant to scores of governments, ranging from the United Nations to local special districts. He also arranged financing for several billion dollars of municipal capital improvements. Simultaneously he taught in the Graduate Schools of California State University, Long Beach (2 years); the University of Southern California (15); and the University of California, Irvine (2), and conducted seminars for a wide array of public officials.

In 1988 he and spouse Pam started sliding into retirement. They purchased a boat and began their Voyage of Discovery cruising the vast majority of the navigable waterways of North America 26,000 miles in all.

These adventures are described in detail, complete with copious charts, illustrations and color photos, in Volumes I and II of UNDAUNTED CURIOSITY – Boating America’s Coasts and Waterways.

Pamela Swift Ayres was born in Missouri and reared in Kansas and on an Iowa farm. Her engineer father did not believe in female higher education, so after high school Pam escaped to Southern California to pursue higher education on her own at community colleges and the University of Southern California. There in 1981 she and Professor Douglas W. Ayres met in one of his Graduate School courses.

Simultaneously with managing Doug’s endeavors Pam provided election administration services to a number of California cities, some by court order to determine and alleviate election problems. After both she and Doug retired they together provided home rule city charter conversion services to several California General Law cities. In 1988 they embarked on their Voyage of Joy, cruising the vast majority of the navigable waterways of North America 26,000 miles in all.

Chicago although they were founded barely prior to my “official” retirement from direct local government in 1975.

(Complete the sentence) Before I die I want to….. see the Tea Party gets it comeuppance!

Three most influential books in your life

A chance to do something significant for mankind – or at least a portion of them.

Q & A with Douglas

Douglas best summarizes what you need to know about him, “I am now 83, but in excellent health.  Such is the outcome of good genes, no tobacco, alcohol or coffee, and a good woman. ”

Give us three bullet points that best describe local government in Arizona. 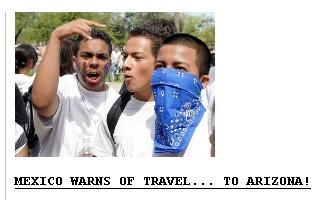 Hell, I grew up literally up a holler in West Virginia during the entire depths of the Great Depression and had no idea what I would do, so I took the universal “way out” and on high school graduation joined the Army.

“Grunt” and then “Lackey” to four small town local government officials – Town Manager, Town Attorney, Town Engineer & Town Treasurer, part time while attending the local college from end of Freshman year through B.A. and M.P.A., which led to a career in local government when I was asked to return as Town Clerk and Assistant Town Manager and as such, Town Manager for-life-successor.

Not really.  I take on their alleged and possible ignorance and give a brief synopsis of what local government is and a City Manager does before any ignorance can emerge.

Take on every opportunity to explain, in detail, what happened, what could have or did happen, and what can happen.

(Complete the sentence) In 2018, local government will be.…. in deep trouble if it does not adopt adapted business costing methods rather than “outsourcing”.  The latter is just an excuse for expanding the political “contributions base”.

What is the best thing you believe that should be done NOW by local governments to re-cover their financial and political stability and stature?

What is to be done to salvage public pension systems and their reputations which have been greatly damaged by private sector algorithm financial paper foisted off onto those funds by the “financial services industry”.