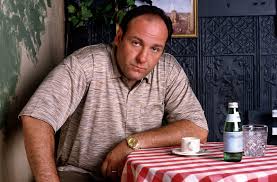 This is the first in a series of articles contemplating how your favorite fictional characters might fare in our field. Local government management isn’t for everybody. Does your sitcom sweetheart have the chops to handle a budget crisis? Does your ruthless dark overlord have the temperament to negotiate a labor contract?

There are so few moments in real life where a fictional act makes me emotional. The end of the Sopranos was one of those times. Not the actual end (I, like many, wasn’t overly satisfied with how the series ended–still hoping for a movie closer). But the fact that the show ended left an unfillable void in my Sunday night life. A big reason for that was that I studied Tony Soprano at the same time I was studying public administration and management. I viewed Tony as a leader and manager, and watched for cues I could apply in my field. When the series ended, I felt like I lost a mentor.

All of that said, running a crime syndicate is not wholly comparable to managing a community. It’s similar to when City Managers have department heads read Jack Welch or study Sergey Brin. The City of Geneva, New York is not the DiMeo Family, just like it’s not Google. Tony, Sergey, and Matt Horn all face a different set of challenges, and wide ranging spans of influence necessary to move the needle in our respective organizations.

So, how would Anthony Soprano fare in running the City of Geneva, or the Town of Gilbert, or the metropolis of Dallas? Just like all of us, his attributes and blind spots will advance and halt his ability to move his community forward. Let’s check out his scorecard:

You don’t get to the top and stay there for six seasons without a strong set of tools in your management toolbox. The International City Managers Association (ICMA) notes that, while longevity is on the rise (thankfully), a recent survey shows City Managers had an average tenure of less than seven years. So, Tony was performing on the average. Here’s what could give him staying power in the public sector:

He Manages a Diverse Portfolio of Facilities and Services

One of the aspects of any mafia story that I find most interesting is the wide ranging business operations that fall under the Don’s domain. Tony, in addition to his central role in management of municipal and non-putrescible waste, also oversees gambling operations, a retail presence, real property management, and at one point a stock trading business, In each of those cases, he relied heavily on key staffers, but understood that he needed to have eyes on everything to stave off disaster.

Municipal managers are in the same boat. The luckiest of us have an incredible leadership team–a set of subject matter experts–to guide us in management of everything from softball leagues to wastewater treatment. We don’t (necessarily) need to know how to fill a pothole, but we need to speak the language of potholes, and softball, and law enforcement…the list goes on. Tony knows when an envelope is light, and we too should have some key indicators to tell us when a particular enterprise isn’t operating between the lines.

Another aspect of mafia dramas that I really enjoy is the thought that goes into the organizational structure of any given crime organization. The Don. The Capos. The Soldiers. Everyone has a role, which makes the organization’s capacity to execute on delegation one of its best attributes. Tony uses delegation for lots of different purposes–to insulate himself from risk, to leverage the most work, and to develop his people. When he views his nephew as a likely successor, he gives him additional responsibilities, and holds him accountable to a new standard. When the most difficult tasks are at hand: tense negotiations for example (or that thing that happens in the Sopranos when negotiations are no longer possible) he entrusts them with his most seasoned Capos.

As leaders in local government, we need to ensure that our time is spent in the most strategic manner. We shouldn’t allow ourselves to get bogged down in the deepest details of the operation–especially when we have well-trained, highly capable leaders reporting to us. Like Tony with Christopher, we need to spot talent in its early stages and test it with new responsibilities. And like Tony with Silvio, we need to ensure that we put our best people on our most challenging projects.

He Understands the Political Realm

In Tony’s business, just like our thing, he understands that relationships are everything. He gets that politics (that’s Politics and politics) drive nearly every aspect of his business. On the formal or “capital P” political level, Tony makes productive use of his state legislator in advancing development projects (and getting out of speeding tickets). In relationship-politics, he understands how internal squabbles among his staffers, and external fencing with rival factions can be (and almost always are) bad for business.

The local government manager has to juggle all of these bowling pins as well. Relationships with our state and federal legislators are critical toward advancing policy and funding goals (though Tony’s methods may go a bit far, he gets the principle). I find that internal politics can soak entire days if not managed well. Disputes between department heads, and among action-level staff grind whole departments to a halt. Outside of City Hall, the City Council needs our support in balancing the political pressures they face in their constituencies as well. Tony could provide good guidance to a Council member, drawing on his experiences with Phil Leotardo and the other New York crews.

Even for all of his strong points, Tony’s management acumen isn’t all cigars and 20-year old scotch. His blind spots plagued him throughout the series, as ours do throughout our careers. Here’s a few I picked up on over the years:

Tony didn’t jump on the information superhighway with the rest of us. In fact, he considers technology a threat to both his family and personal life. In one Season 2 counseling session, Tony blames the internet for existentialism (Dr. Melfi points out that generations before him, people were turning to existentialism as an escape). He can routinely be seen trashing cell phones for fear of tracking or bugs, and in one setting he has an associate log off the computer before talking about a crime because “that cookie [stuff] makes me nervous…”

As we make our way through the local government management field, it’s likely that the use of technology as a force multiplier is the only financially sustainable strategy out there. Running from digitization of government will set you years and millions of dollars behind your peers. But Tony wasn’t all wrong–any technology deployment should be carefully evaluated to diminish unintended consequences like network vulnerability, erosion of customer service, and exclusion of those without tech access.

Like most leaders, Tony’s not a guy who enjoys hearing bad news. And, like many leaders, Tony’s gut reaction is anger. Most often, it results in personally-directed anger at the messenger. In the worst cases, well…

In his best moments, Tony vents only for a moment (taking out his anger on the closest throwable item or punchable surface), then quickly refocuses or finds humor in the situation. “Fifteen minutes from the freakin’ can and I’m laughing..,” Tony remarked after discovering that he may be the target of federal probes. “Ya gotta laugh, Skip…,” replied Capo Paulie Walnuts.

In the world of legitimate enterprise, including our work, anger is nothing but a deficit; particularly when it takes physical form. The best leaders focus when a challenge arises and get it behind them as quickly and completely as possible. Shouting at a colleague or throwing a stapler feels good for about 15 seconds. It produces nothing but hurt feelings and a diminished image of you as a leader. In the very worst cases in our business, a staff member who is expecting you to get angry at bad news may go to great lengths to hide it from you; exacerbating the problem to a boiling point that you’ll have to deal with eventually. If you’re a hot-head, find a professional development opportunity that deals with emotional maturity. It’s one of the single biggest elements of a successful leader.

He Bottles It Up

The darkest moments of the show deal with Tony’s feeling that he’s alone in his situation. It contributes to his health issues, prevents him from taking in and using advice from peers and advisors, and gets him bogged down in self-loathing. One of the most prolific speeches he gave relating to this was when his judgement was challenged by his Consigliari:

“All due respect, you got no [freaking] idea what it’s like to be Number One. Every decision you make affects every facet of every other [freaking] thing. It’s too much to deal with almost. And in the end you’re completely alone with it all.”

As a local government leader, you are so close to effects of the decisions that you make that feedback is nearly instantaneous, and always mixed. The coffee shop and newsstand chatter can become unbearable if you feel like you have to shoulder it all. Join a professional organization or two and bounce your frustrations off of peers, take up exercise; do anything that relives the tension and doesn’t make your critics the central focus of your work. You’ll be healthier for it, and be a better manager.

Given all of this, would you appoint Tony to a CM seat? From my perspective, if he had to get upstate and out of Jersey in a hurry for some undetermined reason, I’d put him in a leadership role. His creative thinking and entrepreneurial streak would be incredible assets. I may not give him too many direct reports until he goes to a class or two on effectively dealing with disappointment. I’d also send him to an MS Office bootcamp. Maybe that “Assistant to the City Manager” role would be the best fit for now…

Do you have a celebrity you’d like me to take a look at for a management role in a future article? Email or tweet Matt with your ideas.