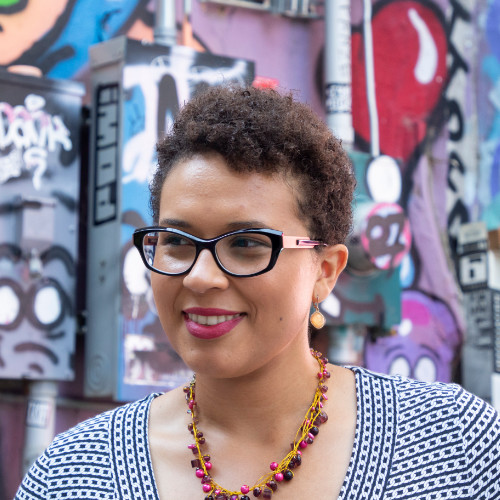 ELGL recently hosted an #ELGLBookClub on “City on the Line.” As part of this effort, author Andrew Kleine gifted five copies of the book to ELGL members so they could read, participate, and share what they’re learning with the ELGL family. This second installment is by Ruanda McFerren, the Cookingham-Noll fellow with the city of Kansas City, Missouri. Read the first installment here.

In the iconic 1998 romcom You’ve Got Mail, Joe Fox, as expertly played by Tom Hanks, paraphrases these words from The Godfather (which I’ve never seen… judge me as you will) and IMs Meg Ryan’s Kathleen Kelly to motivate her to fight for her neighborhood bookstore to stay open and beat the big, bad Fox Books.

Now, you might be asking yourself “what the heck does You’ve Got Mail have to do with local government and Andrew Kleine’s City on the Line.” Well, let me tell you.

Something that I often think about is how to balance being an active, engaged resident in my neighborhood and city with doing the work of the City.

Would it make sense for me to become actively involved with my neighborhood association, a known squeaky wheel, when I may have to make decisions that do not necessarily benefit my small patch of the metro?

Some of you may have found yourself in a similar situation. This is one small example of how, for many of us, the work that we do in local government intersects with the personal.

Often, taking the work that we do personally helps us to do better work. When we see abandoned properties and illegal dumping in neighborhoods, we have context and greater empathy for residents who repeatedly complain to us.

This local context allows us to draw connections between how institutional disinvestment in neighborhoods laid the groundwork for people to personally disinvest in the area.

When you see the problems a community faces and you know that you are working hard to effect positive change, of course you are going to take it personally when that work is criticized or questioned.

Like many of us, Gerald Grimes took his work personally, priding himself on program development and connecting people to resources. However, it was when he stepped back to “purge [his] own feelings” that he realized that process improvements implemented in Baltimore were “not attacking what we had built, [they were] trying to make it better.”

Fear of failure is another thing that keeps us from doing better work in our programs and departments. Fear that if we do not achieve a desired outcome our budget will be cut, we will face negative criticism from the public, or worse.

One of my biggest takeaways from City on the Line is that with a well developed plan, we sometimes need to take on the risk of the unknown. This is especially true with performance targets.

Kleine tells us that “a specific, ambitious target can focus thinking and compel action more powerfully than a general desire for improvement.”

When we put personal fear aside and maintain a commitment to achieving better results for the communities that we serve, these ambitious targets can help us to realize service levels and human outcomes that we might have once thought unrealistic.

When we put personal fear aside these stretch targets can help us find creative ways to address the underlying issues that fuel the problems our communities face.

I have recently wrapped up my first ever budget season and I somehow failed to take a public finance class during grad school. So, I really wish I had read Kleine’s book a year or two ago. Oh well. One thing that I learned during my budget season is that we all take the work we do personally and we all want the financial resources to do our jobs and serve our communities as best as we possibly can.

To me, it seems that taking the work personally can allow us to be nimble and passionate advocates for our programs and constituents or it can cause us to shut down and become defensive when “the way we’ve always done things” is challenged.

In a later scene in You’ve Got Mail, (spoiler alert in case you are 21 years behind on your romcom viewing) after Joe Fox’s Fox Books has put Kathleen Kelly’s Shop Around the Corner out of business, Joe tells Kathleen “It wasn’t… personal” to which she responds “Whatever else anything is, it ought to begin by being personal.” I agree.

Regardless of how you found yourself in this crazy local government world, take the work personally but not too personally.