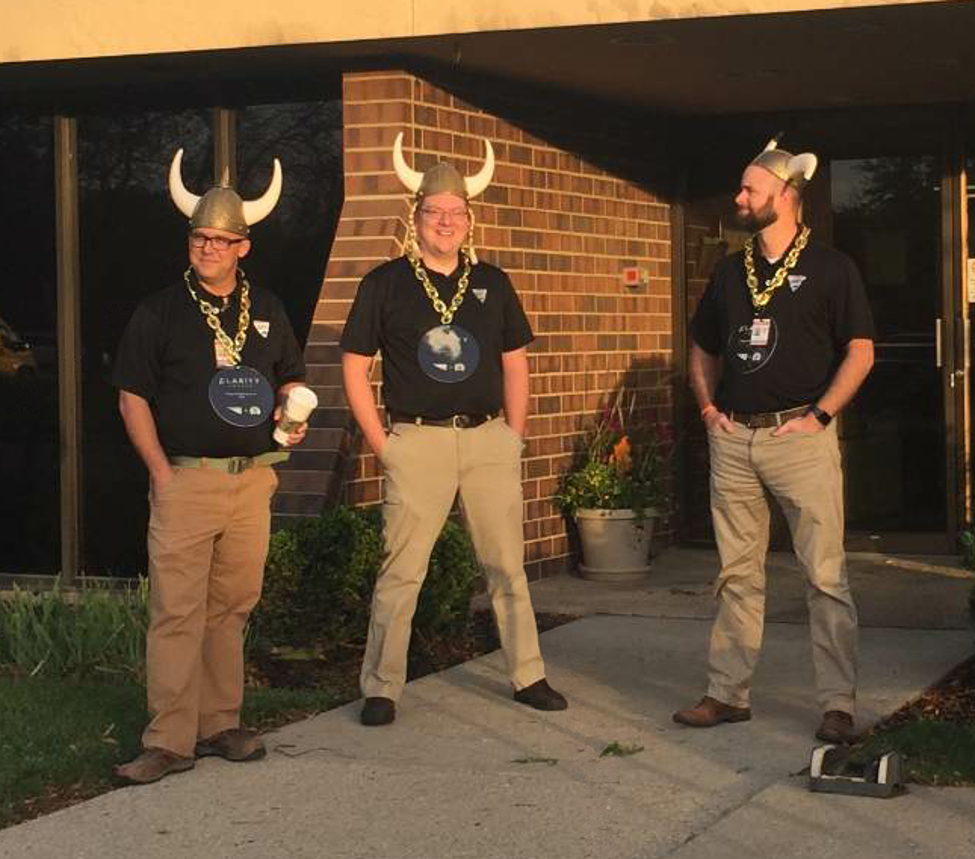 This post is brought to you by Mike Skibbe as part of ELGL’s “Creative Community” learning series about the role of arts and culture in local government. Sign up to guest blog about your local government experiences with creative placemaking here – tell your story so we can learn from you!

“When the energy of the arts is a driving force, the possibilities are limitless.” – Lynne McCormack, Director of Creative Placemaking at LISC.org

And as government, it is extra important. We have strong tendencies to set policies, procedures, ordinances, laws, and explain it all with heavy, college-level government-speak when our constituents are at an eighth-grade reading level. It is important to remember who our audience is, and to communicate well with them.

And this means that we have to break free from “the way we’ve always done it”.

The way we’ve always done it is comfortable. It’s a warm place, where we know expectations and how to get from point A to B. But that doesn’t mean its better. In fact, it’s almost certainly an issue for us as our resident’s expectations change.

We are working in an Amazon world, where our residents get updates on every step of their purchasing process, from checkout to delivery, and every stop that package makes on its way to their door. Information is freely available, right to their mobile device. They don’t necessarily know about the massive infrastructure that supports this on the back end, but they certainly know they like it.

So if your Public Works department has to issue a precautionary boil order after a main break, you better believe that your customers are expecting a text message or direct phone call.  How do we meet those expectations without the funding of Amazon?  Well, if we’re going to start anywhere, we first have to step out of our zone of comfort and the “way we’ve always done it”.

In an act of unintentional creative placemaking, but responding to the need to break through that comfort barrier, three employees at Buffalo Grove Public Works put on some plastic Viking helmets from the Halloween store and used a bit of costuming to help push their colleagues through (As there weren’t four people, they couldn’t be the Four Horsemen of the Apocalypse, but Three Norsemen of the Datapacolypse seemed fitting. Find them on Twitter).  Because the department was implementing a new asset management and work order system, and collecting data centrally, but needing to evaluate department procedures at the same time, they needed to inspire others to push through the comfortable way they’ve always done it and take a fresh look at how services were provided.

Over three years of tracking data, they are now seeing about a 10% year over year decrease in resident requests, while creating more time for scheduled, planned tasks. The shift is from reactive to proactive and is actual, measurable results.  Even if it took a couple of funny hats to prevail.

Buffalo Grove Public Works is not the only instance of costumes to help drive innovation. Greg Stopka, Innovation at the Park District of Oak Park, supports innovation through engagement incentives (prizes!) and a space-themed creative placemaking.  Their costume of choice?  Space helmets while handing out innovation awards. Greg says, “Innovation is and should be fun. Why make it bureaucratic and ‘governmenty’?”  He goes on to argue that making staff feel more comfortable helps get the creativity flowing. Not bad for the price of a cheap costume accessory.

Adam Savage, co-host of Mythbusters and now part of Tested.com, gave a TED Talk about the power of cosplay. Cosplay is “costuming” as well, but the more modern phrase used by ComicCon attendees. He argues that cosplay is a way of injecting ourselves into a narrative that means something to us.  To make it our own, and connect with something important inside all of us. Adam “uses costumes to add humor, comedy, color, and narrative clarity to the stories,” he told on Mythbusters.

Creative placemaking is not always going to be viewed in a positive light.

At a very public premiere to one of our creative videos describing public works, an existing APWA Top Ten Leader stepped up to the microphone to declare that “his buddies over in Buffalo Grove obviously haven’t figured out that thespians don’t make good snowplow drivers.” So creativity might not be seen in a good light in your organization or in your field.

But I will extend an open invitation right now to all the thespians, creatives, and musicians to come work for me, as that’s the premiere group that can solve problems that haven’t been addressed by the way we’ve always done it.  Through this conversation about creative placemaking, we’re hoping to release the stigma and begin a shift in local government.

Yeah, we put on funny Halloween hats to draw attention to the fact that the world really wasn’t going to end. Even if our work was being deemed as apocalyptic in the organization.  It was about engagement. How do we engage our peers, get them over the hurdle of fear, and provide an environment that is safe and open to creative energy?

When our team won a clarity award, for something as dry as daily vehicle check sheets, but presented in a way that engaged our audience, we went overboard and mounted replicas to gold chains, hanging the award like a giant Flavor Flav clock.  We even passed this tradition to the next winners.

And those funny hats and clarity awards hanging from gold chains have opened up a conversation that we’re having around the country now.

Three Norsemen of the Datapocalypse

Mike Skibbe is the Deputy Director of Public Works for the Village of Buffalo Grove, and has served the community for over 20 years.  He is one of three Norsemen of the Datapocalypse, an innovation and presentation team battling the way we’ve always done it, duplicate data entry, and the cheese danish.  No one should put cheese on a pastry.  Follow them on Twitter @Norsemenof.  Mike is also part of the 2018 ELGL Clarity Award winning team, and a 2019 Traeger Awardee.

Connect with me on: Twitter  I  LinkedIn  I  ELGL