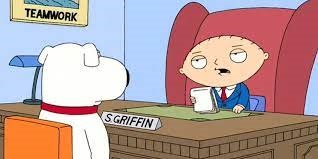 Today’s Morning Buzzer is Matt Horn, the Director of Local Government Services for MRB Group. Catch Matt on LinkedIn and Twitter, and anywhere that Reese’s Peanut Butter Eggs are sold…

In my first weeks as a City Manager, I sat down with each of my leadership team members to be sure I understood their professional development aspirations. I put together a short exercise that essentially was built to answer the questions, “What is your dream job?” and “What do I need to do to help you get it?” I had a few conversations with some gratefully astonished staff members, who hadn’t really thought much about it. Toward the end of the interviews, I became astonished myself. One of my department heads, a woman in her early 40’s, answered the first question with, “I’m in my dream job…”

She was a hometown lady—having lived in the community her entire life. She’d been in public service that whole time, and was in her second job—her first as a manager. She went on to say that serving her community was her dream, and she intended to stay in that position through retirement. That’s been long enough now that she’s within a few years of realizing that plan!

After that meeting, I looked down the roster at City Hall—there were people there 20, 30, OVER 40 years! I started talking with fellow managers in the region, and found that this was the norm. Particularly in action-level positions, these folks were getting into public service, and staying there.

In truth, local government has largely been immune to fluctuations in workplace trends—a stable place in the employer market. But, all that is changing in the face of my least favorite three words:

In my travels these days I am listening to forlorn City Managers and HR Directors, wondering where the applicants went—and worse, where the incumbents went. This shift has challenged me to help communities start to re-orient their workplace to the way the best private sector firms have been operating for decades: a people-centered culture. Valuing employee satisfaction over nearly ever other benchmark.

Chances are, if you work in local government, you’re in a municipal building that was constructed around 1910, and you have an HR Manual to match that historic character. And that represents the entirety of your workplace culture (possibly aside from a few union contracts). Additionally, statutes and regulations might seem to hamstring you in the way that you can show gratitude to your employees. Even if that’s the case, there are a few things you can do to jump start a culture shift, and signal to your employees that they are indeed valued.

It’s not easy, but as leaders we need to make it a priority or pay the price. It’s also not rocket science, so chances are that you’re already doing a lot of this…but, I had to write something, so I figured this might as well be it. Keep up the great work, and be sure to send me your pictures from Wacky Tie Tuesday and Hawaiian Shirt Friday!