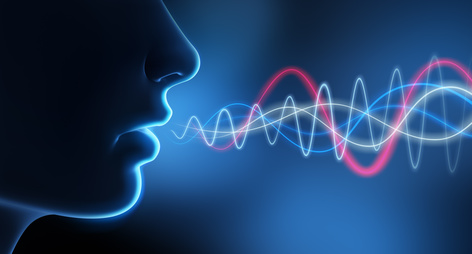 Today’s Morning Buzz is by brand new Morning Buzzer Will Hampton – connect with him on LinkedIn and Twitter!

What I am watching: True Detective, Season 3

What I am listening to: The Peter Attia Drive podcast

What I am reading: The Gulag Archipelago (Abridged), by Aleksandr Solzhenitsyn

First, apologies for the click-bait headline. I’d love to be able to tell you all communications from the City of Round Rock, Texas, are similar in tone and quality. They’re not. (If they were, we’d shoot for a gentle Texas drawl, warm and reassuring. A cross between Sam Elliott and James Garner. Or, better yet, a blend of Sissy Spacek and Alfre Woodard.)

While it’s virtually impossible to create that kind of consistency on all the different channels we use for outbound communications – especially because we are somewhat decentralized, with police and parks and recreation handling their own PIO responsibilities – there are some hallmarks of what comes out of City Hall.

We like to be less formal and more conversational whenever possible. Sometimes that’s hard to pull off when the subject is roadway impact fees. But if we can write something or create a video that doesn’t read or look like it came from the government, i.e. boring, that’s a win. You can even have some fun and go cat videos or cheesy infomercial for a budget message.

Regardless if it’s formal or fun, credibility is key. If residents don’t believe what we’re telling them, we’re sunk. A great way to earn credibility is to share, up front, any potentially difficult or negative aspects of a project or proposal. Because we work in the government, we’re charged with tackling big problems that typically require big solutions. And you can’t implement a big solution without causing someone some pain.

So be honest about that unavoidable pain. Don’t sugarcoat bad news. When stakeholders see you being honest about the “bad stuff,” they’re much more likely to believe you when you’re sharing the benefits of a project.

And don’t rely solely on data and facts to tell your story. You need to speak to people’s values as well. By values, I mean people’s likes, dislikes, hopes, fears, dreams, hates, etc. In other words, speak from the heart as well as the head. Don’t go all Stuart Smalley,  but do acknowledge the potential emotional impacts your project may have on folks as well.

When we think of voice, we think primarily of our digital channels. But how you interact with citizens face to face needs to reconcile with your online persona. Again, it’s all about credibility.

To wit: I recall a road realignment project we were proposing in Round Rock years ago. At the time Dell, which has its headquarters here, was expanding faster than we could build new roads to keep up with the increased traffic to its campus. As a result, there was a lot of cut-through traffic in an adjacent neighborhood. So we developed a proposal that would realign a major roadway. The good news: The realignment would reduce if not eliminate cut-through traffic in the neighborhood. The bad news: Seven families would have to sell their homes to the City to make way for the realigned road.

So we held a meeting in the driveway (a less formal setting) of one of those seven homes. We invited residents from the neighborhood to bring their lawn chairs for a presentation and Q&A. We laid out the problem and let them know the already bad cut-through traffic would get increasingly worse if we did nothing. Then we unveiled the road realignment and let them know our solution was one that some of them were probably going to absolutely hate.

Long story short, the project moved forward and was a success on at least three fronts: first, the realigned roadway functioned as designed; second, we did not have to use eminent domain to purchase any of the seven properties; and third, the project didn’t generate negative news media coverage. Because we were up-front about allaspects of the project, good and bad, folks understood why we were doing the project. They weren’t happy about it, but they didn’t fight us on it, either.

So while creating a voice for your organization is probably not feasible, you can absolutely communicate with a forthrightness and integrity that will build credibility for your organization. It will likely make you uncomfortable. Telling an already upset citizen, “Yes, in your backyard!” is not easy.

Our experience has been that, over time, it gets easier as the public becomes more trusting when they see the organization talking about issues in this way. And you won’t have to sound like Walter Cronkite to have them believe you.