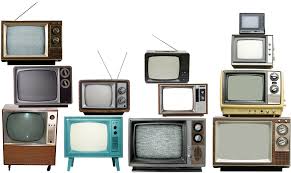 Now, it’s not my intention to pressure you. Sometimes our jobs can feel exhausting. It can feel hard to see the true impact of our work, through the every day gripes and challenges just trying to get something as simple as a tweet written. I feel it, too.
I’ve been thinking about this a lot as I write these monthly columns, and I guess I just wanted to share it. Those of you who are engaged is extending the reach of the government through these new digital tools….well, you are cultivating the next generation of informed people.
I mean, how cool is that!? It’s kind of a big deal.
I believe it’s imperative that local governments recognize the opportunity these emergent digital tools provide, and not just grumble and say, “Well, that’s just not how we do things.” I guess that’s why I enjoy sharing with you.
Now, it may very well be the case that digital media or social media create some “That’s just not what we do” moments. I get that, and that might be the right response in the moment. But I caution and challenge you to stay alert, so you can recognize when that’s not the case. In fact, I think more often than not statements like that merely serve to reinforce just how vital it is to help government adapt to our evolving world.
The New Town Hall

ELGL recently shared a tweet from the Pew Research Center about how people who are more engaged in local news are more connected to and satisfied with their city. Naturally, this struck me as a powerful reinforcement for the value of digital communications in local government. Tools like social channels or mobile friendly websites give government departments and electeds a chance to stay in regular contact with their citizens.
Not everyone has the time or interest to attend every town hall or city council meeting, but that doesn’t mean that people don’t value staying informed.
According to the Pew Research, “As with civic engagement, there are clear relationships between thinking a city is an excellent place to live and connection to local news.” Another important takeaway is that, “The very engaged are also somewhat more digitally focused in their local news media habits.” They also are more likely to learn news from their neighbors, but sadly the rates of learning directly from government are quite low. Fortunately, as a glass half full kind of person, I just see this as meaning there’s room for improvement.
Passive Technologies vs. Engaged Technologies
The growth of advanced, affordable technologies is driving this shift in communications.

People are connected everywhere. They’re on their desktop at home, on their phone on the bus, in front of their work laptop at the office, and back to their connected TV at home. People are in control of what they read, how they learn, and what they share. More and more, we’re seeing people moving away from passive technologies — like television and radio — to engaged technologies — like streaming media or social media, as you can see illustrated in the social media growth trends chart below.
People are getting active in their decisions, and if government doesn’t show up where their citizens are they’re going to fall far behind and far out of touch.
Failure to Launch?
As people are becoming more savvy and comfortable with these tools, government officials or departments may struggle to keep up. Dealing with complicated policies and procedures, approval chains, or sharing limitations may keep departments bogged down with logistics and challenged to meet the needs of their communities.
The first step to overcoming that is to do what you can to educate your leadership and gain buy-in to use these new tools. Experiment. Fail. Learn. Grow. It sounds counter-intuitive, but it’ll help you learn what’s most valued by your community, and, if you act human within your social presence, people will recognize and value it.
People talk about and share things that are happening in their community all the time. If you’re not tuned in and helping to provide answers or clarity on a consistent basis, then someone else is likely to take on that role for you. If you want to guide the conversation and clarify misperceptions, then engagement in the conversation is the only way.
“Iterate or die”
To add another wrinkle to the mix, what you know today may be very different from what you learn tomorrow. For example, you may have heard chatter about the recently launched Periscope. Periscope is a new live-video streaming tool, launched by Twitter, which has the potential to radically change how information is shared. Suddenly, anyone with a smartphone in his or her pocket has the ability to broadcast a live video feed to his or her, or any, followers.

This will continue to exert pressure on how information is shared, particularly around incidents involving local government, like incidents of crime, or public gatherings, or comments by elected officials. Whether it’s Meerkat (another buzzy live-streaming service) or Periscope, it’s just another example of how technology is redefining our communications landscape.
There’s a saying in the tech world that seems oddly fitting for how quickly things are evolving on the large scale. “Iterate or die.” While, I hate to cast such a gloomy glow over it, there is something to be said for the shift in how we need to be thinking. We must continue to push for greater agility, greater openness and transparency, and greater responsibility to evolve alongside our citizens.
I hope you, like me, can see the fun and possibility in shaking things up a bit. Shake off those worries, and dig in. Look forward to sharing with you again next month.