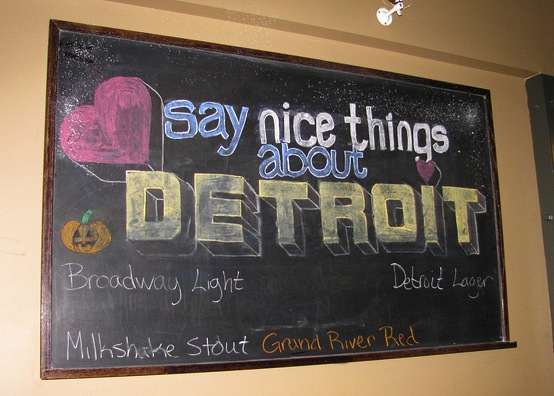 Before you leave for #ELGL17, what’s the biggest project facing you at work?

My 9-5 work isn’t applicable to the upcoming conference, so I’ll answer with regard to the work I do when I’m at home. The biggest problem I’m facing is data; both its availability and its quality.

Window, middle, or aisle – which is your preferred seat on an airplane?

When I think of Detroit, I think about…

the underappreciated culture that thrives in this great city. Whether that’s represented by the annual Marche Du Nain Rouge, or the friendly rivalry between Lafayette and National Coney, this city has traditions and secrets rich in culture. And that’s the side of Detroit that never gets talked about.

What’s the best article or book that you’ve read about Detroit?

Admittedly, I’ve never read a book about Detroit, and I can’t really think of an article I read that stuck with me. In general, the best book I read about a city was Devil in the White City, but that was about Chicago. I saw a reference to Detroit: An Autopsy on the ELGL website, so I actually just bought that from Amazon and am going to read it before the conference.

Detroit is the home of ‘Motown’. If you started a Motown group, what would you name it?

A quick analysis showed that the names of some of the most successful Motown groups started with the word ‘the’ and ended with a noun or adjective. So, to ensure my success, I would call my group ‘The Gallimaufry’.

Who is the most famous person in your cell phone contacts?

I suppose that would be this guy I know who is one of the photographers for People Magazine.

Lafeyette or National Coney, but you should also indicate that the question should answered after the conference.