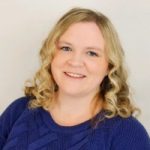 Why Inga is on the Traeger List: Inga Cushman is a one-woman rockstar. We are both government communications professionals working in the same county, and I’ve gotten to know her over my time in local government. Inga is like a Swiss Army knife when it comes to her role in local government. She literally does it all – communications, human resources, and a ton of other things that I am not going to name it all. What I appreciate about Inga is her desire to grow and learn for the betterment of her community. Inga also coordinated the 2019 Supper Club event in Madison for Engaging Local Government Leaders, which was an excellent opportunity for other local government leaders to interact with their peers.

More kind words: Inga may be more like Leslie Knope than Chris Traeger, but she certainly deserves the recognition! 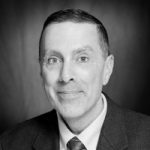 Why Eric is on the Traeger List: Eric began as the City Manager in Milford, Delaware in January 2016. In the four years since, he has positively influenced the Milford community and the local government profession in Delaware. Among his many accomplishments in Milford, Eric started an employee safety committee and regular safety and human resource training for employees. He updated the City’s personnel manual and developed a series of policies and procedures to improve the accountability and transparency in government. Under Eric’s leadership, the City updated its strategic plan and worked to secure Downtown Development District and Opportunity Zone designations for Milford’s downtown. He has led by example, often volunteering in his community and encouraging his staff to do so as well. He has been a vocal advocate for the good things Milford is doing, often tweeting about Milford and the good work being done by the City’s workforce.  These are just a few examples of his contributions to his community. There are many more. In addition to his service to Milford, Eric has been instrumental in improving the city management profession in Delaware. He, in partnership with the manager of Rehoboth Beach, hired the first ICMA Local Government Management Fellow. That fellow secured a full-time position in Rehoboth Beach after completing his fellowship. Now Milford has partnered with Lewes to hire Delaware’s second Local Government Management Fellow. The success of this initial fellowship was key to the University of Delaware’s development of a fellowship program for MPA students. Eric also encouraged the City Management Association of Delaware to join ICMA’s coaching program, which we joined in 2019. He has also started the association’s discussion about developing a Senior Advisor Program. Eric is a coach and mentor to his peers in the city management profession, and he is an example for all of ethics in leadership.

More kind words: Eric will be leaving his role in Milford at the end of the year, but the influence he has had on Milford’s workforce and management, as well as his influence on the profession will continue. 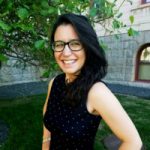 Why Nina is on the Traeger List: Being a first-time manager in her first year did not slow Nina down one bit in terms of her professional writing and engagement beyond her community. She not only started a column specific to women’s leadership in PM magazine and published several articles there, she started a professional book club in Colorado and was a huge influence in the first Colorado Women Leading Government Annual Conference. You can always count on her to have keen leadership insight, an uplifting message, and to be tackling the thorniest issues out there in her community – not to mention writing classic morning buzz’s that usually make me yell pivot at her at least once every time we see one another. Really though, her most profound influence is on the personal level. One day we were texting and I said I was bored and anxious waiting to hear back about a job. Her text back, “What can you do to advance your career today.” If she were just a half-hour closer, I would work for her despite needing to commute hours everyday, just for comments like that.

More kind words: Nina is planning on starting a podcast solely targeted at recruiting more women to all levels of government. She came up with the idea after listening to a podcast that asked the question, “what really truly drives you?” and “What do you want to be your legacy” Is there a more badass legacy than that? 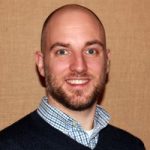 Why Nick is on the Traeger List: Nick has been a good example for how governments can employ social media to authentically engage their communities, and he loves helping his colleagues. Nick is the first person to jump in to support via a twitter friendship formed through ELGL. He is a master at his trade, embodying how social media can be a tool to navigate real relationships with your community by how he interacts with his colleagues across the globe. He doesn’t care about what function your role is specific to, he’s going to be engaged and interested regardless. And that makes a person a local gov rockstar.

More kind words: And he has impeccable taste in food. 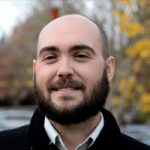 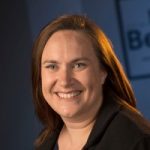 Why Sarah is on the Traeger List: When the City of Beloit hired its first-ever communications person, Sarah had to step up to the plate and make the job her own. In a short time, she reviewed the city’s current communications strategy and implemented a plan to enhance communications and engage the community. Sarah’s role ensures that a consistent message is being shared across all city communication vehicles and working with community partners to ensure that information is accurate and timely.  The City of Beloit sits in two to four media markets, depending on the breadth of the story, and Sarah can often field questions from reporters in Beloit, Madison, Rockford, Janesville, Milwaukee and Madison in a single day. She’s also been instrumental in successfully persuading the U.S. Navy to name a future Littoral Combat Ship after Beloit and in coordinating major announcements on future economic development projects, including a proposed $450 million Ho-Chunk Nation casino and resort development project, a 1 million square foot warehouse distribution facility being built for a yet to be named publicly warehouse distribution facility, and plans for a $30 million minor league baseball stadium.  In addition to accomplishing these projects, Sarah’s been diligently working to ensure residents have access to the information they need in a clear, concise way that is easy to understand. She redesigned the city’s website from an extremely dated to a fresh, mobile friendly platform. What’s truly remarkable is Sarah has done all of the above with virtually no budget due to state-mandated expenditure restraints and flat shared state revenues. Beloit is a low income community with nearly 25% of its residents living below the poverty line, so its resources are limited and Sarah has had to be innovative in how she approaches projects. The major economic development projects are game-changers for this city, and Sarah’s communications work has been key to educating the residents about these projects.

More kind words: When it comes to Sarah’s role, she views it as a marathon and not a sprint. Small gains along the way have a positive impact. She’s also thrilled to see the positive impacts the additional jobs the community will receive from the economic development projects. As someone who grew up in a low-income family, she is passionate about the future opportunities for families in her community. 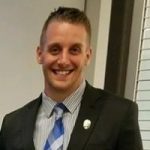 Why Tim is on the Traeger List: Tim Gomez is a rockstar local gov employee and educator with a diverse background and a can-do attitude. He’s experienced in a wide array of projects and topics related to local government, both as a practitioner and as an academic. He wows us frequently with personal Morning Buzz articles that are both deeply relevant to our world in local government but also creatively unique to his own style — showing that you can be a professional and still be yourself. As an academic and educator, he passionately shares what he knows with his students, impacting a future generation of local government rockstars. He’s a passionate member in the Arizona local government game and we’re lucky to have his experience in our arena.

More kind words: My path first crossed with Tim in graduate school. Since then we have been classmates, colleagues in policing, served on the board for the International Association of Law Enforcement Planners Southwest Chapter, and taught together at ASU. He’s always a strong supporter and quick to provide feedback. He has been a part of my professional life from the beginning and he’s one of the best when it comes to passionately advocating for the value of local government. 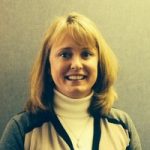 Why Emily is on the Traeger List: Emily is an amazing and compassionate leader who sees the forest for the trees.

More kind words: She Is a huge fan of ELGL as well 🙂 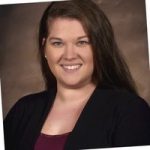 Why Jennifer is on the Traeger List: Jen has not only taken on a critical role with the Village of Richfield and thrived but has also dedicated her self to the profession and puts in countless hours working with her alma mater to get students interested in the local government career path. 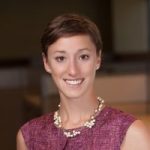 Why Julia is on the Traeger List: Julia is someone who gets stuff done and has been doggedly helping the City of Boulder focus on performance and innovation with an eye towards equity and inclusion.