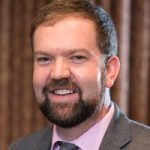 Why Josh is on the Traeger List: Josh is one of the most passionate and innovative people in local government. He is also a poster child for the career path for those of us hoping to make change and encourage innovation. After leading the i-Team and strategic planning work at the City of Durham, NC he has made the lead to Assistant Manager in Athens, GA. I can’t wait to see what he does next.

More kind words: Josh led the Innovation Summit at ELGL19 and appeared on GovLove this year. 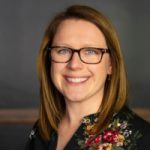 Why Kelly is on the Traeger List: I know Kelly has been on the list before, but I cannot help but nominate her again, because she is just a force to be reckoned with. Colorado Women Leading Government has made huge strides forward because of her leadership. In fact, under Kelly’s leadership CWLG even managed to ruffle a few feathers, in my mind a sign that we were definitely finally pushing hard enough to try to show actual progress forward, with some of the more senior CCCMA membership noting that “everything seems to be about Colorado Women Leading Government” Kelly insisted that CWLG be specifically represented on the CCCMA board, have a say over annual awards, and be empowered to plan our own programming. Actually, insisted isn’t the right word, it is more like she just made it happen and did not apologize to anyone along the way! It is this spirit of action that has landed Kelly in the new role of President of the League of Women in Government, and I cannot wait to see where the group goes under her leadership. Personally, Kelly has been just a rock of support. She is the first person I text when I know I need to have a brave conversation or push myself harder and her advice for confronting local government challenges is second to none. She is epically skilled at taking a controversial thought and editing it to keep the same theme but be palatable to all of our local government colleagues. I personally owe her a debt of gratitude for the excellent professional development she has done with CWLG’s monthly coaching calls as they have always been a fantastic source of professional development for women in Colorado and beyond.

More kind words: I’m not sure how Kelly sleeps. We will have short conversations about something we need to do for CWLG and then magically the next day she will have pages of work completed! 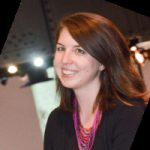 Why Laura is on the Traeger List: Laura does more for her agency and localgov in general than she or anyone else realizes. Her willingness to apply her knowledge and talents to problems for other people’s benefit is second-to-none, and we’re better off because she’s a part of ELGL. 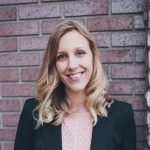 Why Allie  is on the Traeger List: Allie is an incredible leader who works diligently for the City of Sioux Falls. She always has a listening ear for the residents and employees of our great city and truly wants to make Sioux Falls a great place to live, work and play. Allie jumped head first in to her work on the Innovation Team and is tackling a large project within our city that deals with improving our city transit system. When Allie sees an obstacle she doesn’t let it slow things down, she will continue asking questions and remain positive until a viable solution surfaces and this is a great example for all departments within our city. Allie works cross-departmentally across our entire city and strives to know everyone’s name and make them feel valued. In addition to being an awesome Innovation Coordinator, outside of working hours she also volunteers her time for our Big Brothers, Big Sisters program as well as serving on our local library board.

More kind words: Thank you for continuing to encourage local government leaders to be the best they can be through all of the programs and recognition that you offer! 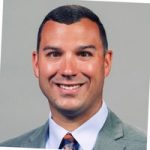 Director of the Central Permit Office, City of Syracuse

Why Jake is on the Traeger List: Since Jake started working as the Director of the Central Permit Office, the median review time to receive a permit has decreased from 120 days to 35 days.  He has led a team that has made a ton of change in the last six months of 2019 alone. They have launched 25 new initiatives and plan to launch 30 more in the beginning of 2020.

More kind words: Jake has made all of this change, while also finding time to referee Division 1 football across the country every weekend. 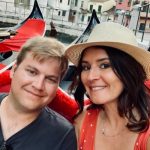 Why Leah  is on the Traeger List: At DCHD, I am the STD Program Supervisor, with mentoring and oversight responsibilities of 10 staff members, and numerous students completing graduation requirements, internships, and/or capstone projects.  I have worked to improve DCHD through recognition including presentations (“Innovative Partnerships to Improve Public Health: Public Libraries and STD Testing” at a National Innovation Conference), blog posts on National Coalition of STD Director’s website, support staff in poster presentations at public health conferences, and television interviews on local news channels.  I am strengthening this community through education, teaching Epidemiology as Adjunct Faculty for the Doctoral Nursing Program at Nebraska Methodist College and Adjunct Professor and Course Director of Epidemiology and Biostatistics for the MPH Program in the Preventive Medicine Department of Creighton University – both local institutions. I am fortunate enough to participate on several national groups such as American Sexually Transmitted Disease Association, and National Coalition of STD Directors which has helped me learn about what other groups are doing nationally. Lately, I have been serving as co-chairs on two wonderful workgroups: NBS STD User Group and NACCHO HIV, STI, and Viral Hepatitis Advisory Workgroup.  This year I was named one of the 40 Under 40 in public health by deBeaumont Foundation. This has been not only an honor, but is a recognition of achievements that have happened so far and encourages me to continue the fight for community health improvement. It has provided a networking opportunity with other energetic and highly-motivated health professionals. 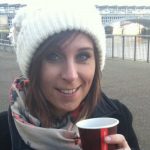 Why Nicki is on the Traeger List: Nicki has a deep passion for enabling residents in her community to make important decisions. She oversees a resident’s panel, where residents have the power to spend government funds on projects they think will make a difference in their community. Nicki’s commitment to empowering the residents she serves is impressive. 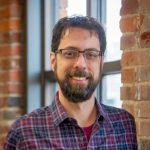 Why Michael is on the Traeger List: He’s not just fundamentally good at his job and working with data, but he genuinely cares about the community he’s serving. The Louisville 2019 Data Report took into account the user experience, and that results in making open data and data-driven government more effective. The community can see this additional effort that his team puts into his work and it matters and makes the open data world easier and better for all of us. Plus he’s just a really nice guy and I’ve learned a lot from him. 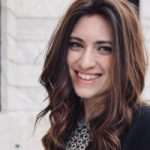 Why Hannah is on the Traeger List: Hannah is a great advocate for people who need local government, and is doing incredible, important research to connect governments to the best ways to help them. Whether through her academic pursuits or her very popular regional & national journalism, or just in her community, Hannah is always looking for a ways to help others. 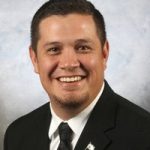 Why Ryan is on the Traeger List: Ryan is a local government rockstar! When I met Ryan six years ago he had just been hired as a Contract Compliance Specialist with the City of Colorado Springs. Everyone quickly realized how smart he was, and more importantly, how much he truly cared about his coworkers, his employees and the community and he was quickly promoted and currently serves the Support Services Manager for the City. Ryan is to the go-to with any questions an employee might have, and functions as the “problem-solver” for the City. Whether an employee has a great idea, needs a process improved, or just needs some advice from a colleague, Ryan is the one people go to. He always put his people and coworkers first and embodies the “listen first” leadership model. Since he joined the City, he successfully developed the City’s first cross-department Citywide Facilities Maintenance Committee to prioritize all facilities CIP projects across the City leading to all departments across the City to agreeing to fund fixing dilapidated parks facilities first. He successfully developed the City’s first Smart Cities Plan with input from over 100 stakeholders, and in-sourced the City’s facilities maintenance department. He makes great things happen for his people, coworkers, organization and community and is an inspiration to many!