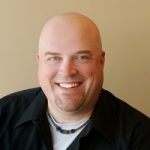 Why Jason is on the Traeger List: Jason is one of those unique leaders who creates a supportive environment for those around him to grow, instead of looking out for himself. He had an immediate impact on the culture of Sioux Falls’ local government since joining the team, encouraging innovation and experimentation. 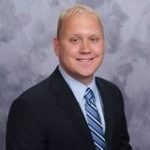 Why Julius is on the Traeger List: Throughout his career, Julius has been a consistent supporter of those looking to enter the local government sector. He has run internship programs in every community he has managed, with many of his former interns going on to successful careers in local government. He helped to build the early career development program within our state association andhas continued to serve his fellow members in his role as chair of our professional development committee. Julius consistently uses his platform and voice to raise up colleagues and co-workers and is a frequent source of advice for his peers. 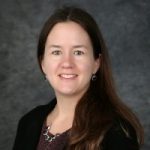 Why Megan is on the Traeger List: Megan embodies everything that is good about local government.  She comes to work every day with a passion and commitment to truly make a positive impact on her community.  Megan has revolutionized the city’s efforts to engage the community about the budget and the budget process. The engagement process she developed is meaningful, fun, and reached a diverse audience and included: • Launching a budget simulation through Balancing Act, resulting in a 10 fold increase in participation • Working with the city’s IT staff to design a unique online game called the ‘Budget Bracket Challenge.’ This march-madness style bracket challenge randomly paired city services against one another, forcing residents to identify their priorities for additional funding in the budget. This challenge was available online to all residents and megan designed an interactive version to present live to civic leagues and, • Working with our Communications department to create ‘Budget and Brews,’ a series of events in which the city’s  Budget Director and one or two other department leaders took over the corner of a local brewery or coffee shop to chat with residents about the budget.  Feedback from residents and City Council alike was extremely positive Beyond budget engagement Megan has also been involved in many of the city’s highest priority initiatives.  She is the key city staffer working through the policy and logistical considerations of bringing a 21st Century Career and Technical Education high school to the city. Megan has also played a key role in the city’s St. Paul’s Area redevelopment project.  This project, recently awarded a HUD Choice Neighborhoods Initiative (CNI) grant of over $25 million dollars, promises to transform the lives of over 4,500 residents living on 200 acres of 1950’s barracks style public housing near downtown Norfolk. Megan wasn’t assigned to work on this project – her passion for this project was such that she just volunteered to do extra work so often that she became made herself a key member of the team. Megan has also led the effort to create a women’s professional development series for city employees.  Again, this is not work that Megan was assigned. She identified a need and built a program from scratch. When she sent invitations out the event was filled in less than 30 minutes and more than 50 employees were placed on the waiting list for the next event. Megan is truly the embodiment of Chris Traeger’s highest ideals. While Megan was not diagnosed with a rare fatal blood disorder as a child she, like Chris, sees every day alive as a gift and is committed and passionate about improving her Community and the lives its residents. 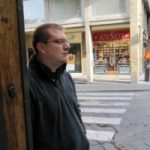 Why Mike  is on the Traeger List: Mike was the OG Clarity award winner with the Village of Buffalo Grove in 2018 and is now serving on the award committee.  Mike has been active in promoting LocalGov careers to the next generation and presented at two ELGLInspire events in the Chicago area in 2019.  Mike is/was the founding member of the IL Local Government Innovation Academy in Chicagoland with fellow ELGL members, with an emphais on increasing capacity & awareness for innovation in the region.  MIke helped author the new Vision Statement for ELGL, “ELGL amplifies the good in local government”. Mike is one of the three “Norsemen of the Datapocalypse”, an innovation & presentation team, who have given presentations in the Chicago area, Denver Co, and an ELGL Webinar broadcast.

More kind words: Mike is an active member of the American Public Works Association (APWA) and currently serves on the APWA education committee.  Mike is also the recipient of an APWA Management Innovation Award in 2019 for innovations in service delivery. Mike is championing a necessary and long overdue culture change within our own organization.  His leadership in this has yielded very positive reactions and results from staff, and is gaining momentum throughout the organization. Mike thrives in challenging environments, actively seeks solutions through employee engagement and encourages all staff in the best ways.  Mike is patient and thoughtful in his decision making and process, always looking for improvement and opportunities to coach and mentor others through the process. 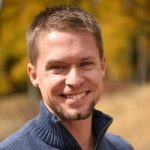 Why Nick is on the Traeger List: Nick is a local gov cheerleader who is sincere in his support of best services and innovative practices. He’s supportive of those in the field and mindful of how people grow and learn. He’s one of the best mentors who has touched local gov employees across the globe to support the work they are doing. 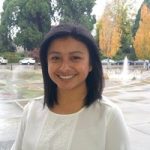 Why Erika is on the Traeger List: Erika deserves to be recognized for her commitment to serving and improving the Hillsboro, OR community. She has the biggest heart and the smartest mind of anyone I’ve ever met. She is a public servant through and through- She is a leader among her peers, a member of the local school board and in what little spare time she has, she volunteers with her two children. Because of her passion and purpose for making our City as inclusive, progressive and celebratory of our heritage as possible, Erika deserves a place on the 2019 Traeger list.

More kind words: Erika is a powerful woman and a conduit of change and inclusivity in our community. This purpose of public service is second nature to her and she remains humble and unaware of the effect she has on others. She deserves this award more than any other because her involvement and passion for public service comes from a place of love for our community and dedication to creating a loving and accepting world for her children and others. She doesn’t ask for any recognition and her motivation to serve is a reflection of her true character. 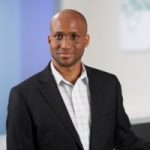 Why Collin is on the Traeger List: Entering his fifth year in local government, Collin has proven himself a rising star, first at City of Lansing, MI. Whether is data sharing, business intelligence, or just processes, Collin is a perfect blend of big thinking, execution, and willingness to drive projects forward with unrelenting focus, all wrapped behind a smile. He’s a very curious person, who enjoys photography, saxophone, and jazz music.

More kind words: Not my content, but shows him presenting. 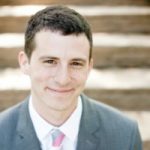 Why Sam is on the Traeger List: Sam’s title is Chief Data Officer.  However, even though he doesn’t say it, he often acts as a Technology Officer.  He helps departments identify ways to use technology to improve operations without spending any new money.  In 2019, he also lead the Syracuse Surge effort which is the City’s strategy for growth in the new economy. He has helped to make Syracuse the first city in the country to have a fully scaled, smart street light system.  He helped bring 5G to the community. He also helped orchestrate an agreement with Microsoft, in which they will develop a presence in Syracuse and help to execute a vision to improve the lives of citizens. 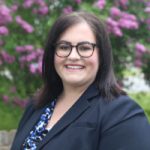 Why Kayla  is on the Traeger List: Kayla is a strong leader and advocate for her community. She is well respected by her peers from throughout the state and is currently serving as president of the Wisconsin City Management Association. She is a leading advocate for women in the profession and we are lucky to have her in our state. 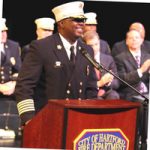 Why Reggie is on the Traeger List: Dude’s all over the place trying to make a difference in every way he can across his community. He also intentionally lifts up the talents and achievements of others to highlight how their work has made a difference. He serves on multiple boards and committees working to elevate his industry. He also prioritizes the professional development of others. I personally cannot wait to see what he accomplishes next.

More kind words: Reggie works in an industry that is sometimes ingrained in its ways. It is refreshing to see someone so influential push to think about things differently and strive to improve his community and his peers every day.