Colin Baenziger is a student of local government and responsible for the executive recruitment function at Colin Baenziger & Associates (CB&A).  Over the years, he has worked with a number of cities on recruitments and on management, operational and organizational issues.  In his efforts, he focuses on the positive and on satisfying the client’s needs.  As a former manager and as someone who actively consults with governments in Florida, he understands what it takes to do the manager’s job and to do it effectively.  He also understands the complexities and stresses the every manager lives under.

Starting his executive recruiting business from scratch in 1998 in Florida, CB&A is now a nationally recognized local government recruiting firm.  Some of his firm’s more recent searches in the Pacific Northwest are the following:

His firm also recently completed the search for the Borough Manager of Matanuska-Susitna Borough, Alaska. 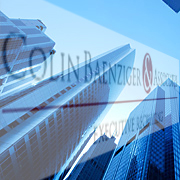 Mr. Baenziger has a Master’s Degree with Distinction in Public Administration from Cornell University’s Graduate School of Management and a Bachelor of Arts degree from Carleton College.  He is active in the International City Management Association as well as the Florida and Utah Chapters.  He has worked for the District of Columbia in its water and sewer utility and its tax collection department.  He also served as the first Village Manager in Wellington, FL, as a Peace Corps Volunteer in Sierra Leone, West Africa and as an economist for the Justice Department during its antitrust case against IBM in the mid-1970s.

Colin has two children.  The younger, Ian, is presently attending Brigham Young University and studying computer science.  The older, Sean, has a B.S. in psychology from BYU and an MSW from the University of Utah.  He currently works as a firefighter in North Port, FL, as a marriage and family counselor and a research assistant for CB&A.  Colin’s hobbies include exercise, reading, scuba diving and growing orchids.

Give us your funniest or strangest story from a recruitment.

I cannot really think of anything particularly funny or strange that I have gone through as a recruiter.  I have probably blocked all those stories out as they tend not be anything funny at the time.  I will admit, however, that they are often strange.  People always say to me, “I’ll bet you have seen everything and I always respond, “Yes, until the next search.”

Three professional achievements that you are most proud of.

Complete the sentence – before I die I want to…..

I want to return for a visit to Sierra Leone, West Africa, where I was a Peace Corp Volunteer for three years in the early 1970s, visit Costa Rica and dive the Great Barrier Reef in Australia.

Three tips for improving our profiles.

Give us your favorite interview questions:

If I gave you those, I would be giving away trade secrets.  Seriously, I like the following:

“Tell me what your biggest weaknesses are?”  It is a stock question that most people are ready for.  The answers I hear most are:

My follow-up question is then, “How is that a weakness?”  I often add, “As an employer, I like people who work really hard.”  Or, “I should want you to be happy about people who do not care about their jobs?”  And so on.  The moral of the story is if you are going to give self-serving answers, be ready for the follow-up.  Better yet, when you give a weakness, do it in a way that shows why it really is a weakness.

“Give me six adjectives or phrases that describe yourself.”  That tells me how you see yourself.  We also ask your references the same question and it is interesting to see if there is alignment.

“Tell me what you see as the major drawback of accepting this position.”  A thoughtful candidate will have given some consideration to both the good and not so good aspects of the job and have an answer.

ELGL is hosting its first annual conference next October in Portland. Help our planning committee by giving three recommendations for relevant topics and/or speakers.

What the longest resume (by number of pages) that you have seen?

It was at least 16 pages.  I stopped reading after 5 and counting after 16.  I believe a resume should never exceed four pages.  If you having trouble getting down to that, you probably cannot prioritize and need to attend my seminar on marketing yourself.

Is government adequately prepared for the mass retirements expected in the coming years?

Some organizations are.  Most are not.  The key is to have a succession plan but I do not see many agencies that do or have taken it seriously.

What are two reasons that our members should consider using your firm for recruitments? Two deliverables that we can’t receive from handling a recruitment internally.

First, you can do everything my firm does.  It does, however, take time, expertise and resources to do it properly and most cities and counties lack one or more of those.  You all have full time jobs doing other things and recruiting properly for city managers and department heads takes quite a bit of time.  I compare it to building an addition to your home.  You can get a do-it-yourself book at the library and build the addition but it will probably take you at least twice as long and you will probably make more than a few mistakes (hopefully none that are serious).  A few years ago, we did a survey comparing how long it took us on average to complete a City Manager with how long it took the average city to do it internally.  Our average was 88 days.  The average for a City doing it internally was 8 months.

We think what separates us from the cities doing internal requirements and from our competition is:

Candidate Background Investigations.  We do all of the following before we propose the candidates we believe should be finalists for a job.

References.  In any search, we tell the candidate with whom we wish to speak.  In a City Manager Search, for example, these include current and former elected officials, the municipal attorney, the external auditor, staff members, peers, news media representatives, the director of the local chamber of commerce, community activists, and others who know the candidate. Typically we reach eight to ten people and prepare a written summary of each conversation. 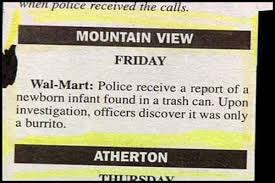 Search the Internet and Newspaper Archives.   Virtually every local newspaper has an archive that provides stories about perspective candidates, the issues they have dealt with, how they resolved them and the results.  These articles also provide insight into the candidate’s relationship with the public and the elected officials.  Of course, not all news sources are unbiased and we consider that in our evaluation.

We firmly believe that all background work we have outlined above should be completed early in the process and on the top six to twelve candidates.  The client then knows that the individuals it reviews and selects from are all top performers.  They also do not have anything embarrassing in their pasts that might come to light after selection.

Who will Yakima use to find new city manager?