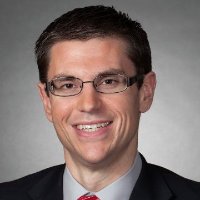 My path to finding local government begins with a word of thanks to my family, friends and loved ones; they built me up with encouragement (and continue to do so!) and others worked hard to make life better for me before I was even born.

My dad’s side of the family maintained about a 300 year streak of generations of farmers…first venturing from France, and then to New France (now Quebec, Canada) and then to what became the state of Michigan, where I was raised. Farmers are hardworking, fiercely independent, and notoriously cheap. I really am proud of my farm background. My “happy place” is to be on a tractor in the sun cutting hay.

Much of my mother’s side of the family emigrated from Poland for economic opportunities in the United States. Both of my parents worked in prisons most of the time I was at home. My dad was a chaplain and my mother worked in a psychiatric unit.

I’m convinced that a bad day in local government is far better than the best of days my parents experienced working behind bars!

I raised cattle and cash crops for a bit after high school and during my early years in college. I knew that the farm life wasn’t going to be my vocational path, but rather a recreational path. I still enjoy working cows more than a normal person should.

I had my mind set on becoming a teacher. I figured that I could hobby farm when school was out in the summer. I was placed in a second grade classroom for the warm-up before my semester of student teaching (I was a college junior) and I jokingly tell people that it broke my will to live. I just really in my heart of hearts knew that was not where my passion was.

One of my neighbors, Dan First, was a dairy farmer that I worked for throughout high school. He was on our township board and was respected in the area. We used to talk about issues in our little rural community and I found it engaging. Zoning and land use planning was an especially sensitive topic. One late spring evening while working at the First Farm I couldn’t navigate a tractor to feed cows because so many people had come out to a public hearing about zoning. The overflow parking had spilled to the gravel alley on the farm which was right next to the little one room township hall. That’s when I realized that local government really matters.

Dan had planned on becoming a teacher and had the same experience in the classroom as I did—his heart wasn’t in it. He instead pursued his passion for agriculture and became a respected local government leader. He jokingly told me that I wasn’t good looking enough to be an actor and too honest to be an attorney, so I should become a city manager.

I earned an MPA at the University of North Texas where I took classes from Dr. Bob Bland, who literally “wrote the book” on municipal budgeting and financial management that many MPA programs use across the country. For me, moving to Texas was a bit like Joshua entering the Promised Land. It was a brand new start after what seemed like a time of being lost in the desert.

I started out as an unpaid volunteer in the Budget Office in Denton, Texas because I didn’t have a car and that was the only place I could walk to and fulfill the internship requirement for my degree.

I was able to secure a paid internship through a Texas City Management Association grant after a few months of volunteering. I traded the last cow I owned for my first car, an 18 year old Chevy Lumina shortly before I graduated from UNT. (True story)

My first full time professional position was in the Budget Office in Sugar Land, Texas. Sugar Land’s City Manager Allen Bogard took an interest in me and gave me many opportunities in 6 years with the organization. In fact, I met my wife Cori at a Texas City Management Association Conference where Mr. Bogard helped arrange a first meeting. We’re now 3 kids later and the final chapter in the series, a baby boy, is due in July.

There are many other people who I appreciate and owe a debt of gratitude for their investment of time in my professional life: