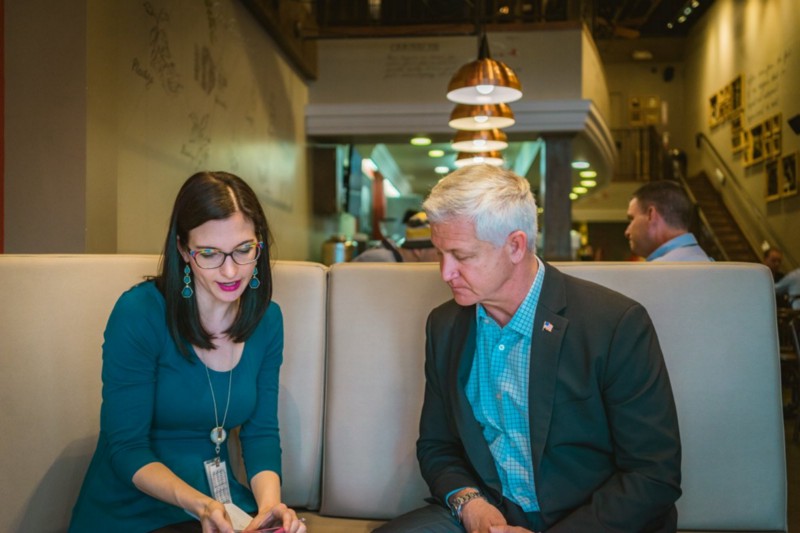 Jennifer Davies is the Public Information Officer/Social Media Manager for the City of Las Vegas, Nevada. She won the Traeger Award in 2016 and 2017. Her article – We Want Our Own Facebook Page! – was one of the top 10 most viewed articles on ELGL.org in 2017.

Getting elected officials to buy in on social media can be an interesting process. Some see the value right away and want to do more. Others are more hesitant and want to really think through their strategy before you start anything. If you’re trying to get your elected officials on board, here some points that will help when you’re pitching the idea.

Controlling Their Own Message

Elected officials HATE being misquoted in stories. They also hate when they don’t get the coverage they feel they deserve on an issue. Thanks to the power of social media, they can not only get in front of issues but also share their own coverage about what happened at an event or public meeting. Sometimes, the media will even pick up on this and share it or include it in their own roundup of what happened by embedding their post.

Some will express worry about what to put out there; calm their fears with regular trainings and planning sessions where you can help them sort through their calendar and upcoming events to make sure they’re comfortable with what they are posting.

Not Having To Be In 10 Places At Once

Elected officials get invited to tons of events. Depending on their schedules and energy level, it can be a lot to try and keep up. Social media can help fill that gap. Can’t make it to a ribbon cutting? Do a post on your social media accounts to send support to the organization. Can’t make a fundraiser or other celebration? Give a social media shout out. Want to put out a statement? Sometimes a quick tweet can even replace a traditional press conference. Social media can help them be available without having to physically be everywhere.

Helping Residents Get To Know Them

Some elected officials have no problem being personal. Others have a harder time and like to keep their political and personal lives more separate. The reality is, people have to like you and feel like they know you if you want them to vote for you. Social media gives you a place to a share a few photos of your family and pets that constituents love and doesn’t seem so intrusive.

Getting Ahead of Issues

Good social media monitoring can help them stay a few steps ahead of issues. Maybe a petition is circulating around the internet or residents are fired up about something in their neighborhood. A good social media tool can help them stay on top of chatter. Keeping an eye on tweets by key media outlets and journalists can also help give you an idea if an issue is getting traction or if journalists are working on a story because they’ll often reach out to sources on Twitter.

Thanks to trending hashtags on Twitter, a simple event or thought can suddenly go viral and potentially even result in positive traditional media coverage. Elected officials are always trying to get their name out there. If their posts are picked up in a media round up on a simple food holiday or popular sporting event, that’s a home run for them in terms of extra exposure. Events or initiatives may not always make the local news despite our best efforts but as soon as they put it on social media, there is something about it that becomes more newsworthy. They also all have issues that are near and dear to their hearts; social media is a great place for them to get the word out. Do your research on their interests, affiliations and boards so you can offer some tailored organizations that are on Twitter, for example, when you meet with them.