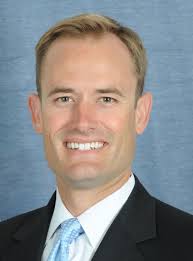 Hold onto your seats…. the award-winning GovLove podcast has booked a few special guests for October.

Coast to Coast: Open Data and Innovation with Brendan Babb and Sam Edelstein

Two Traeger Award winners Brendan Babb and Sam Edelstein discuss the challenges and successes of building a more data-driven, innovative government. Sam crunched the numbers and reports that driving from Syracuse to Anchorage would take 70 hours and 4,253 miles. As good stewards of the environment, we decided to record the conversation via a phone conversation.
Brendan (LinkedIn & Twitter) is the Chief Innovation Officer in Anchorage, AK. Brendan served as co-Captain for Code For Anchorage, a volunteer organization dedicated to improving community engagement through technology. He owns three computer chip design patents and has filed a patent for the Mars Rover imaging program.
He received a Bachelor of Science and a Master of Science in mathematics from the University of Oregon State. He worked as a programmer for BP, a programmer analyst for GCI and senior analyst & programmer for PangoMedia Inc..  
Supplemental Reading

Sam (LinkedIn & Twitter) is the Chief Data Officer for the City of Syracuse, NY. He is responsible for helping the city use data more effectively to make decisions. This includes training, consulting with departments, building tolls to collect and analyze data, and releasing data to the public.

Innovation in the LBC with Johh Keisler, City of Long Beach City, California

Connect: LinkedIn & Twitter
John Keisler is the Director of Economic and Property Development for the City of Long Beach, California. His career began with the city in 2005 as a management assistant. John has served as the city’s Innovation Team (iTeam) director since 2005, helping launch BizPort, the city’s business portal website, to make it easier for businesses and investors to quickly start and grow a business, city officials said in a statement. He previously worked as chief financial officer for the Long Beach Police Department (LBPD), business operations manager for the city’s Department of Parks, Recreation and Marine, and manager of Animal Care Services.
Special thanks to Madison Thesing, City of Hillsboro, Oregon, for coordinating this interview.