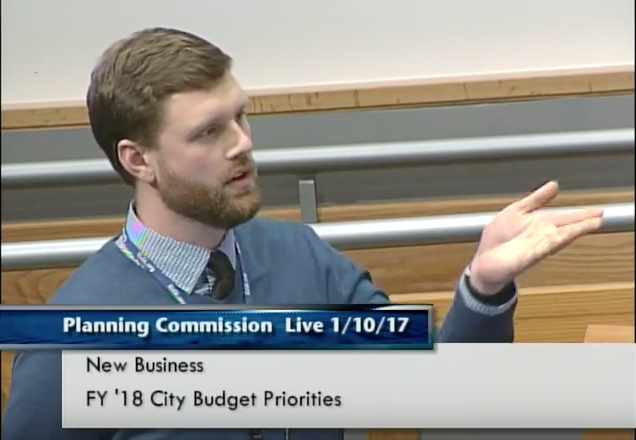 This week we’re brought to you by Martin Luther King Jr. Day the day where we celebrate the life and legacy of a man who strove to hold us to our highest ideals. Don’t get it twisted, if you hear someone refer to “Great Americans Day” they mean MLK day, because it’s his day and no one else’s. (Skip ahead to the Tweet of the Week if you don’t know what I’m talking about.)

Okay, let me get on my soapbox real quick before I dive into why I think this article is interesting. I truly believe that sports are a great way to learn life skills, things like perseverance, teamwork, dealing with adversity, thinking on your feet, I could keep going. This belief is why I coached football in graduate school and why I volunteer to coach a youth basketball team now.

This article is a fascinating behind the scenes look at how bad habits and cutting corners can undermine an organization. The author talked with players (off the record, so take it with grain of salt) about how the Oregon football program, one of the preeminent programs in the nation, crumbled from within. There’s a great quote from Steve Greatwood, a longtime offensive line coach that really sums it up:

“I’d relay what happened just as there’s a term, ‘broken windows,'” said Steve Greatwood, who coached for 25 seasons at UO over two stints, most recently overseeing the offensive line. “If there’s an abandoned factory it can stand untouched for weeks, maybe months, years, unscathed. But as soon as someone throws a rock through the first window, it doesn’t take long for all the windows to be broken out.”

To bring this back to local government, that’s exactly how we should think about our organization’s cultures. If we aren’t vigilant to hold ourselves and our colleagues to a high standard then over time those small cracks become big ones. It takes strong leadership and, to paraphrase Ron Holifield’s GovLove interview, it takes constantly talking about it and making that standard part of everything you do.

This article takes a look at a new report called “Dangerous by Design 2016” from the National Complete Streets Coalition, who’s conclusions basically show that “pedestrians in the United States have a higher risk of being killed by cars if they’re people of color, aged 65 or older, uninsured, or from a low-income household.”

This is an important part of the conversation around infrastructure and equity in our cities. To me the underlying problem here is segregation, the groups identified are more likely to live in these areas that are dangerous to pedestrians. This shows two things that cities need to think through and grapple with: 1) How do we make ALL of our neighborhoods and streets safe for pedestrians; and 2) How do we break down the invisible (or visible) barriers that segregate our cities.

Obama’s DOJ Got Aggressive On Civil Rights And Police Abuse. Now Trump Could Roll It All Back. – Huffington Post

So the title on this one is pretty self explanatory but there’s a specific issue that I am passionate about that has been the focus of President Obama’s Justice Department and could go away under the next administration, police accountability. The Justice Department handles a lot of important civil rights laws and protects our most vulnerable citizens, but I think it’s fair to say that in recent years it has turned its gaze toward police departments, especially around issues of bias and use of force. From the report on Ferguson, MO to the recent report on the Chicago PD, the Obama DOJ has forced us to take a hard look at policing and protecting the rights of all our citizens. I think that’s a good thing and I think cities should hold ourselves to that standard even if the DOJ no longer does.

Music: I’ve been listening to Migos almost non-stop this week. I had heard of them but only became a fan with their appearance on Atlanta (the TV show, which if you haven’t watched you should) and then this music video dropped this week. Just hit play and then if you like it, look up Bad and Boujee.

Podcast: Pod Save America this is a great podcast by several ex-Obama staffers. This podcast is worth hitting the subscribe button on, they talk to politicians, journalists and staffers about current events and more. They will be a must listen over the next four years.

I believe in local government communications and I think cities and counties should use social media, especially Twitter, to connect with their residents, so I don’t want to just bash on a city’s Tweet just to bash on a Tweet, but this one from the City of Biloxi, MS deserves a little extra scrutiny. To let people know the city would be closed on Monday they sent out this….

The account went on to defend this by saying “the city did not name this holiday” but come on man. Monday is MARTIN LUTHER KING JR. DAY, not a random holiday bestowed by the ghost of confederate generals, it’s to celebrate a man who fought for equal rights and held our country to its founding ideals.

I also think a rant on this is well deserved because, as local government workers and (especially) as communicators, you have to keep the historical perspective of your city in mind. Just spit-balling here, but it might come across as a little offensive to have a city from the deep south ignore the only federal holiday celebrating an African-American, let alone a man that fought to put an end the Jim Crow south. Sorry, but not sorry, to the Biloxi PIO. You deserve all the mentions and emails that are headed your way, just apologize, recognize the holiday for what it is and move on.

Update at 9:53 am ET: Looks like twitter shaming works, after all the pushback the City of a Biloxi deleted its tweet and the Mayor released this statement saying they should look at that ordinance and make some changes. Bravo!

As Seen on TV

No big deal but I made by public access television debut this week. As part of the budget process at Durham we’re working to get some community input on the budget. So we created a short budget priorities exercise and this week I presented it to the Durham Planning Commission. This is how it went…

I will say I learned some things that I would improve upon, I changed up the presentation and learned that you should always request to change the agenda to speak earlier because then there’s hope that you won’t have to speak at the 1 hour 55 minute mark into a meeting. But overall I thought it went well and I got to answer a bunch of questions on camera so that was fun.

It went public this week that the City of Durham was chosen for the Bloomberg Philanthropies I-Team Program. I’m super pumped to see what this will mean for Durham and stick my nose in any way I can. This is a program to “help cities with existing innovation capacity expand their efforts to deliver better results for residents.” Should be fun and it’s always good to be on a list of cities with Toronto, Austin and Minneapolis.

Shout out to my colleague Josh Edwards (LinkedIn | Twitter | GovLove) for all the work he and his team put in to apply for this and make it happen.