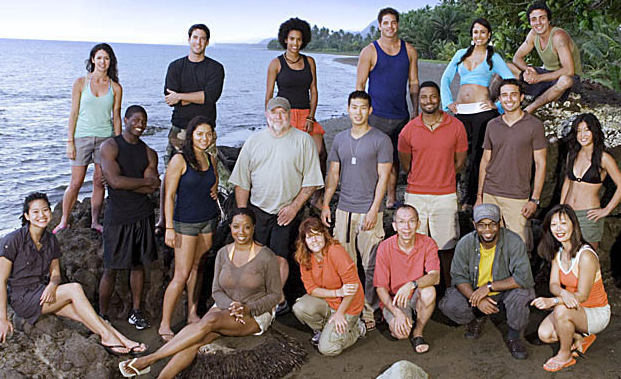 Maybe it’s just us.  It’s possible that my colleagues and I are just magnets for crazy.  But I’m guessing that if you’ve ever been on a job hunt in local government, you’ve also been placed in some situations that are eerily, uncomfortably, maybe even comically, similar to reality television shows.

Let’s take this scenario. You make it through the first, second, and possibly even a third round, and then you’re told, “It’s between you and one other candidate.”  Okay, I understand being in the position of having two excellent candidates.  That’s a great problem to have.  But for the interviewees, this feels a whole lot like being the last two people left at the end of The Bachelor/Bachelorette.  You know that the organization (supposedly) loves both of you.  They keep telling you how great you are, what awesome skills and experience you have, you’re such a good fit with the staff and the community, but they just can’t decide which one of you they love more. We all know how this ends.  One of you gets a final rose and a marriage proposal (I mean, job offer), and the other one goes home crying in the limousine.  (If you’re the one in the limo, experience has shown that it’s best not to rant or go all sour grapes.  Just accept it and try not to blow your nose on camera.)

Everyone wants to feel like they are “the one.”  Going into a new job with the knowledge that the selection committee was divided is a less than optimal situation.  You want to make the candidate feel that the decision to hire them was unanimous, so get your hiring committee to a place where it is unanimous, or to a place where everyone solidly agrees on supporting the decision.  If you have two great candidates, and you can’t decide between them, keep this information internal, pose questions that will help differentiate them, and then be decisive about your choice.

Here’s a heads up for the second scenario: If someone says to you, “The tribe has spoken, bring your torch,” that’s a bad thing.  You interview with a group of department heads or Council members, and they take turns discussing your appealing and unappealing characteristics.  Then, while you are still in their presence, they vote on whether they like you.  This is one of the most cringe-worthy situations I can imagine, especially when the candidate is given an opportunity to challenge the reasons for “dislike.” Even worse is when candidates are pitted against each other in the same room, competing for the attention of the hiring entity, and encouraged to dominate their competitors.  Some people may enjoy this; even thrive on it.  Personally, I don’t have an inner gladiator.  This just makes me think of that Daniel Franzese quote: “You either like me or you don’t.  It took me twenty-something years to learn how to love myself.  I don’t have that kinda time to convince somebody else.”

In the third scenario, you’re dragged through a long series of increasingly challenging tests of your knowledge and abilities. Indeed, this is very similar to getting all glammed up with wild makeup and glittery leotards over and over while sweating through routines you’ve never done before in your life.  That’s right, you’re on Dancing with the Stars!  The application requirements are your resume, cover letter, five references, salary history, three samples of your writing, a copy of a budget you managed, and any news clippings that include your name. After two phone interviews, a personality test, and a two hour Skype interview, you receive this email: “Thank you for submitting your six-page essay on the theory of service delivery, and completing the online mathematics exam.  We would now like for you to visit our city and spend two days here play acting with actual employees so that we can observe your communication skills.  If you make it beyond this evaluation, you will then be interviewed to determine your chemistry with the Council.”

This is the point where you realize you’re going to have to do a really fast and perfect samba to a warp speed version of Missy Elliott’s “Work It”, as well as a flying lift at the end, delivered with true passion and raw emotion, in order to earn a “10” from Len Goodman and win the mirror ball.

A fourth scenario involves duplicitous behavior, lack of transparency, high drama, and lewd and inappropriate comments.  It will be difficult for you to ascertain as to whether you’re in a job interview, or the last season of Southern Charm.  In this episode, the hiring body asks about your spouse and children, comments on your hairstyle and clothing, calls your current subordinates to “get the dirt” on you, refuses to provide the names of the top three candidates to the media (resulting in speculation and criticism from local newspapers and citizens), and before a candidate is selected, announces in a public meeting “we don’t need any outsiders running this place,” followed by two elected officials threatening each other with bodily harm.  Oh, and lots and lots of profanity.  (This could also be Real Housewives of (insert name).

While we’re on the topic, let’s talk about some ways that you can be nice to your potential future employees.

I’m not saying that there shouldn’t be a rigorous and thorough interview process.  Filling positions is one of our

most important tasks, and it’s a decision that has long term and significant impact.  It’s critical to spend time identifying the strengths and weaknesses of candidates, and determining their compatibility with an organization. However, it can, and should be, a reasonable, pleasant, and dignified experience.

Smart candidates will interview you as much as you interview them.  They will pay attention to how respectful and flexible you are, whether or not you value their time, your professionalism, and how quickly and efficiently you make decisions.  The way you treat potential employees speaks volumes about you and your organization, and shapes your reputation.

Speaking to you job hunters: Stephen Chbosky told us in The Perks of Being a Wildflower, “We accept the love we think we deserve.”  We also accept the job we think we deserve.  While we do have the problem of sustenance, we must stay true to ourselves.  If you find yourself in an interview that too closely resembles reality TV, keep in mind that it doesn’t have to be your reality.  You can walk off the set anytime.

Have you had an atypical, bizarre, or psychologically scarring interview experience?  Let me hear about it, so that I know it isn’t just us.  Send to plateye (at) gmail.com