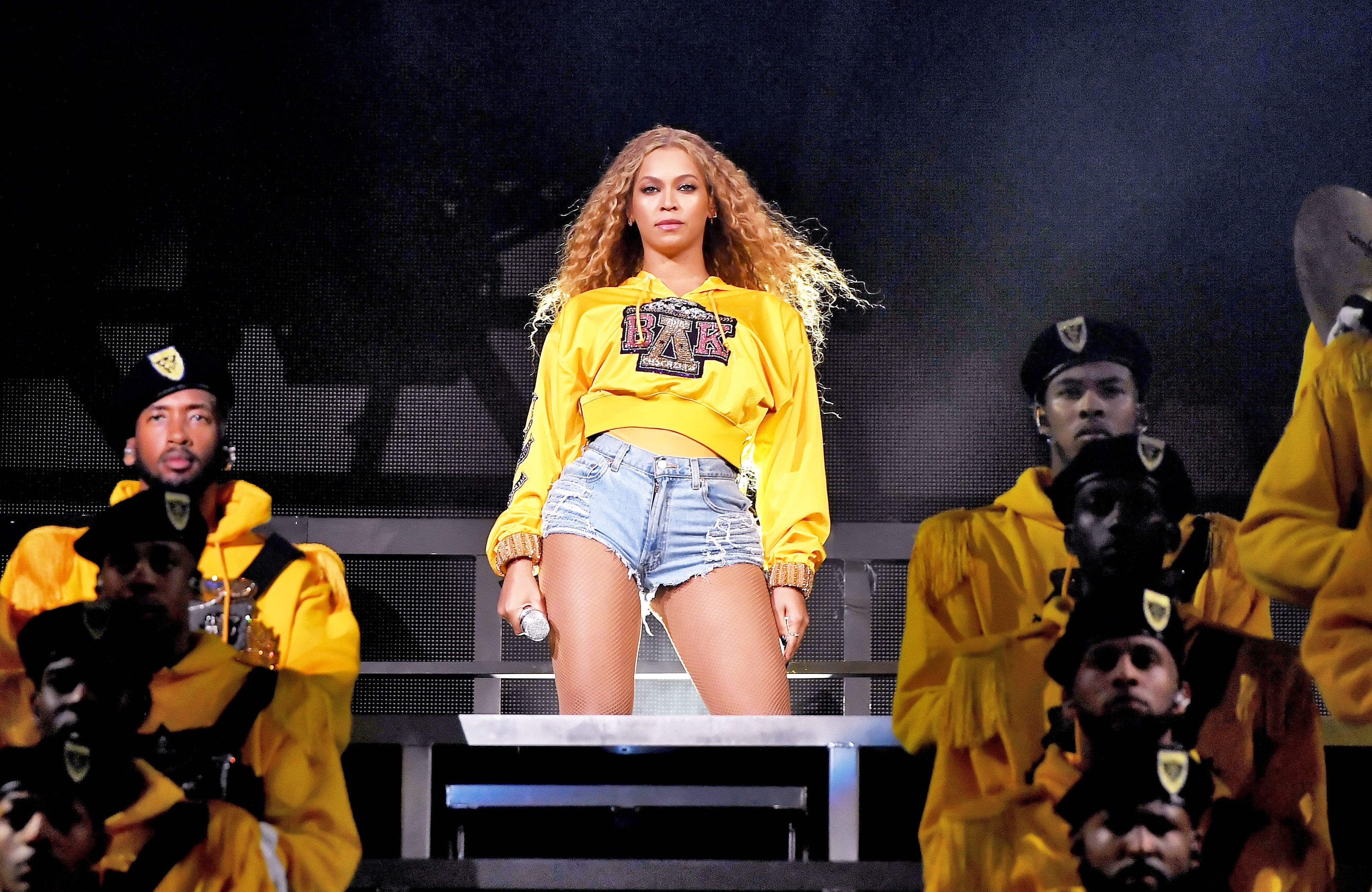 What I’m Watching: Season 2 of Big Little Lies. How is Meryl Streep a real person?

What I’m Listening To: A very aggressive rainforest bird of some sort on the Spotify Nature Sounds focus playlist

What I’m Reading: Just finished Leaving the Witness by Amber Scorah and you should stop what you’re doing and read it RIGHT NOW.

I have a secret.

Sometimes my favorite thing to do on Sunday mornings, before everyone is up–before Church and laundry and attempting to batch cook some sort of gruel in my instant pot to eat all week so I don’t earn a Postmates VIP award–while I’m still in my pajama-joggers quietly attempting to make pour over coffee with my partner’s fancy coffee stuff… my favorite thing to do, the thing I’m doing right now as we speak…

Is to stare at a map of California Legislative Districts in one Chrome tab and look at Trulia on another tab.

Before I elaborate, let me back up to a place I visited last week.

The main thoroughfare of Show Low, Arizona is “Deuce of Clubs” Drive. Legend has it that the two founders of the town got into an argument as to which one could lay rightful claim and so, as men are wont to do, settled it via poker game. The climax of this scene is apparently when one gentleman told the other gentleman to “show low”, at which point a Deuce of Clubs was laid on the table and the feud was settled.

As I was navigating to my meeting in Show Low, Google Maps informed me that there was a statue in a town square called “How Show Low got its name” and so Dominic Toretto style I pulled a “skrrr skrrr” and saw it for myself. 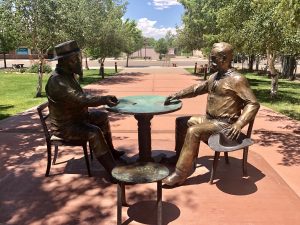 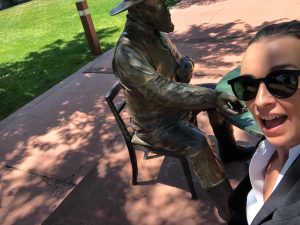 I spent two hours in Show Low with leaders of the Navajo County Health Department—some of the most innovative, courageous and welcoming public servants I’ve ever worked with. Their county faces every plague—social, economic, infectious—you can think of and yet they navigate their public responsibility with grace and good humor, always speaking truth to power.

Side note: you can see the beautiful data story they built HERE and learn more about our journey together HERE

After a 5 dollar lunch in a strip mall Mexican joint where the very experienced waitress held our hands as we ordered, we took the 3 hour drive pack to Phoenix through pine trees and canyons and rivers and then cacti.

Cranes dot the sky in Phoenix, where every three blocks it seems another modern behemoth of a condo building is going up with names like “Inspiration” or “Edge”. The fight to provide the most insane amenities is on—“Dog Spa!” “Peloton Bikes!” “Eucalyptus Sauna!”. And if there’s one thing I love, it’s people fighting for my business with amenities. My Sonder apartment had tiny succulents on the door and even tinier olive oil bottles on the counter. 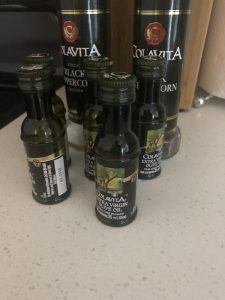 It’s always a little bit of emotional whiplash to go from a place like Show Low to a place like Phoenix in the span of one day. So maybe I was already a little sensitive from a day of traveling, but I started to notice something when we would tell people we had been out to Show Low.

We got side eye. We got snarky comments. We got judgment and an undercurrent of eyebrow raises. We got “oof I bet you’re glad to be out of there right?”

All of a sudden I found myself defending this place I had spent 2 hours in as if I was raised there… like the way my teenage daughter “claims” Oakland just because the hospital she happened to be born in is in the city limits. I started to feel something I couldn’t place right away–a tightening of the stomach, a tingling in the hands like you might want to fight someone. It wasn’t until later it dawned on me:

In the way some Phoenicians (yup, that’s what they are called) talk about Show Low-ans (made that one up, not sure if it’s right), I saw the very same mixture of judgment and fear I see when people from Los Angeles talk about my hometown of Bakersfield (unlovingly referred to as the “armpit of California”… which isn’t even geographically accurate). They judged because it’s a smaller, “less exciting” place and feared that someone will find out they used to live there–or somewhere like it–too.

When you come from a place like I do, you likely fight to leave. We scatter and stake our claim in the bigger places. We make good things happen and then we never go back. We might swoop in for a holiday or a high school reunion, but we enjoy the quaint feeling of being from there and not currently there. This allows us the double-win of currently living in a place that makes people jealous and being from a place that shows how humble and “real” you are. It makes for good conversation at fancy dinner parties with interesting people while we wear our cool-person leather jackets. 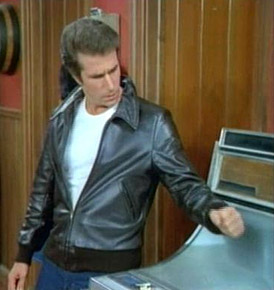 I always loved the parable of the Prodigal Son. I’m not a theologian or anything, but for most of my life I identified with the guy who leaves, gets wild, makes mistakes, then comes home to fanfare and a parade. One Sunday a few years ago, I thought about the other son who stayed and did everything right. How resentful would THAT guy be?!?! Were the people who stayed and made my hometown better just super bitter all the time because the parable wasn’t called “The Dutiful Son”? 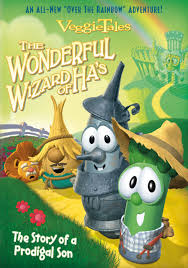 At a very sleek and very hip bar in Phoenix, I thought about Bakersfield. I thought about the Central Valley of California and all the almonds it takes to make a carton of almond milk.

I thought about the super sweet smell of the edge of town–where subdivisions ended and alfalfa fields began. I thought of the first Mike’s Hard Lemonade I drank out by a reservoir, surrounded by music coming out of cars by bands who lived in cities we wanted to escape to. I thought about Menudo (the soup not the band) on Sundays. I thought about the commercial jingles you can sing word for word decades later, known only to the people who lived where you lived. I thought about how you can judge how “Bakersfield” someone is by whether they know only the short version of the Carpet Outlet Plus jingle or can harmonize the extended cut.

I thought about my current city’s recent local election and the people I served with in government who came home to stay. I thought about the envy I felt watching people say “I am from here, I left, but I came back”. Did the Dutiful Son feel empty because he didn’t get to see the world? I got to see a lot of world. I have been blessed with some world-seeing. All I ever wanted to do was leave.

Which brings me back to the quiet of this Sunday morning, cross-tabulating districts I might be able to win with homes I’d want to live in. Today I will speak into the world the thing that I’ve been scared to say… that I just want to go home one day. I want to be from somewhere. I want to serve in a place where I choose, but also a place that kind of chose me.

To the kids of Show Low. To the kids of Bakersfield. I know we got out. I know there might be some pain back there in the rear view mirror. But what if we stopped and imagined a homecoming where people held us and loved us not because we did everything right, but because we ran away, fell in love with other places and things and maybe said some really mean things about the place that raised us but chose to come back anyway.

Maybe I’ll see you at Target, humming the jingle to the old bus commercial I was in… it’s been too long. I missed you.

Wanna tell me about YOUR hometown? hmu on Twitter and link to your favorite local jingle.