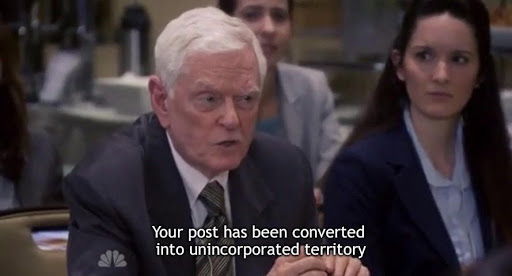 In my career, I have had the privilege of working for a city, a county, and even the dreaded “unincorporated territory” known as a Township.

My past roles have had me serve a city of approximately 16,000, work as Senior Policy Manager in an urban county of over 800,000, and I now serve as the Assistant Administrator for a township of nearly 60,000 residents. While each of these roles has come with its own set of unique challenges and circumstances, I have found that the biggest difference lies in the small move up the local totem pole from a city/township to a county. For sake of ease, my reference to “cities” will encompass all types of municipalities (villages, towns, townships, cities).

Throughout my tenure at these organizations, I have noticed a few key distinctions between cities and counties such as control, resident interaction, and diversity of operations. While these are not the only differences between the two types of government, I hope that these provide a taste of the complexities found in each role. 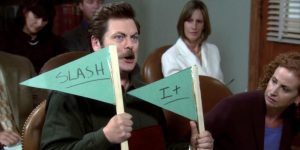 If you ask a resident if they feel more connected to their city or county, most will tell you that they feel more connected to their city. I think part of this stems from the fact that the local elected body is typically in tune with each and every neighborhood, whereas a county wide elected official has to be more in tune with each city. For me, in a County Administration Department role, I almost never received unsolicited feedback from residents on issues. In my current role with a Township, I have daily interactions with residents who need assistance or that have questions. In fact, there have been numerous occasions where residents come to the Township to request county service.

At times you can feel disconnected from residents while working at a county level. You have to work much harder to get feedback and engagement from residents that is representative of your entire county. To be honest, most of us get into this field so we can make a difference, and while not all resident interaction is positive, you certainly get a lot more at the city level that helps you to quickly recognize and realize if you are making the right kind of impact. 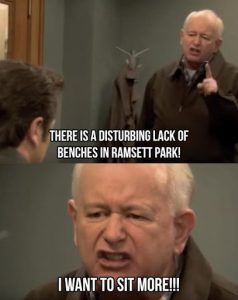 Counties are typically set up to have a number of different independent elected officials. These independent electeds are responsible to the voters and have direct control over their operations. For example, in Ohio there are elected Sheriffs, Judges, Coroners, etc. that all are independent of the County Commissioners. While the Commissioners set the budget, it is up to each office to stay within that budget and to spend the dollars how they deem fit. It is difficult to create a unified vision across all electeds, as party lines may dictate an approach to a hot issue.

All of our jobs are complex, however with counties, there is an additional layer of informal hierarchy that you must navigate to get things accomplished. For example, a meeting with an independent elected may not be all that it takes to get a project or proposal approved. Often times, you would need to discover who their department’s informal decision maker was and also convince them of the need. While this may be readily apparent in departments that have a chief of staff or similar title, there were a number of times that I would find the need to pitch an idea to someone else that was the unofficial “gatekeeper.” This additional level of negotiation was a challenge at times, especially when there was a need to convince an independent staff of the need for a program, cut, or new practice.

For cities, control is typically unified and centralized to a City Manager/Administrator or singular elected body. This group allows the organization to buy into a set of organization wide goals and to be nimble in the approach to solutions. While you do still have to negotiate with staff on the roll out of a new idea, the negotiation is easier to implement because the program or idea is usually fully supported all the way to the top of the food chain (the elected council). Thanks to this nimbleness, making large changes or (dare I say) budget cuts, is typically an easier process at the city level.

Every one of our communities is different and on any given day we will likely have a new problem pop up that we were not expecting to address on that day. While this is true for both cities and counties, with a city the unexpected problems are more likely to be tied police, fire, parks, roads, or planning & development.

Counties on the other hand, are responsible for a broad array of issues. Also, counties are typically arms of the state and therefore differ by state in terms of what they must respond to. While I worked at a county, I never knew what odd issue might pop up that day. For example, I might walk in and be presented with an apiary with sick bees, jail overcrowding, or a need for additional case workers. You never really knew what might percolate.

So, the next time that you have to work with your local county or city, I hope that you will now have some addition insight into the inherent complexities of each organization. While something may seem simple for a county to execute, it may take a lot of political capital and working an informal network. On the flipside, if you are asking something of a city, there are likely a number of local voices that need to be taken into consideration. In conclusion, while cities and counties vary in role and responsibility, the important thing for us all to remember is: It’s all local and it all matters.