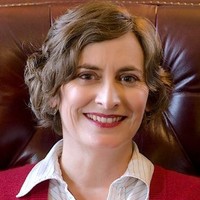 In this series, guest columnists respond to one of three questions from ELGL co-founder Kent Wyatt. This week, Noor Shaikh, City of Dallas, Texas, Manager III – Capital, Office of Budget, writes how local government can do a better job of retaining employees.

If you have been paying attention over the past few years you know that the US economy is doing well and that the job market doesn’t get much better than this. We have added jobs for 106 consecutive months and the unemployment rate dropped to a fifty year low earlier this year. Out of every 100 people who want to work, more than 96 have jobs. Job openings exceeded the number of unemployed Americans by 1.2 million in July, the 17th straight month of job openings outnumbering job seekers.

Employers who are desperate to fill positions may be loosening standards for new hires while workers looking for a new job may now have the option to pick between several opportunities. This translates – without much nuance – to it being a solid time to search for a new gig! If you don’t already work for a local government, this means you get to update your resume and come join us!!!

This run towards greener pastures might great for job seekers, but it does mean that local governments (LGs from here on) now have to worry about an increasing amount of people leaving for other opportunities ON TOP OF what Ned Stark warned us about all those seasons ago: “the silver tsunami is coming” 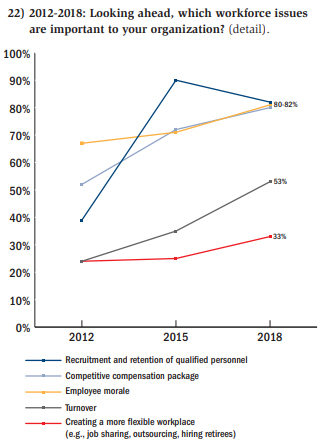 It seems like most LGs already knew this was a problem. In 2019, the Center for State & Local Government Excellence’s annual workforce survey found that:

To me, all three – retention and recruitment, compensation and morale – should be a part of a comprehensive ‘let keep ‘em’ plan. I would very likely leave a great paying job if the organization had a toxic culture and morale was low. I would be equally like to leave a job if morale was high, but I felt cheated knowing I was paid less than my peers elsewhere.

As I read through the survey results and article after article about the tight labor market (while making this face), I tried to see if my personal experience fit the narrative being sold. I have worked for three cities in three different states and have found one common factor that speaks volumes about each organization: the amount of people I met with decades of experience with the same organization was/is high. This tells me that these organizations are doing something right. LGs – for those wanting to put down roots – are the perfect place to be. Your responsibilities can change through the years as your interest, skill level, and expertise grows. Working for a city allows for that. You can jump from cultural services to finance to IT to even construction projects. These opportunities for growth make the relationship between employee and employer one we should invest in. So despite some great reasons to stay, why is it that an increasing number of employees are leaving their jobs?

A quick poll on Twitter (results in the table below) – revealed that among the 56 folks who responded, the most popular reason for leaving a job was a lack of opportunity to grow with the same organization, followed by organization culture mismatch and then ‘other’ where people let me know that they left their last gig for reasons including: unreliable leadership, following a boss to a new organization, and other life priorities like the opportunity to move closer to loved ones. I was very surprised to see that only nine percent of participants left a job because of pay (I thought this might have been reason number one).

Dr. Michael D. Izard-Carroll looked at the impact of high turnover in his dissertation aptly titled “Public Sector Leaders’ Strategies to Improve Employee Retention.” He writes that organizations incur costs from turnover, that institutional knowledge is lost when employees leave, and that social relationships that shape an organization are challenged when these certain individuals leave. The motivation for leaving a gig can range from ‘I hate my commute and lack of public transit options’ to ‘I am allergic to the air here and need to find air elsewhere’- I would actually like to look at this from the organization’s point of view and question if cities are doing enough to keep their employees.

The SLGE surveys revealed that year after year benefits continued to be a key strength for state and local governments, but that more experimentation and changes are needed. I think it’s time that ALL HR folks adopt a (not so) new mantra that benefits are not all monetary – and that sometimes it just takes a lil somethin’ else to convince someone to join your team and then stay on it.

While we can’t compete with the likes of Netflix and their unlimited vacation policy or letting employees set their own pay – we can offer plenty else. I have made a wish list (below) of what I want my ideal employer to offer and want you to take from this as if it were advice from your favorite management consultant. Of note: this list includes incentives and retention strategies already offered and in use some cities:

Let’s get creative with our offers and convince people to join our local gov tribe for the long haul! If your organization offers some cool perks – tell me about them! Tweet @ me @ghostofliteracy!