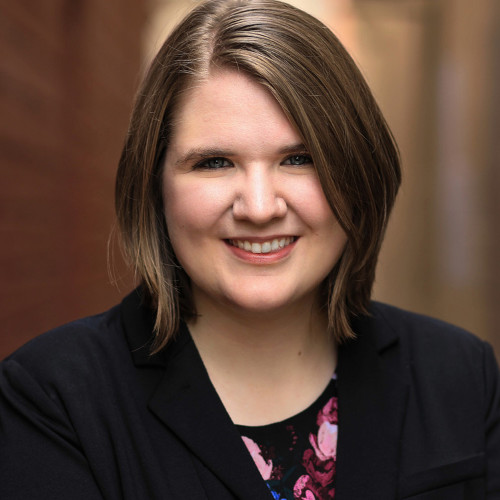 In this series, ELGL Co-Founder Kent Wyatt poses three questions to the guest columnist, and the guest columnist selects one to reflect on. This week, Kathryn Mortensen, Budget and Performance Fellow for the City of Brighton, Colorado, writes about lessons learned from working on a political campaign.

In another life, I was never going to work in local government. I was going to be a campaign manager who travelled the country helping candidate after candidate win elections. Obviously, that is not where my career ended up, but I did have a fantastic experience being an intern for a congressional campaign while in college. I believe that every job teaches lessons, whether you end up sticking with it as a career or going a completely different direction. Surprisingly enough, the lessons can even apply to my local government career.

Lesson One – Send the damn email

I am not typically one for getting things done without first spending a great deal of time researching and overthinking every angle. Sometimes this is a great strength and ensures that I am well prepared before I begin a task. It can also grind my work to a screeching halt. On a campaign, everything has a sense of urgency because your job always has an end date – Election Day. I didn’t have time to read an email for the tenth time before sending it, or to spend a few hours re-thinking a project I was already halfway through. Don’t get me wrong, there is nothing wrong with caring about the details and carefully planning steps, but I can get stuck in the details for days just to settle on the first option anyway. I found more success in just trying something and maybe making a mistake than in over-analyzing out of fear and only accomplishing half of what I could have. In summary, stop overanalyzing and just send the damn email.

Lesson Two – Asking for help is a strength

Another thing that goes along with the fast-paced campaign environment is that you don’t have a lot of time to get up to speed and learn how to do something. With every new project, I got a crash course in what to do and was then sent on my way. Since everything was new to me, I had to ask for help and clarification often. At first I felt like the dumb intern who didn’t know anything. As I continued to watch the other staff do their jobs though, I realized they were constantly asking each other for help too. Even when they knew they could do it on their own, these more seasoned staff members knew that they each had different strengths and asked for help when someone had a different set of experience or skills that could create a better solution. I felt like it was a big disadvantage that I was constantly asking for help, but it was honestly great practice. Local government problems aren’t black and white. Even now, my department director often asks others in the department, including myself, to help her accomplish a task she is fully capable of because she knows the product will be better if we each share our strengths. Asking for help isn’t a sign of weakness, it is a way to share your strengths and come to the best solution.

When I started this internship, the plan was for it to be my start into a career of campaigning. This never happened because I realized it was not what I wanted to do. It took me a long time to accept this though. I felt like I had committed to the career already. I was half-way through my major in political science, and it was my only career plan at that point. I was looking for something I was passionate about, and I knew I loved politics. Eventually I realized that my true motivation in my career was finding a way to make a positive difference in the world. At the time I thought the only way to do that was by running national campaigns where I could point and say, “I got them elected.” Luckily for me, I eventually came to realize that there are better ways to make a difference. Working in local government, we get the chance to truly change our residents daily life for the better, and it is so much more fulfilling for me.