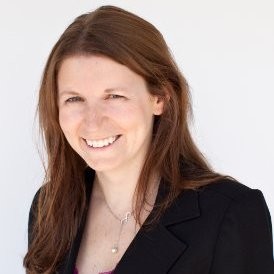 When I saw this question, I thought it is just past Valentine’s Day and this is my chance to write a love letter to local government and I’m taking it!  Here it goes…

I have spent my entire career in local government.  However, I’ve thought about leaving multiple times. I’ve thought about going to a non-profit, a state government or even the private sector.  I’ve wanted to leave because government can be frustrating. It doesn’t easily change or adapt. There are days when the hill to climb to improve how government works seems to big and it would be easier to bail and let it be someone else’s problem.  I’ve wanted to leave because of how people think of government workers. I work hard, I put in extra hours and worked on weekends. I’ve taken work home and answer calls when I’m on vacation (don’t be like me, take your vacation). Yet, too many people seem to think government employees are lazy and work the absolute minimum.   I’ve wanted to leave because sometimes all of the rules and public nature of what we do can be overwhelming.  (I know I said this was going to be a love letter to government.  Don’t worry, I’m getting there.)  However, each time I’ve thought about leaving or pursued leaving (or were pursued), I always end up staying, because I love working in local government.

I didn’t really plan to have this career.  I decided in college that I didn’t want to go to Law School.  Getting my Master’s Degree in Public Administration, seemed like to next best plan for somebody graduating with a bachelor’s degree that majored in Political Science.  But, over the last 13+ years, I’ve fallen for the profession. My office oversees a summer fellowship program every year for students in college or grad school. It’s become a running joke that my entire goal is to convince all the fellows they want to work in local government after they graduate.

The biggest reason I stay in local government is the meaning behind the work.  Every day I go to work with the goal of improving my community for the people that live there.  I don’t always succeed at it, but that’s my goal. That’s not a bad way to spend a day. I say that to people all the time.  And, I feel a little cheesy every time, but it is the truth. These jobs can take long hours and can be aggravating. If I didn’t feel like my goal was to make a difference, I don’t know if I could do it all the time.  Also, it can be fun and exciting to see a project or idea you worked on be put in use by people daily. Local government gives you the chance to see the results of your work up close and personal. That makes the work much more real to me.

While making a difference to my community is important to me, there are still plenty of places I could work outside of local government with the same goal.  So, my second reason is because I find the work interesting. Local governments touch so many different areas of work. In my career, I’ve worked in departments or on projects in: 1) Communications; 2) Budget; 3) Capital Improvements; 4) Fire Department; 5) Municipal Courts; 6) Pre-K schools; 7) Health Department; 8) Airport; 9) Public Records; 10) Procurement; 11) IT and smart cities; and 12) City Manager’s Office.  That’s not a full list, but it gives you an idea of the wide range of opportunities that are available in local government. This career choice has given me the opportunity to keep learning about more fields and topics. That keeps me engaged and interested every day.

Local government organizations can also vary so much across the country.  I have worked in three states, in two cities and a county. While some overarching ideas and structures may stay the same, each have been so different.  Some of this can be attributed to the size and the type of local government (city or county). Some if it is because of how people have chosen to organize themselves around the country.  The laws they have that govern what a city/county can and can’t do vary and I find that all fascinating. It also means there are so many different options for you as you look for the right next step.  If the size, type or style of organization doesn’t fit, you can look for one that does.

Finally, I also stay in local government because I have worked with great and dedicated people.   The more jobs I’ve had, the more I’ve come to realize the people you work for and with can really drive job satisfaction.  Local government doesn’t have a monopoly on dedicated leaders working for the good of the community. However, I’ve had the great fortune to work for wonderful bosses and with amazing teams throughout my career.  Most people don’t get into local government because it’s a high-profile job or a way to make a lot of money. They get into it because they care about their community and the people in it. Working with people like that on interesting work that has meaning kept me in local government for more than a decade and will probably keep me here for much longer.