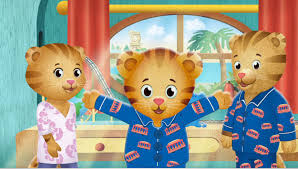 In this series, guest columnists respond to one of three topics selected by ELGL co-founder Kent Wyatt. This week Adam Blowers, part of a trio taking on city manager responsibilities in Geneva, NY, writes about fatherhood.

I have one son who will be two at the end of April, another son due in the middle of May and a wife who will be getting lots of spa days as gifts in the future from us. Already I can honestly say that fatherhood has completely changed my outlook on life, both personally and professionally. On the personal side, the innocence of a child is so stunning and majestic that you want to hold onto it forever, begging them to never grow up. Having a child makes every situation better, especially situations that I don’t want to be in. I literally created a living, breathing excuse machine that can get me out of anything just by being hungry or tired.

On a professional level, coming home to a child that loves you unconditionally and wants nothing more than to eat blueberries and watch Daniel Tiger can fix anything that happens at City Hall. The simplicity of my son’s current priorities somehow provides me with an overpowering calmness that takes my mind out of work mode and into dad mode.
Being a father is a lot like being a comptroller of a city. In both cases, I have to choose my words carefully. I can’t say everything I’m thinking because I could set a bad example for my kids or upset members of the community, who I work for. Sometimes, things get you fired up. Like an angry resident yelling at you about a parking ticket or your son emptying out the dog food dish into the heating vent in your kitchen. In both cases, they should know better.

Here are some examples of how fatherhood has helped change my perspective on some everyday occurrences as a city comptroller by asking myself the question, “How would I respond to my kids?” So, when I receive a phone call about how terrible the roads are during a snowstorm, I can respond by saying, “It’s upstate New York in January. A snowflake or two is expected to fall and the temperature will feel a bit brisk… even slightly chilly at times.”

When someone stops into my office and complains that the City is broke so that’s why we didn’t fill a pothole on their street, I can say, “You’re right, I’m sorry, we only budgeted to fill 20 potholes this year and this one is #21. Maybe we can take a couple bucks from our 25% FUND BALANCE ON A $17 MILLION BUDGET AND GET THAT POTHOLE FILLED!” (not bragging, just sayin’)

Or when a resident emails me and says their water bill is outrageously high and that there must be a problem with our meter, I can tell them, “The reason your bill is high is because you filled your swimming pool, hot tub and watered your lawn all summer. Since all of those things tend to use a few extra drops of water and we coincidentally bill by the drop, your bill will be a few cents higher than it was in the prior quarter.”

In the end, I want to be successful in both areas. I want my kids to grow up and do better than I did and I want to make my city a better place each day. Fatherhood has definitely had a strong impact on my professional life, or comptrollerhood as I like to call it. It’s so much easier to let things go and smile during a horrible day at work when you know what you’re going home to… even if that’s dirty diapers and digging through the garbage for the remote.