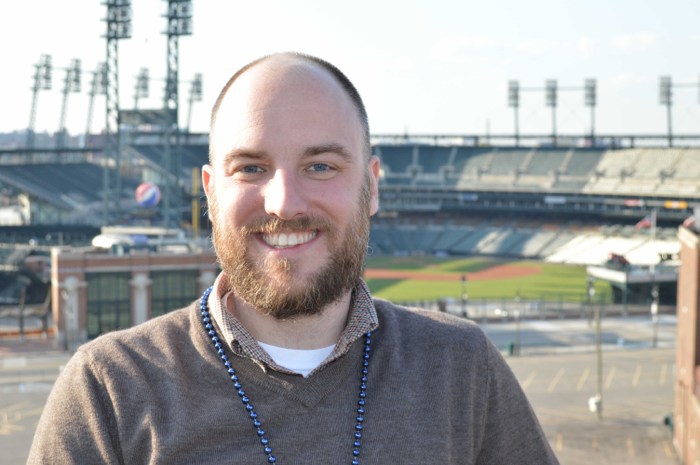 In this series, guest columnists respond to one of three topics selected by ELGL co-founder Kent Wyatt. This week, Nick Smith, City of Gaithersburg, MD writes about skills gained from volunteering for the Festival of the Bluegrass.

I didn’t realize this until I got into public service, but the Festival is just like government but with drinking — which we all WISH we could put on our resumes because … doesn’t that sort of seem more impressive?

But the reality is that over the course of a week, a whole tent city springs up at the Horse Park full of several thousand taxpayers ticketholders with needs & expectations about their property & events programming from a governing few who need to either plan & produce or face a revolt.

What’s more is, I’m not sure how much you’ve heard about Appalachia but the barren landscape that begat Bluegrass only did so because it was full of a proud, thick Scotch-Irish heritage that had been chased there by the Queen in the 18th & 19th centuries, so it’s not exactly the most authority-friendly place in the world.

So foremost, I’ve learned no-holds-barred customer service, because unlike a City Hall meeting there’s no specter of decorum, and authority is mostly a suggestion. It’s not always ugly, but it’s not always pretty, and it gives you a deep sense of how you can handle a situation when it’s urgent and important.

Communication’s a huge factor here, because you’d be surprised at how easy it is to come across as condescending when you’re trying to explain something obvious that doesn’t seem obvious to someone who’s full of moonshine at 3 in the morning — but for all the squalor out there, there’s an equal amount of scholars. So you have to remain flexible, and make sure you do that government buzzword thing of “meeting people where they are,” because if you don’t, they’ll take you there in a hurry.

Speaking of 3 in the morning, the second skill I’ve acquired out there is endurance. For the entirety of the event (including several days before), there’s always the sound of a banjo or a mandolin rolling over a hill, and sleep is a hot commodity — even hotter if the weather doesn’t cooperate — and nutrition’s even harder to come by.  It’s important to take loving care of yourself physically as well as mentally because it’s impossible to get back to the point of customer service when you’re on the verge of some sort of breakdown, so you have to just accept that the punches are going to come whether you’re ready or not and go along with them.

You’re not necessarily going to encounter this extreme working at City Hall (and if you are, you need to ask for a raise) but when I was new out there, I didn’t care a whit about Bluegrass music and I treated myself like garbage, and it showed in my work. The same thing applies at work; if you aren’t taking care of your mind and body, you’re going to burn out and the people who you serve & serve with all suffer.

The third skill is recognizing and making the most of the importance of community. The Festival has largely survived for its 44 years because of community on the micro- and macro- scales, from the villages that spring up during the event, to the people who take the experience and the impressions and the music home with them and coax their friends, neighbors, and relatives into coming back with them next year (and the year after that).

In practical terms, this task has been principally performed by the music, but more recently, we’ve challenged ourselves to find the intersection where that aging community meets the newcomers we’d like to bring in by combining traditional (print/graphic) and social media, without making either side feel marginalized. It’s been an interesting growing process, but really it’s no different than growing an engaged community in real life — aside from the fact that we can’t annex more of the Kentucky Horse Park, obviously.

Lastly, if anyone’s interested in being part of the government or the growing community at the Festival of the Bluegrass, they can send me an email: [email protected], and we’ll find a spot for them to camp.

I think that might be the wrong question, Kent … we might need to be asking if Luke Maye is literally Superman?