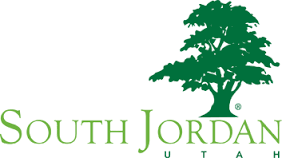 Some of you may know that in preparing for the 2015-2016 fiscal year budget the City Council, City Manager, senior staff and I engaged in a new priorities based budgeting format. Priority-driven-budgeting is a common sense, strategic alternative to budgeting. The philosophy of priority driven budgeting is that resources should be allocated according to how effectively a program or service achieves the goals and objectives that are of greatest value to the community. As those needs are identified and prioritized through discussion, a very clear picture of where to allocate resources emerges. As a result the City will once again have a balanced budget in 2015-2016.

One of the budget priorities for me since I became interested in local government has been seeing  that taxes reflect our actual needs. I am pleased to announce that after working with our City Council and city staff, that the 2015-2016 budget will include further reductions in tax revenue, meaning that the City will be taking less taxes. This accomplishment could not have happened without the cooperation of our excellent staff and employees.

Priority-based budgeting also requires elected officials to make fiscal decisions which benefit the long term financial health of the City. To that end, the City will be paying off $4,000,000 in debt from the bond used to purchase the Mulligan’s property. Reducing our debts improves our already well regarded credit ratings and improves the overall fiscal health of South Jordan.

Purpose of Priority Based Budgeting

South Jordan’s residents and elected officials disagree about a wide variety of political positions. That’s part of the political freedoms we share in the United States. Our shared commitment to efficient governance, however, will focus all of us on working together to find solutions that benefit our common good. Thank you for the privilege of serving as your Mayor. It’s great to live in South Jordan!