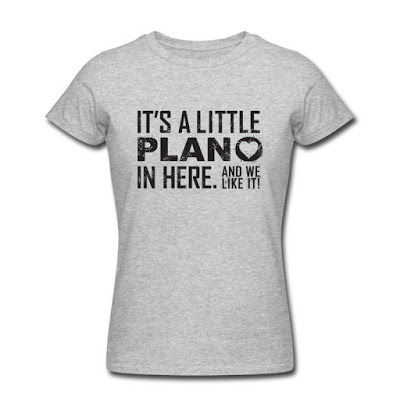 By Shannah Hayley, Director of Marketing and Community Engagement, City of Plano

Part of my strategy for marketing the City of Plano is to move it from promotion to content marketing. Content marketing involves creatively and strategically using all of your content resources. This effort is intentional. It’s also connected, meaning that one piece of content builds upon another in order to convert constituents from unengaged to advocate.

The act of those individuals behaving as advocates is called influencer marketing. In short, this is where marketing and community engagement meet.

When your constituents advocate on your behalf, they tell your story more effectively than you, the brand, ever could. Research shows that:

Plano encountered a perfect influencer marketing opportunity thanks to a comment made during the premiere of The Real Housewives of Dallas on Monday, April 11. Read the hilariously snarky recap here.

The night the show aired coincided with a hail storm in the North Texas region. I was monitoring our Twitter feed, responding to constituent comments and questions about the storm when a noted Dallas-Fort Worth social media influencer tagged the City’s official Twitter account with a note about the “Plano” comment.

I responded with a GIF of Taylor Swift singing “Shake it off.” That song was a phenomenon when it was released and refers to ignoring hateful comments.

That post has had thousands of views and impressions, in addition to the retweets and likes. More significantly, it led to new follows on our Twitter account – 1,000 in just 9 days. It’s also been embedded in media stories as well as copied/pasted onto Facebook.

Beyond our response, which was pitch-perfect for the media moment, Plano viewers watching The Real Housewives of Dallas responded to the “Plano” comment. One individual on social media demanded LeeAnne Locken, the cast member, issue an apology to him and to the City of Plano. LeeAnne not only apologized multiple times on social media and praised the City, she also stopped by the Plano Municipal Center to meet with our Mayor for a media-filled meeting.

Discussions erupted on Twitter and Facebook – and are continuing. Bravo Television, producer of the show, hosted conversations about the comment. Local radio stations fielded calls and on-air conversations about the comment. One of the show’s cast members wrote a blog extolling the benefits of the City of Plano. Media influencers who live in Plano, including nationally-syndicated KISS-FM radio show co-host Kellie Rasberry, responded publicly with their support and admiration for Plano.

Responses ranged from incensed to defensive to questioning. What was remarkable was the content shared by our constituents.

Measuring media reach and message penetration can be difficult. The “It’s a little Plano” comment allowed us to evaluate the effectiveness of our messaging efforts. We learned our citizens know our message and can repeat it, clearly and accurately. Even better, they were doing our work for us, without our prompting. Click here for a safe(r)-for-work review of the some of the social discussion.

For a week, that was our only public response to the social media firestorm. A simple, fun-loving tweet allowed us to make a statement but not push the response into a defensive posture by the City.

But in the background, the fun was just beginning. I noticed that the tenor of the conversation changed mid-week, with local businesses and organizations posting standard content along with the comment “It’s a little Plano in here – and we like it.”

That was too good of an opportunity for building civic pride to let pass. After running my crazy idea past our City Manager, I designed a shirt featuring the phrase “It’s a little Plano in here” along with the retort “And we like it!”

The solution was to upload the design to an online promotional company, Spreadshirt. The Spreadshirt platform allowed me to specify what type of products I wanted to feature my design on. This was important to me, since I didn’t want to see the design on a product that would cause me (or by extension, the City) embarrassment.

The other benefit of the Spreadshirt platform is that it allowed me to opt out of all commissions. This means that I could operate as a non-profit, earning no commissions for either the use of the design or the sale of products. The price displayed for the products is the price that Spreadshirt charges for the products we’re offering. I’ve put no money into selling shirts. My only involvement is my personal time for the design and to upload products into the Spreadshirt system. Likewise, I receive no money out of selling shirts.

My hope was this fun little idea gave Plano an opportunity to have some fun, seize the spirit of the moment generated by the Real Housewives of Dallas and virally spread Plano pride on shirts across the City.

Five minutes into the following week’s episode, I dropped the shirts onto Twitter from my personal account and tagged the show.

We had tremendous press coverage, locally and nationally, and successfully continued the conversation. Our shirts are selling (a surprise to me – I merely hoped people would have a good laugh about it) and constituents are making their own versions of shirts to wear. Local businesses have reached out for permission to use the phrase in displaying their civic pride.

Of course – giving permission is easy when the phrase never was ours to begin with: It started with and belongs to the community.

Why does all of this matter? The power of influencer marketing and social listening allowed us to: