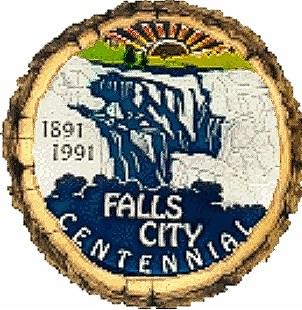 This is another installment of an ELGL original content series titled “Josh’s Job Search 2.0” by Josh Halladay. Halladay is sharing career advice that he is receiving in informational interviews.

Falls City is in Polk County and has a population of 947. Falls City is named after a waterfall in the Little Luckiamute River that passes through the center of town. In the past it was a lumbermill town and once had three mills in operation, a bank, hotel, soda shop, jail, and several grocery stores and bars. It formerly supported a large logging population and other population centers in the hills of the Coast Range, such as the smaller lumber-based community of Black Rock and the company-owned mill town Valsetz.

I was feeling thirsty so I asked Amber where the nearest store was so I could go get a bottle of water.  Half jokingly she informed me that Falls City sells water to other municipalities and it could be taken as an insult that the water was good enough to sell, but not good enough for me to drink.  And thus, I began learning the nuances of working in local government.

This was only one of many bits of information Amber Mathiesen gave me.  Amber is the City Administrator of Falls City, a town of less than 1000 residents located a half hour East of Salem.  It has four full-time employees, including Amber, two public works employees and a Deputy Administrator/Clerk.  The city has that small town charm which shows through Amber’s familiarity with the individual residence as well as the residents themselves (one rides a horse through the town).

A lot of positive change has occurred since Amber took the reigns.  The City has a newly hired code enforcer, the namesake falls being returned to public use with help from the City, and its own municipal court coming soon, recently paid off debt, and many new written policies.  There are also difficulties that come from working in a small city, such as an attic full of unmarked boxes of records.  There is plenty more that could be done in Falls City that the administration does not have the people-power to do.  This is where I come in.

Amber reached out to me after my last article in which I said I would be looking for an internship.  She asked what my area of interest was and, based on advice I have received, I answered budget.  The GFOA created standards for small city budgets, so this was the first task we agreed I would work on.  I have thus far spent my time on the job comparing the Falls City budget to the GFOA standards, identified information that is missing, and used other budgets to figure out how to present this information.  While the Falls City budget does explain where city finances come from and how they are disbursed, it leaves some to be desired for the GFOA standards.  I am closing that gap.

Along with guiding me through budgets, Amber has spent time talking with me about her experience in local government, Falls City, and some of the things I can expect when I reach gainful employment.  Amber has shared a ton of knowledge and even after the first day I could tell that the experience was going to benefit me.  I am continuing to conduct informational interviews to learn more about the various local governments and jobs within in the Portland Metro area.  I believe that this internship will serve as a good stepping-stone to future opportunities.  More coming soon.