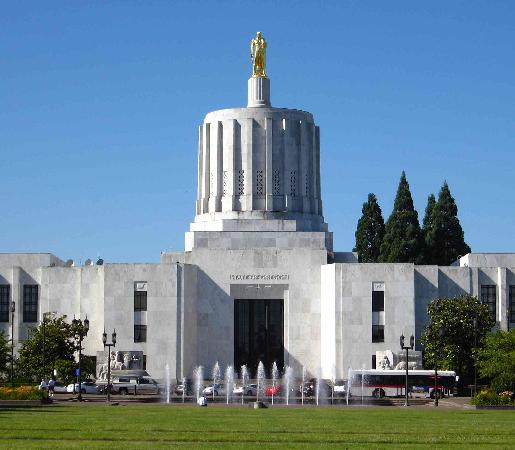 An Informational Interview with Jonathan Eames

After earning his Political Science degree from Willamette University, Jonathan Eames got his fresh start out of school as a legislative assistant for a state representative at the Oregon State Legislature. Half-way through the six-month session, Jonathan began looking for his next opportunity. He began reaching out to the majority and leadership offices. Jonathan eventually interviewed with a gentleman named James Carlson, the executive director of the Oregon Health Care Association and was hired shortly after to conduct communications for the company. Mr. Carlson, aware of Jonathan’s interest in politics, had a lobbyist position arise and promoted him after about a year on job. To this day Jonathan has a clear admiration for James “Jim” Carlson, whom he calls a bright guy and a wonderful mentor.

After about four or five years as a lobbyist for the Oregon Health Care Association, some folks approached Jonathan about fulfilling the role of executive director for the Washington Health Care Association, so Jonathan, his wife, and (almost-born) first child moved up to Olympia Washington. Jonathan, having been fairly young at the time, described the role as difficult and stressful and spoke about a balance between his ambition and his professional maturity level. “I think I did a good job despite being so young, and I learned a ton despite the difficulty. It pushed me to move forward and learn more.”

Opportunity came knocking again two years later and Jonathan, wanting to try to move out of the political world, helped own and operate Fuse Advertising Agency here in the state of Oregon. However, two years removed, the desire to be involved in lobbying eventually took over and Jonathan went to work for a group called Pac/West Communications, a large government relations outfit located in Wilsonville.

Ultimately, Jonathan cut out on his own and started Jonathan Eames Consulting a little over two years ago. Jonathan’s impressive portfolio ranges from Fortune 500 companies to small state associations.

Joshua Gregor (JG): Do you have any other employees?

Jonathan Eames (JE): It is just me. Although, I do have a lobbyist up in Olympia I’ve contracted and worked with on some issues up in Washington.

JG: What is a typical work week like for you?

JE: It is a lot of work. Your days and weeks are planned out far in advance. If you look at my calendar it is multiple meetings every single day throughout the week. Sometimes it is issue based, so if an issue pops up, you’ve got to address that fairly quickly and try to fit in meetings to talk to the right people. Some of it is also long-range planning — so if you are carrying out a strategic vision or carrying out a legislative agenda you’ve got to plan and prep for that — sometimes months in advance. Our legislative sessions are in February next year so we’re deep in the planning process for all my clients about what they are going to prepare for in this next legislative session.

JG: Do you attain your clients by referral or do you seek them out?

JE: Most of the clients thus far have been referral based, which has been great, and a whole lot easier. But at a certain level when we [the agency] grow and can hire more folks, we’ll start responding to RFP’s [request for proposals] and we’ll actually be a little bit more proactive in searching for clients. I’ve been very fortunate thus far in having folks seek me out.

Jonathan’s advice for staying proactive and vigilant during the job-search and beyond.

JG: So one thing I’ve noticed so far in your story is how your positive reputation has been critical for you in finding work. It sounds like you have had a lot of people approach you concerning job opportunities.

JE: I actually had to be proactive and seek the job to be a legislative assistant. I called some friends at the Capitol, did some networking, and ended up with Rob Patrick. I was down in Southern Oregon at the time. Similarly with the second job, when I was in the legislature, that was a real hard press. I started interviewing with everyone I could. That was a very proactive job search rather than a reactive. I don’t want to give the impression that people have only called upon me. When you’re first starting out you definitely have to go out and pound the pavement. You’ve got to go out and try and seek out those first contacts because no one knows you. Once you get a reputation, and hopefully that reputation is good, then it becomes easier because you have a large network, you know a lot of folks and you’re always talking to people. It is never easy. I mean it still isn’t easy for me. It is still difficult; you got to pay the bills… The important thing is, whatever job you have or whatever you’re doing, you may not love it but if you can draw out of it a positive experience and learning experience that is really important. My Washington Health Care Association job was hard and so was my advertising agency job, but I learned a lot from them. That has been key for me. I’ve taken every experience that I could take from a job and applied that to the next opportunity.

JG: How would you compare the acquisition of clients to networking and job-searching?

JE: I think that there are similarities in that you have to be vigilant; you can’t rest on your laurels. That is where I find people fall down on the job-search and with maintaining and managing clients. You can never stop communicating. You can never stop working to either get that job or manage your clients. I learned in my job at PacWest, if you don’t know what your clients want then there is a real big problem. You can’t have a client who is paying you and not know what their goals are. Similarly, when you are out there working to get a job, you have to look for and always have that next meeting set up. And that goes for carrying out a legislative agenda; you can’t just stop and say “I’m happy with my chances right now.” I see a lot of folks and do a fair amount of informational interviews with people who think that, “Oh I have a line on this job that I’m going to get” or “I’ve got a really good shot”, but no, you’ve got to set up the next four meetings in case it doesn’t work out or something isn’t perfect. 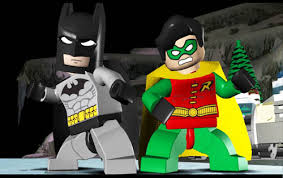 JE: Networking is huge; who you know is very, very important. Utilize your friends and family — see if there’s some sort of relationship you can use to put you another notch up or to find out more information or maybe a family member knows someone who is hiring. Use everything that you can get to get a job. It is not an easy job market out there. It may be getting easier, but it’s still difficult. A lot of people say that the first client is the hardest client to get because you’re an un-proven commodity. That first job is the same way. You can’t say to them, “Hey I did really well in my last job and they love me there” because you don’t have that yet. They have to take a chance on you a little bit because you’re unproven.

JG: Do you have any advice for job-seekers or anyone looking to build their personal network?

JE: Use every opportunity as an opportunity. You never know what might work for you. Every open door is an opportunity. I used to have these preconceived notions of what kind of job it was, what the situation was. Don’t close your mind off to anything, especially when you’re looking for your first job. Keep it open because you never know what could work for you. There’s a balance of, hey I need a job and I want to do something in particular. Some people are way too picky and they shoot themselves in the foot because they don’t keep their mind open to opportunities. Wherever I worked I always kept my mind open to opportunities. Never shut the door on something, because you don’t really know what it is all about unless you’re in it and doing it.

JE: My wife and I just went (sans kids) to Hawaii. Before I had kids I would be gung ho about going out and doing a whole bunch of stuff, mapping out the whole day, doing two or three things a day, really soaking up the whole experience. Now, after I’ve had four kids and you’re pretty tired, I just love sitting by the pool and drinking my… (non-alcoholic) drink and reading a book. I know that sounds lame, but Hawaii was wonderful. We’d wake up, exercise every day so you’d have that extra energy and feel really good. I think ideal vacations are going to change in my life. I’ve got four daughters under seven years old right now. That perfect vacation is going to be different than what it was beforehand. But right now, the whole sitting by the pool relaxing thing… That’s great.