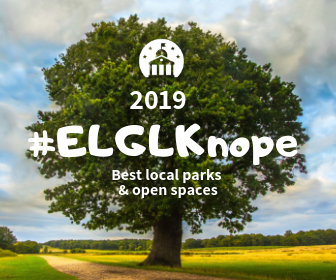 The #ELGLKnope award recognizes the best places in local government.

The #ELGLKnope process starts with nominations – nominate your favorite publicly-owned local park or open space (owned and managed by local governments), and we’ll cull through the nominations down to a field of 32 that will meet up in a bracket style challenge during March 2019.

ELGL members get priority nominations, so if you’re not yet a member, sign up today! The parks in the running for the #ELGLKnope award get fame, recognition, and community support to showcase community pride and parks excellence.