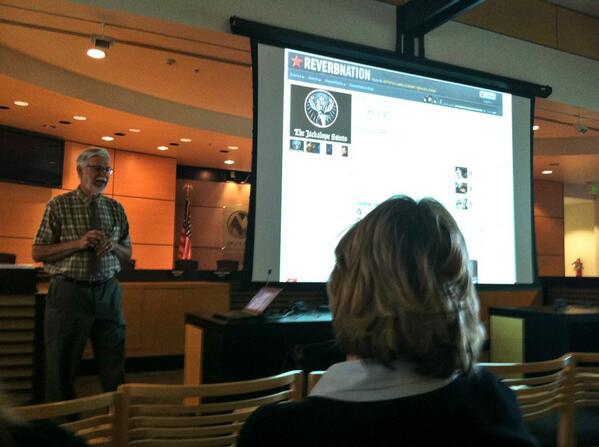 Professor Charles Heying explores alternative economies of the post-industrial age, including Portland’s artisan economy. He teaches courses in the subjects of green economics, sustainable development, urban social networks, localization, community development, and the sociology and politics of urban life. He is fascinated by the ways people live and work in an increasingly global world. He questions if place still matters and if place is powerful enough to be self-sustaining.

In 2010, Dr. Heying penned Brew to Bikes: Portland’s Artisan Economy,published by Ooligan Press. Dr. Heying enlisted student writing and research and purposefully addressed a broad audience. The book describes Portland’s artisan economy where craftspeople create, produce, and market one-of-a-kind items from microbrews to custom bikes to fashion. It frames the old-fashioned approach many Portlanders take to carve out a living on their own terms. Dr. Heying chronicles this movement’s direct response to globalization and displeasure in sameness. The result is a location-based identity of superior design and quality and an intentional snub to mass consumer society. However, he argues the downside includes mounting competition with other artisans and a lack of separation between life and work. He started the Artisan Economy Initiative blog to explore these themes further online.

Engaged personally in the artisan economy his whole life, Dr. Heying spent years as a potter, farmer, and wood craftsman. As a cabinet maker in Los Angeles, Dr. Heying learned how to get along, collaborate, and unionize, lessons he brings to his teaching practice.

While we can all get behind either brews and/or bikes, it hasn’t always been clear on how these two items impact your daily economy. Fear no more, our Knope this week, Dr. Charles Heying gave us a bookful of knowledge on how the Artisan economy which includes brews and bikes can have a meaningful impact of the daily economy. Look no further, than Bend and Portland, for models of cities that have been transformed by the Artisan economy.

Portland’s artisan economy is not confine to traditional cultural areas

What is an artisan economy? Hand made vs mass produced, variation vs uniformity

Dr. Heying says even local governments are becoming more artisan as they approach problems case by case instead of uniformly

Artisan economy is work as a vocation, it follows the rhythm of the season or project rather than fixed and monitored

#econdev should be done through local economy, not thru big business. So our kid’s lemonade stand has a chance.

Why now? Digital revolution produces a new marketplace that favors niches over hits.

Why worry about conventions when that industry is in decline. Focus on Artisan economy. Convention center hotel is a waste of money.

Dr. Heying questions the value of big events like Olympics. Wonder what he thinks about Moda Center.

Etsy, Kickstarter, Steampunk Jewelry, and Reverbnation were all covered in our hour session with Dr. Heying. We’ve covered our takeaways from the presentation, and luckily, you can create our own takeaways by downloading Brews to Bikes: The Artisan for free. Now there is a Christmas gift we can get behind.

I was intrigued by the way Dr. Heying framed the parallel between liberal and conservative viewpoints: both groups are concerned with “bigness”, big business on one side and big government on the other. It was interesting to hear how the artisan economy works in contrast to the “bigness” of globalization. I’m looking forward to checking out his book!

After hearing Dr. Hayes tell us that many of the businesses in this new economy are created by artistic and creative types of people, I was pleased that Clackamas County Tourism recently dedicated a Board Position for a member of our local artist community/arts alliance to reinforce those potentially overlooked opportunities. Very provocative talk! Thank you to ELGL and Metro for hosting us.

I learned that local gov must be nimble and creative in their approach to strictly enforcing existing code/regulation if they’re to support the Artisan economy.

I enjoyed reading Dr. Heying’s book a while back so I was very excited to hear him speak. During his presentation, I found his slides depicting various websites that cater to artisans very fascinating. The internet has become a great place for like-minded individuals to connect and share their artisan goods and services.

It is clear that I’ve underestimated the Artisan economy. Dr. Heying did an excellent job of framing the Artisan economy and discussing its current impact on Portland. It is hard not to appreciate a guy who lets you download his book for free.

I was amazed to learn about the large financial impact of the brewing industry in Oregon. This really refocuses my thoughts on Artisan economies.

Although many artisan businesses are thought to be a product of “Portland Culture”, it is unclear how many cater to local consumers who may be priced out of many of these markets.

I liked his ideas about how the internet allows niche communities to find each other easier than ever before.  Then because these groups can find each other it transforms artisan economies because there’s now a market for what would have otherwise been obscure goods and services.

I appreciated Dr. Heying’s approachable and interesting presentation style and topic.  He provided perspective that is valuable to public sector administrators, and I am pleased that we had the chance to learn from him.