And the winner is…..

Co-Author of The Metropolitian Revolution

Vice-President at the Brookings Institute

Bruce Katz is a vice president at the Brookings Institution and founding director of the Brookings Metropolitan Policy Program. He is also co-author of The Metropolitan Revolution (Brookings Press, 2013), a distillation of his work on the emerging metropolitan-led “next economy” and its practitioners around the country working to produce more and better jobs driven by innovation, exports and sustainability. 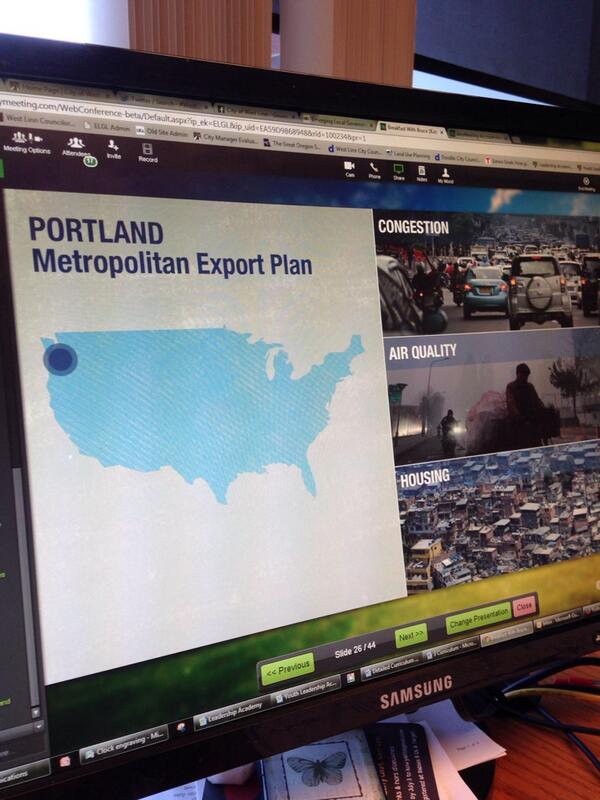 For starters, Bruce Katz is the Lebron James of the local government movement. The Metropolitan Revolution, which he co-authored with Jennifer Bradley, details the successes of regional collaboration and the need for more of it going forward. Bruce took an hour to spread the “gospel” of the Metropolitan Revolution during an ELGL webinar this week and here’s what we learned.

The US is experiencing a rapid power evolution from the federal level to a regional and local level. Cities and counties must quickly acknowledge this radical transformation and take advantage of the enormous social and economic opportunities this evolution presents.

Bruce’s presentation was great! The idea that cities and metro areas are where change can happen and expand is important, especially with the ineptitude of the federal government.  I also really love the notion that strong economies need to make things and export goods, and that metros can strengthen their economy by doing exactly that. 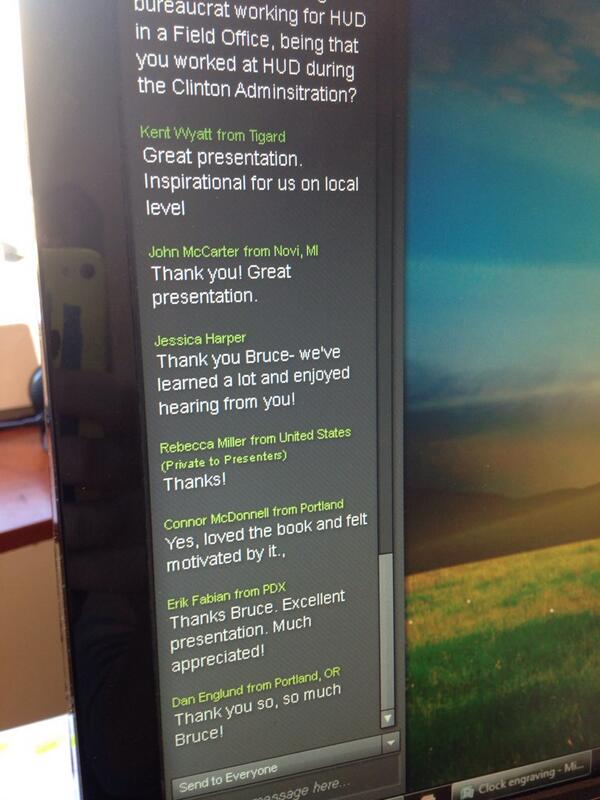 Bruce Katz is an innovative, forward thinking leader on the future of cities and economies. His work is outstanding yet very practical. ELGL was fortunate to spend an intimate morning webinar him. The Metropolitan Revolution is real and Bruce is leading it.

Jessica Harper, City of Gresham, Assistant to the Mayor

Bruce’s presentation and Q&A were informative and honest. His remark that suburbs aren’t ending but rather urbanizing really hit home for me and the trends I see in the City of Gresham.  As Bruce so eloquently said, it isn’t time to panic, it is time to adapt. Props to ELGL for scoring such an impressive presenter & big thanks to Mr. Katz for taking the time!

Bruce has shed light on the need for regional cooperation and the ability “to get things done” on the local level. The Metropolitan Revolution book will be a must read for practitioners and students for years to come. His remarks should inspire all of us in the public sector to take on the role of agent of change.

The largest takeaway from Bruce Katz’s webinar is importance of that the Cities, Counties, and private sector within a metropolitan being well-connected, networked in, and having opportunities to formally and informally engage with each other to make public policy, build public projects, and innovate. I also highly recommend the book.