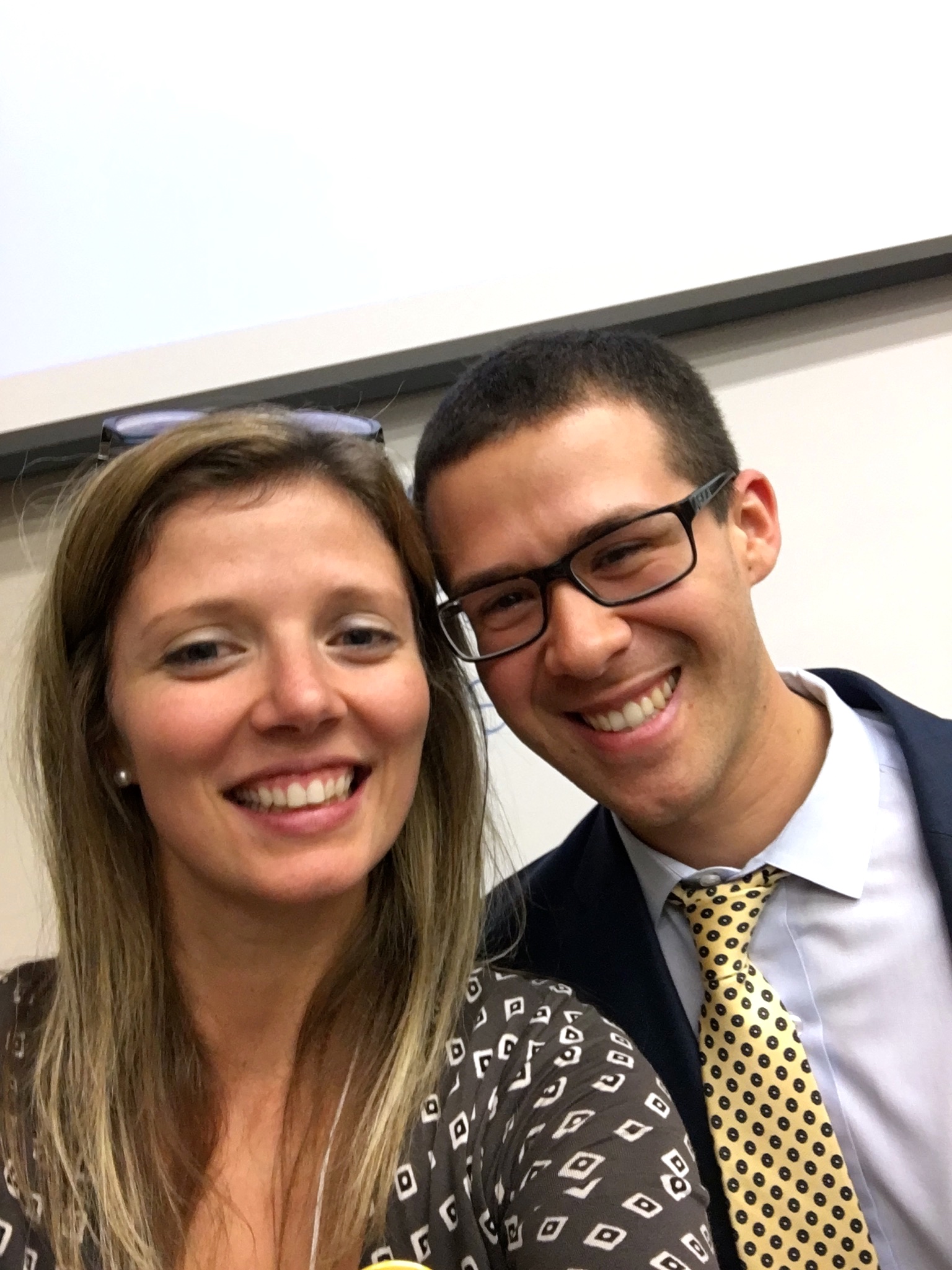 By Robbie Lippard – LinkedIn and Twitter
Imagine finding yourself perusing the breakfast buffet at a conference. The only indicator as to what state you’re in takes form in the sustenance before you. Chicken biscuits are offered. Then, you hear your name called: “Robbie!” My head swirls around the atrium seeking out my name caller. I spot Johanna Hawfield Foster, a UNC MPA alum, who within a moment of meeting the previous evening, generously offers me a ride to the happy hour leading to the Dean’s Dinner. “Did you make it home okay!?” Jokingly inquires Foster. As a native of Raleigh, NC I may be biased, but I am acutely aware of North Carolina hospitality. From my eyes, chicken biscuits and unsolicited car ride offers within seconds of encountering fresh faces is what North Carolina holds it’s hat on.

On a weekly basis I scour the job boards ELGL publishes. Back in September I saw UNC’s MPA Conference advertised. I took it as my best opportunity to meet the Wyatt’s in person. Of equal value was reconnecting with those whom I had met during my day of shadowing Ron Carlee down in Charlotte, NC, as well as getting my name out with state and local government employees. While I still have roughly six months before I exit George Washington University with my MPA degree in hand, I am cognizant that I need to create as many options as I can now-be it in North Carolina, DC, or elsewhere-and judge them later. But what of the conference fee and air travel costs for an in-debt graduate student? That’s what the GWU Career Center Professional Development is for! With those costs covered, I aero-planed south to North Carolina.
The conference kicked off with words from UNC Chancellor, Carol Folt. She explained how in an increasingly complex world filled with varied interests, local governments need minds willing to unite differing interests at one table. For her, UNC’s MPA program prepares emerging local government leaders to create forums for which all relevant interests have a seat at the table. She also captured graduate research succinctly: “It is all about understanding where and why gaps exist, and how to shrink those gaps.” Regardless of whether you attend(ed) GWU, UNC, or another MPA institution, we public administration students are learning on the job how to apply this thinking. If we are unmindful of Chancellor Folt’s wise words, we are doing a disservice to ourselves, our organizations, and the public.
My conference highlight was the discussion of leadership by former New Jersey governor Christine Todd Whitman. Governor Whitman’s began with a lead off question: “Does anyone actually master public administration?” From there she rattled off advice from her experience in politics, ranging from simple yet powerful words like “You can’t make a decision that makes everyone happy.” She also implored women to “Take a chance,” and with these recent findings I wholeheartedly agree. She also spoke in depth about the increasing extremes both sides of the political spectrum are leaning towards. For her, the solution to getting divergent parties to work together: “Listen to them. Really listen.”

Scott Mooneyham of the North Carolina League of Municipalities served as the closing speaker of the conference with survey results I found surprising. While it’s no secret that public trust in public institutions is at historic lows, Mooneyham revealed that 78 percent of North Carolinians are satisfied by the services they receive by their towns or cities. Moreover, 86 percent believe that towns and cities should have more control over local law. The localism does not stop there. Overall, North Carolinians believe that if citizens are being taxed locally, then those taxes ought to remain in the local economy.
I, like countless others, see the extreme positions politicians in Congress take and am left in wonderment over who these politicians think they’re representing. It goes back to Gov. Whitman’s pronouncement that the divergent interests are crippling efforts to grease the wheels of the Washington political machine. So with that, I suppose it makes sense why the League’s polling results touch on the higher trust and satisfaction North Carolinian’s are placing in their local governments. While my objective evidence is lacking, perhaps what our towns, cities, counties, states, and country requires is to vote for those with legitimate local government experience, and encourage those elected locally to run for higher office.
I’m beginning to learn ELGL is not content on merely showing up at conferences, but throwing top-notch happy hours as well. No sooner had I left the closing ceremony then had I ended up in a classroom with ELGL folks, sipping on tasty NC brew, and answering trivia questions with my “Lo Go Gadget” trivia team. Southeast ELGL Advisory Board member wouldn’t even let me drive away without sneaking in a selfie.