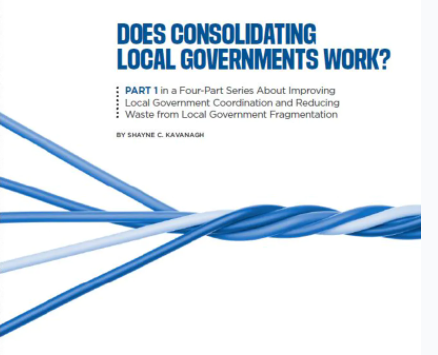 This research paper was shared with ELGL by our friends at the Government Finance Officers Association (GFOA).

Local governments spent about $1.9 trillion in 2017, collectively. This was more than all fifty states together when we remove money passed through to local governments. While this might seem surprising, it might be less surprising when you consider that there are over 90,000 units of local government in the United States providing services such as education, public safety, public health, utilities, transportation, recreational opportunities, vital record keeping, natural resource conservation, and more.

Is there too much fragmentation in local government?